With a quality circus show with the best international artists, the Chola Chabuca continues to delight the public with “Volver” in Plaza Norte and precisely on Wednesday night it was its official premiere for the first time with local showbiz stars such as Carlos Cacho, Deysi Araujo. Karla Tarazona and Naamin Timoyco.

In order for her performances to last over time, the popular Chola Chabuca said that she will release a book of stories inspired by her circus. “I have prepared a complete story of the Chola Chabuca circus. There are two publishers that are helping us with this launch. Now we are in print”said.

He indicated that the stories deal with the performances of the show “Volar”, in which the Mexican actor Édgar Vivar and Paricia Barreto participate and also about the Chola Chabuca show.

“This is a job that we have done with illustrations, so you are going to love it”said the Chola Chabuca, who added that she was motivated to venture into this facet by her son Gael.

Regarding her circus show, Chola Chabuca commented that They have brought the largest investment under the largest tent in Peru, because the public deserves it.

“That is why there are tickets accessible from S/ 20 on Teleticket and that does not mean that investment has not been spared. in the best technology in sound, lights and effects, the artists with the greatest trajectory and of the moment to surprise them. In addition, there are world-class numbers “he referred.

Though He has proposals to take his circus show to Chile and Ecuador, he assured that for now his priority is Peru. 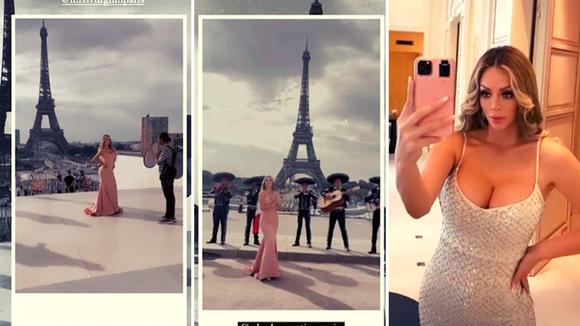