42 years after the premiere of the Mexican cinema classic lagoon my neighborhoodarrives a theatrical version produced by Alejandro Gou and Claudio Carrerawith which it seeks to refresh the story that at the time was carried out by the remembered Manolo Fabregaslike the noble “Don Abel”; Villa fightlike the cake “Doña Lancha”; the deceased Hector Suarez “The Suspenders” and a popup Leticia Perdigon In the role of “Rita”.

counted as “a love story for the neighborhood and popular urban folklore”, lagoon my neighborhood 2022 will be presented with the performances of Ariel Miramontes AlbertanMaribel Guardia, Lisardo, Alma Cero, Freddy and Germán Ortega The MascabrothersVioleta Isfel, Jose Luis Guarneros the macaque and Lenny Zundel, and the theater debut of Laura León the little treasure in a stellar performance.

“It is a film that was iconic in the 80s, from the time of the film of the files, it became famous because it had a very white humor, very familiar and Claudio was very eager and finally this dream could crystallizeit is an honor to share with each and every one of the actors, they are dear friends”, he told a press conference Ariel Miramonteswho together with Daniel Chavez he wrote the adaptation of the work that will also feature a live orchestra and an ensemble of dancers. 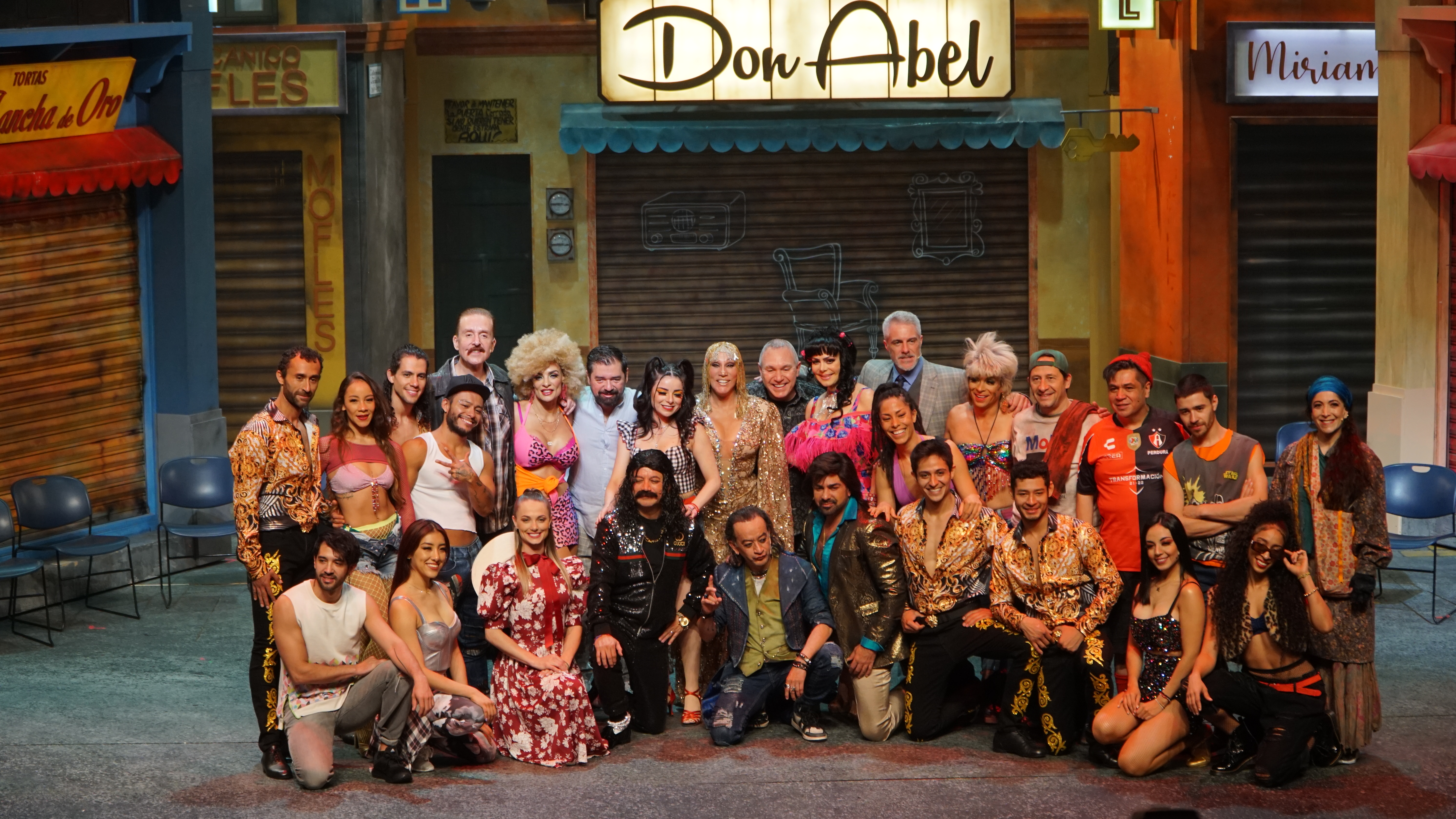 The work is a free adaptation made by Ariel Miramontes and Daniel Chávez, of the 1981 film (Photo: Oliver Campa/Infobae)

“We are rescuing all that popular urban folklore that exists in our city, It is a tribute to our city, to our people who are hardworking, cheerful and mischievous, folkloric”, said Albertanwho will give life to a character similar to “Suspenders” in this free adaptation that will feature music by The Bukis, The Blue Angels, Molotov, OV7, The Black Angels and Nelson Nedamong others.

In this staging, new characters and situations will be added to give the plot “up-to-date”: “What we did was create new antagonist characters so that there would be more conflicts in this story, those who are fans of the film will meet new characters like the of soul zeroWhat is it ‘The jarocha’, freddy ortega What is it ‘The Ayuwoki‘, ‘El mantecas’, ‘El Chabelo’ and ‘La Britny’”counted Albertan.

But this area, located northwest of the Historic Center of Mexico City, in the Cuauhtémoc Mayor’s Office, is a traditional neighborhood of formal and informal commerce, where all kinds of merchandise and “collectible” items are offered, from furniture, “old” books and antiques, to shoes, clothing and household items. Some of the actors in this montage have been very close to the historic neighborhood of the Mexican capital and thus shared it.

“I have gone to La Lagunilla, especially when Julián (his son) was little, I loved going there to buy backpacks for his birthdays, I bought them and had them put Julián’s name on them. Y I dressed up to be able to enjoy myself, because there is a very loving public, very effusive, So I dressed up, I was the happiest. 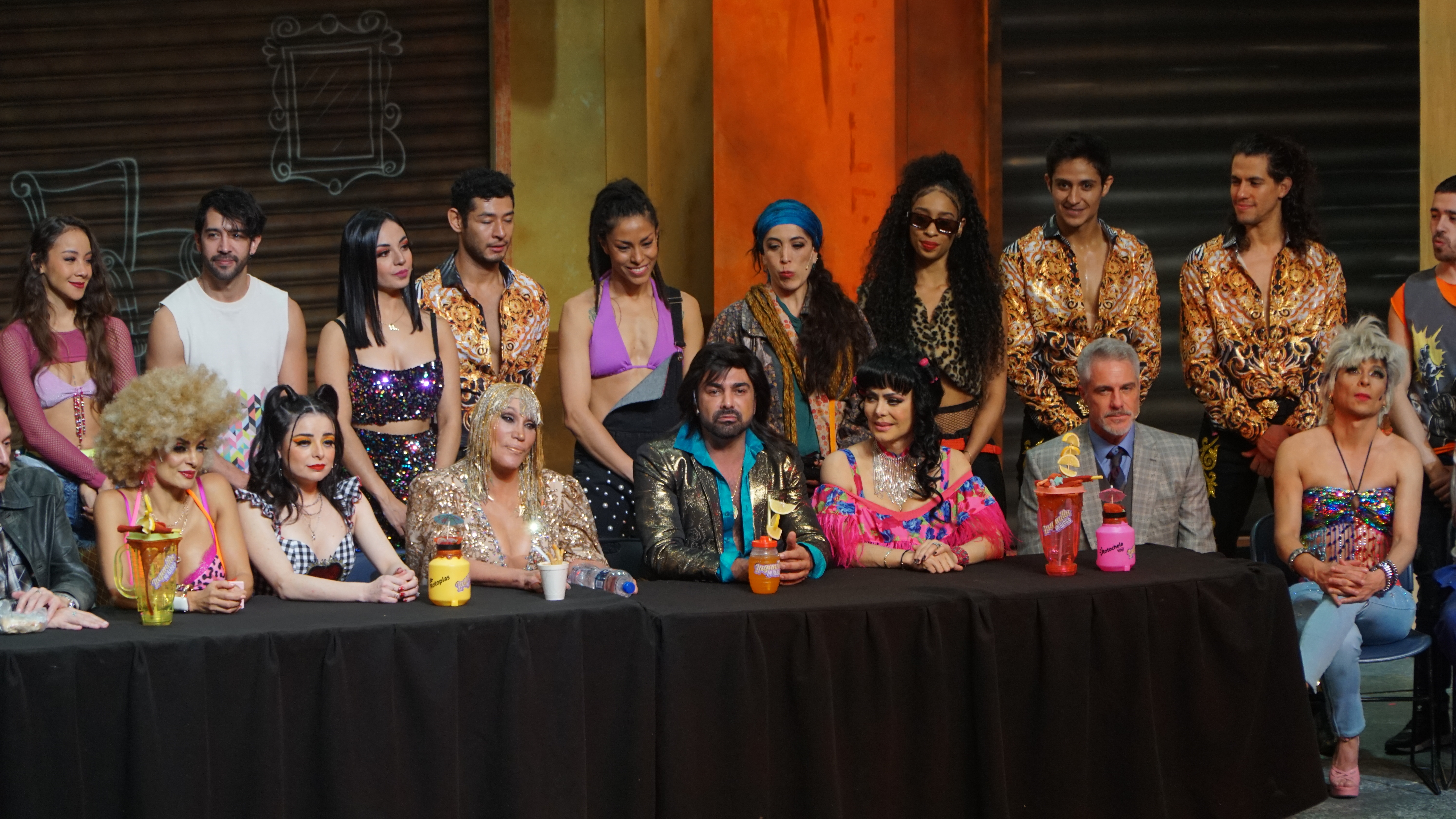 “We have been here every day from 8 in the morning until 8 at night, rehearsing so that it is worthwhile for people to pay a ticket and have a great taste in their mouths,” said Maribel Guardia (Photo: Oliver Campa/ Infobae)

“I would recommend it to people who come from abroad, they have to go, learn about the tradition, the folklore of our people, this is one of the most traditional and typical neighborhoods in Mexico,” he said. Maribel Guardiawho will play the unsophisticated owner of the tortería, “Doña Lancha”.

For Isfel VioletLa Lagunilla is “a fundamental part of his life”, and a recurring destination on his trips to Mexico City: “I grew up in La Lagunilla, come to Mexico City, which by the way, I lived in the State all my life, between Ecatepec and Coacalcoit was quite an adventure because you find everything, my first dance shoes are bought there, the school shoes, coming to buy what if the supplies, what if the backpack, all those things to be able to get to school we found in La Lagoon”

“It has been a fundamental part of my life. Now there is a metro, before there wasn’t, it was a pain to be able to get there and now you can get out of the subway and fly in”, said the actress who will give life to “Rita”daughter of “Doña Lancha” and partner of Albertano.

Likewise, the Spanish actor lissardwho has been working in Mexico for two decades, said to himself “a neighborhood man”: “I have lived here on the street of Puebla, from the first moment I arrived they put me to work here, I did The Miserables here (referring to the theatrical space located next to the La Romita neighborhood), I have traveled throughout the republic, I have been here for 20 years, Of course I have been to Tepito, I have been to all the most unlikely and charismatic places in this beautiful country, when I’m not on stage I’m still a neighborhood man”. 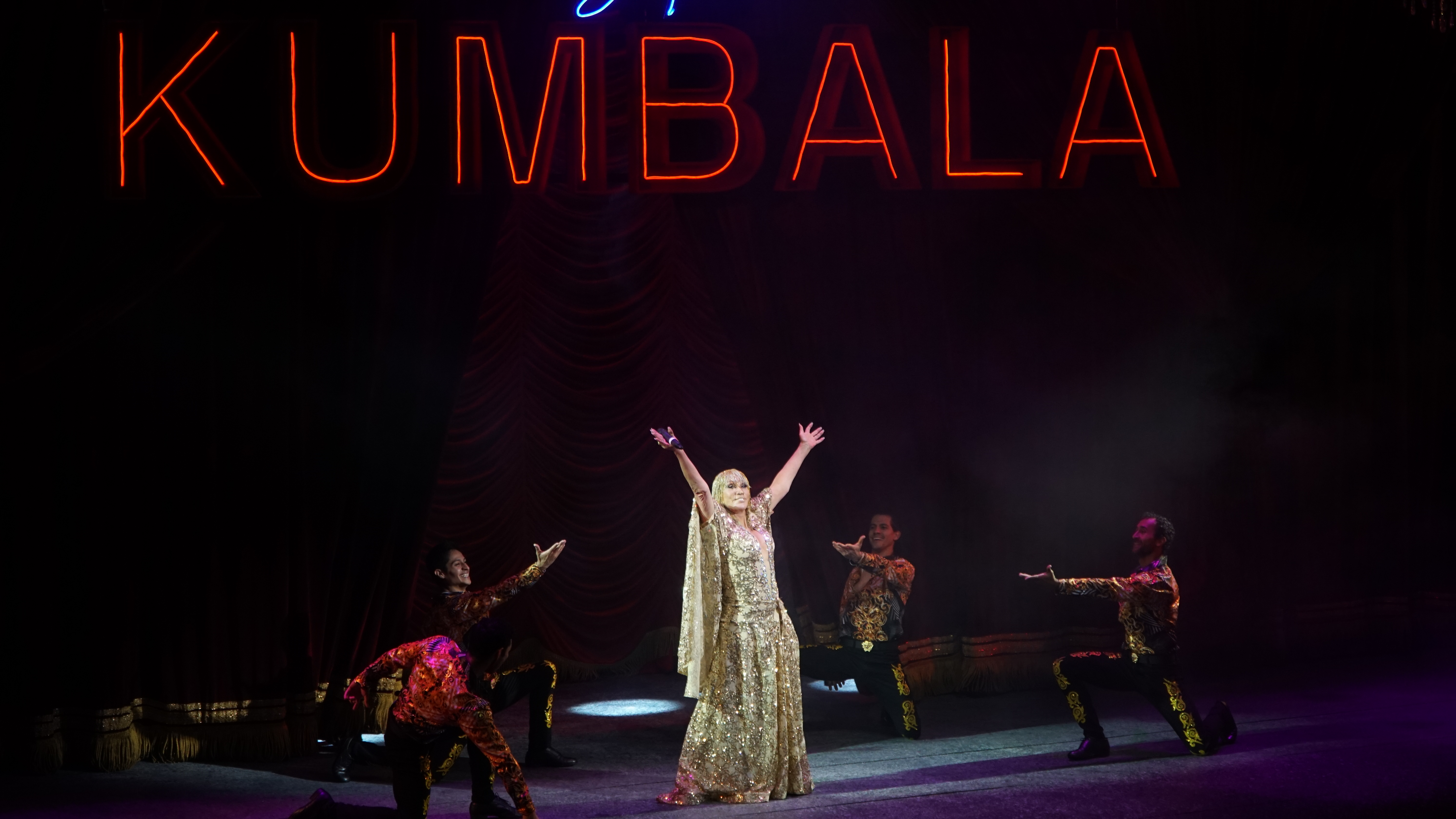 Laura León will make her theater debut with a special participation; she will be the singer of the “Salón Kumbala” (Photo: Oliver Campa / Infobae)

For your part Ariel Miramontes He said that he knows the traditional fixed market of the neighborhood perfectly: “During the time I was studying at the Fine Arts theater school He lived on Belisario Domínguez street, almost in front of the Blanquita theaterthree blocks from La Lagunilla, so I know it perfectly, I know the market of several, all the corridors, it was my neighborhood for ten years, I know its people… apart from all of us who dedicate ourselves to this (acting) if you need that a shoe, a ribbon, you go to the Market of several”, said the actor.

lagoon my neighborhood It will be presented from next September 2 at Theater 2 of the Telmex Cultural Center and the announcement of a tour of the interior of the Republic is expected.

Mexico finds a well-preserved Novohispanic wall in the La Lagunilla neighborhood
Finding in Lagunilla: INAH found a 20-meter-long New Spain wall
The collapse of “Púas” Olivares: the boxing champion who sold his trophies in La Lagunilla
Criminals from “La Unión” will charge a bonus to the merchants of Tepito and La Lagunilla