The Latin AMAS (Latin American Music Awards) they are one of the most important Latin and Hispanic music awards in the United States, only behind, perhaps, the Latin Grammys, where the attention of the Hispanic public is attracted by its greatest artists, singers and celebrities. This award is scheduled for this April 21 at 7:00 pm from the Michelob Ultra Arena in Las Vegas, so you can be close to said award.

A message of peace for Ukraine

Farruko, Prince Royce, the members of the Black Eyed Peas and more Latin artists came together to sing an English and Spanish version of the song “Where is the love”. They all wore white suits to send a message of peace about what is happening between Ukraine and Russia.

Chiquis, Farruko, Caliber 50, Black Eyed Peas and more artists joined the Ukrainian singer NK to perform ‘Where Is The Love’ and send a message of peace at the Latin American Music Awards 2022. https://t.co/ f6gx7zAlaW #LatinAMAs

The hit song “Dákiti” by Bad Bunny and Jhay Cortez was positioned as the best in the Favorite Urban Song category at the Latin American Music Awards 2022.

Jhay Cortez and Mia Khalifa arrive at the Latin AMAs 2022

Jhay Cortez, who has been nominated in several categories for the Latin AMAs 2022, shone on the red carpet with his girlfriend Mia Khalifa.

Accompanied by Mia Khalifa, Jhay Cortez revealed how he feels about having swept the nominations at the Latin American Music Awards 2022. https://t.co/62dy8eprx0 #LatinAMAs

Another detail that has caught the attention of the fans of the Latin AMAs 2022 is that the presence of Gloria Trevi was announced on stage, performing her new song “La recaída”. It is worth mentioning that this release has attracted attention because the Mexican explored flamenco rhythms in her song. 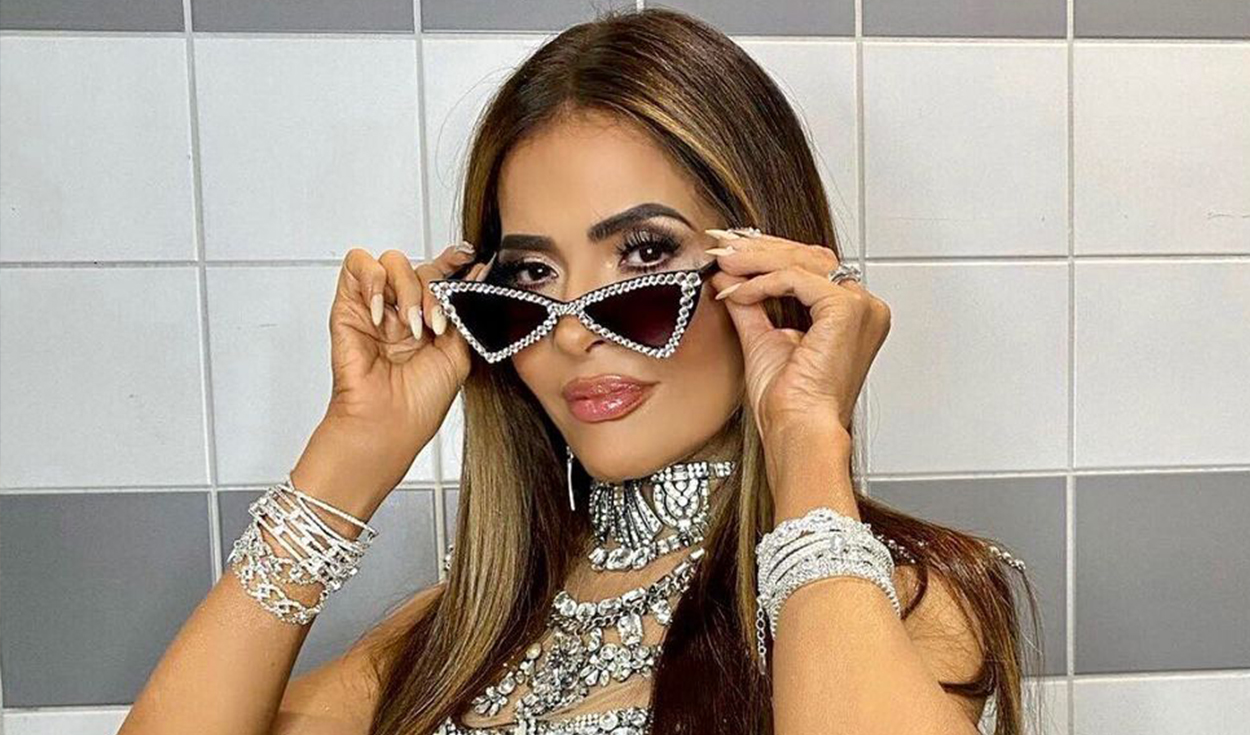 Black Eyed Peas will perform at the Latin AMAs 2022

The American group Black Eyed Peas announced that they would be in charge of starting the event with a special presentation of their song “Where is the love” in Spanish. As is known, the group has already collaborated with other artists such as J Balvin at the 2020 Spotify Awards. 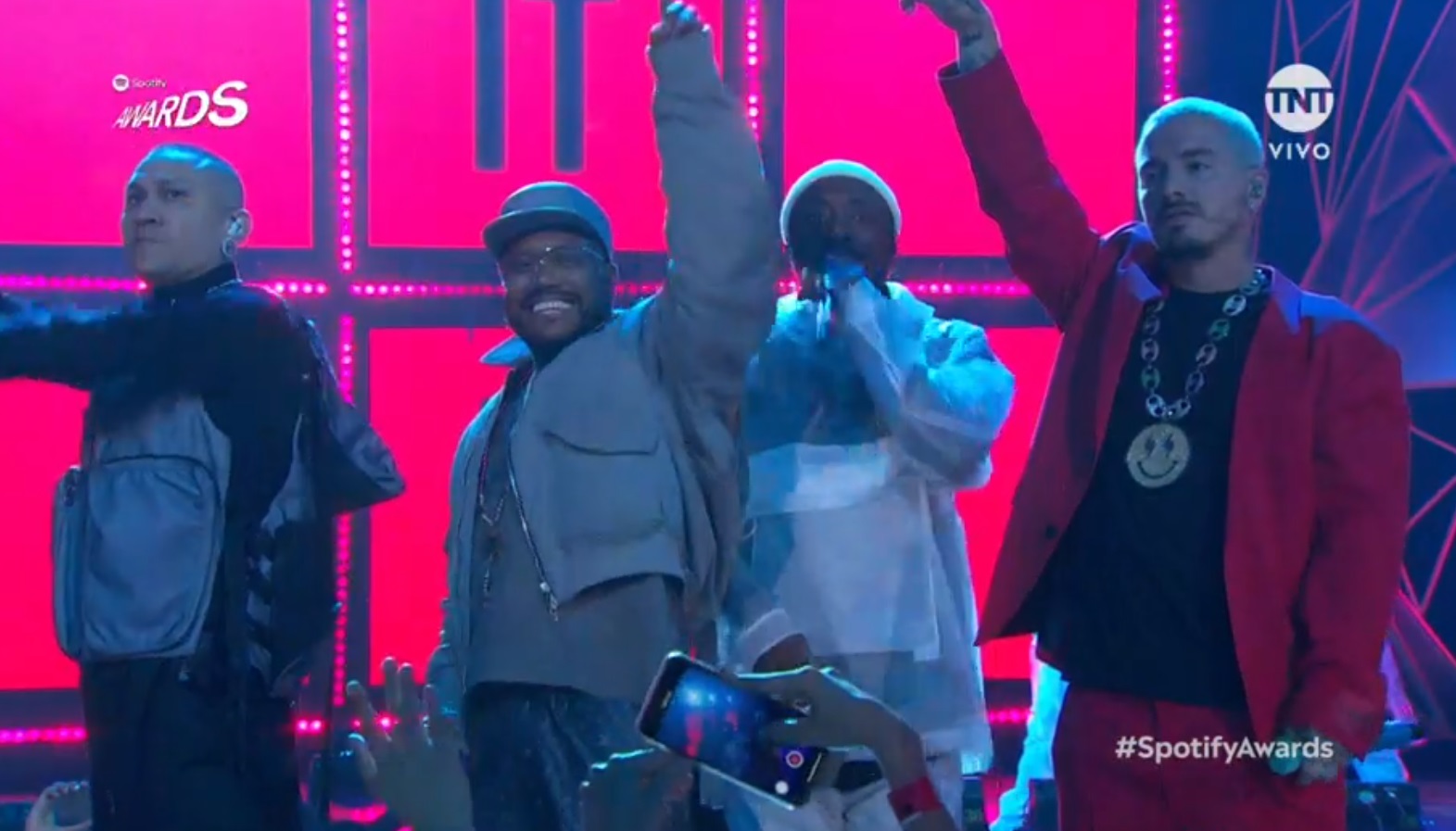 Nicki Nicole will not perform at the Latin AMAs 2022

Through her Instagram account, Nicki Nicole informed her followers that she will not be able to be present at today’s gala due to complications with her flight to Las Vegas. However, the Argentine singer sent a message of encouragement to her partner María Becerra, among others. 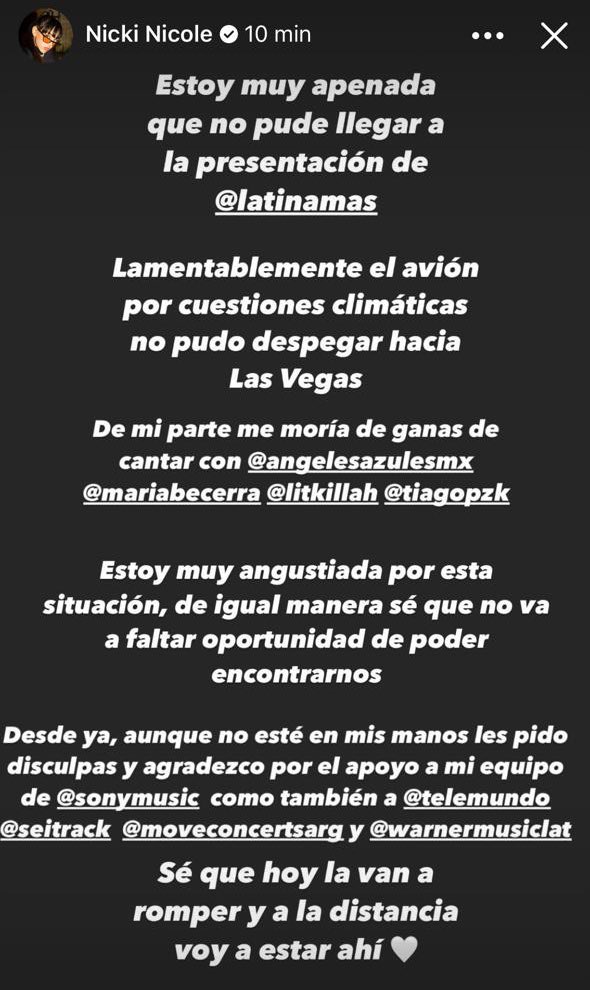 Who are the favorites of the gala?

According to social networks, fans of the CNCO group have become a trend on Twitter with the hashtag “CNCO Enciende los Lamas” in different Latin American countries. One of them is Argentina. Fans of the band share their excitement regarding the performance that the members will give during the ceremony.

The ceremony is about to start!

Live the minute by minute of the Latin AMAs 2022 through La República Espectaculos.

Learn more about this ceremony, such as the list of nominees, the artists that will be presented, the hosts, and how to stay tuned for all the important moments of it FREE ONLINE LIVE. Artists like Bad Bunny, Karol G, J Balvin and Rosalía will compete in more than 25 categories. Here we share all the details.

The ceremony will take place live this Thursday, April 21 at the Michelob ULTRA Arena at the Mandalay Bay Resort and Casino in Las Vegas.

Who will perform at the 2022 Latin AMAs?

It has been confirmed that the artists who will be at the award ceremony are CNCO, Jesse Joy, Luis Fonsiamong others

Who will animate the Latin AMAs 2022 gala?

The presenters of this musical gala will be Rafael Amaya, Jacqueline Bracamontes and Cristian de la Fuente.

How to watch the Latin AMAs LIVE?

Telemundo Internacional will be the signal that will broadcast these awards throughout Latin America and the Caribbean.

YOU CAN SEE: Latin American Music Awards 2022: know the complete list of nominees for the awards

Where to watch the Latin AMAs 2022 LIVE ONLINE FOR FREE?

If you cannot access the Telemundo Internacional channel, you have the option of following this show through the La República Espectaculos website, with all the events and anecdotes of it.

During Thursday, March 3, the names and categories in which the Latin American artists who have been nominated will compete were announced. Find out all the details here:

Artist of the Year

new artist of the year

Album of the year

collaboration of the year

viral song of the year

tour of the year