Leonardo DiCaprio never does things by halves. While the actor recently invested in the Telmont champagne house, whose estate is located in the Marne, a photograph of the 47-year-old American actor visiting the estate was shared by the Champagne house.

A concerned shareholder. After Brad Pitt and Georges Clooney, Leonardo DiCaprio has also invested in high-end spirits. Having become a shareholder of the Telmont house, a few months ago according to the newspaper l’Union, the interpreter of “The Revenant” split a small visit.

Information shared by the castle itself, which posted a snapshot on its social networks showing the actor in the vineyards, very attentive to the explanations of Ludovic du Plessis, at the head of the house. No specific visit date has however been revealed, but according to the newspaper l’Union, it could have been taken before Leonardo DiCaprio went to Cannes for the AmFar Gala, which was held on May 26. .

A collaboration started on good foundations

One thing is certain, however, the presence of Leonardo DiCaprio in the capital of Telmont champagnes enchants the house. “We are delighted to have recently welcomed the actor, environmentalist and investor of Champagne Telmont Leonardo DiCaprio, in Damery”, commented the house on the sidelines of this snapshot.

Before adding: “Leonardo supports our vision and our commitment to create the most sustainable organic champagne and to focus strongly on the preservation of our land and our biodiversity”. 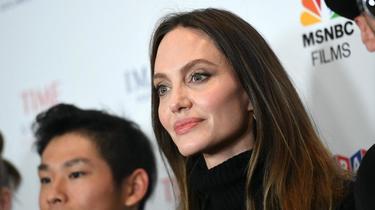 A photograph that the Hollywood star has also relayed in person on his Instagram account. An investment that undoubtedly also makes sense for the actor, whose ecological commitment is well established.