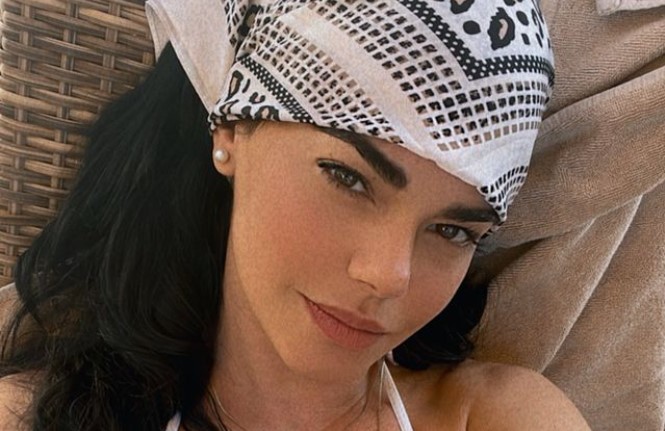 Livia Brito would have attacked a reporter (Photo: Instagram/@liviabritopes)

This May 14, the actress Livia Brito was singled out for allegedly assaulting a reporter. The soap opera protagonist had already had a similar incident with the paparazzi Ernesto Zepeda, who even took the case to the legal field.

Through his Instagram account, Robert Hernandez Gallardo He shared a screenshot where the actress was seen with her arm stretched out towards him, an annoyed expression could be glimpsed on her face, the microphone that the reporter was wearing could also be seen.

The reporter from windowing did not detail how the incident occurred, but announced that there were witnesses and that the recording of the apparent aggression will be broadcast in the evening of Aztec next Monday, May 16. 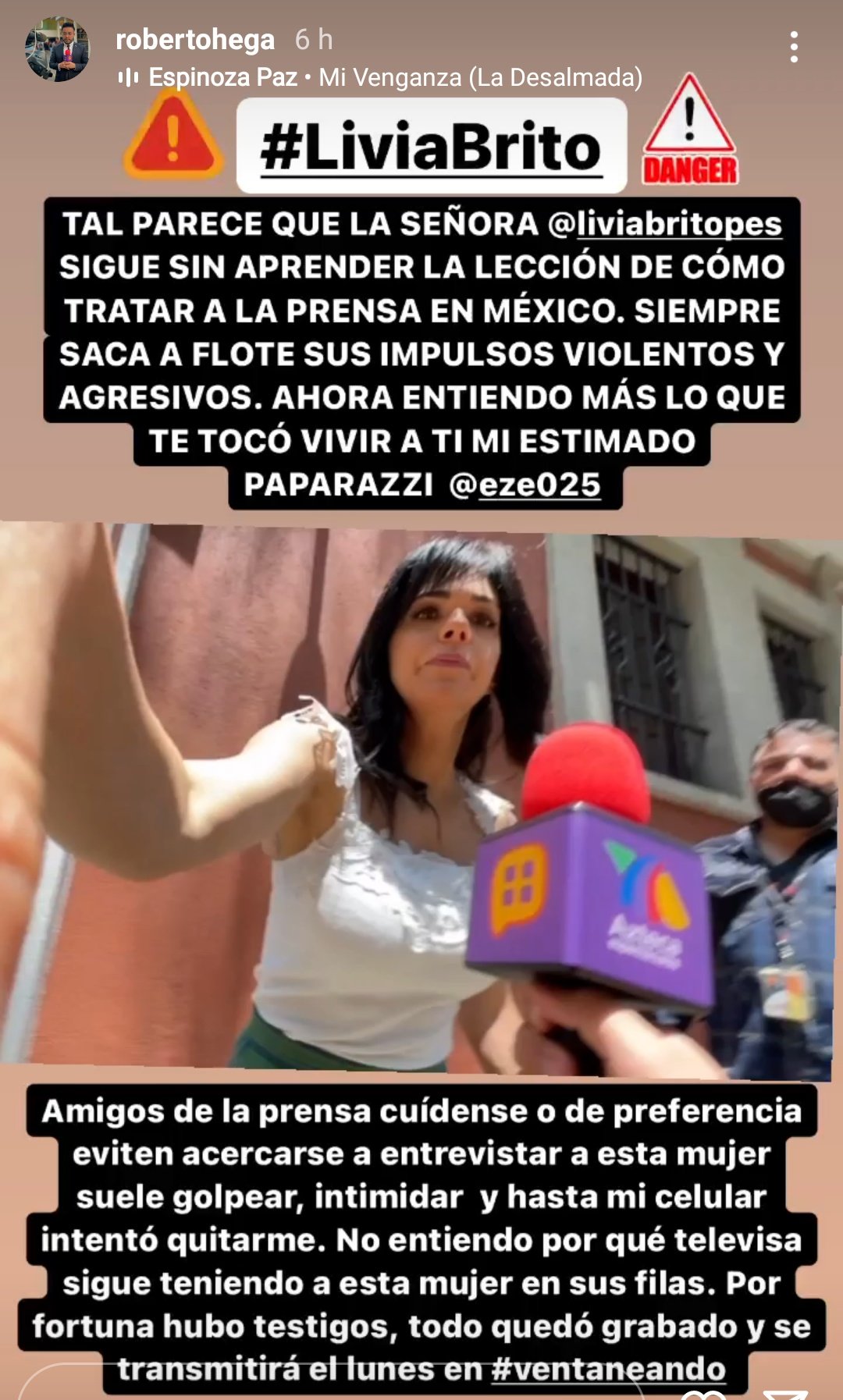 This was the public statement made by the Ventaneando reporter (Photo: Instagram/@robertohega)

“Friends of the press: take care or preferably avoid approaching this woman to interview, He usually hits, intimidates and he even tried to take my cell phone from me”, the reporter mentioned among his temporary stories.

In his message, Roberto Hernández recalled the incident between Livia Brito and the show photographer Ernest Zepedawho in 2020 He denounced the Cuban actress and her partner for allegedly assaulting him.

It should be noted that in January 2022, it was announced that a control judge dismissed the legal process filed by the photographer, because the case was considered “an attack on the privacy and intimacy of people”. 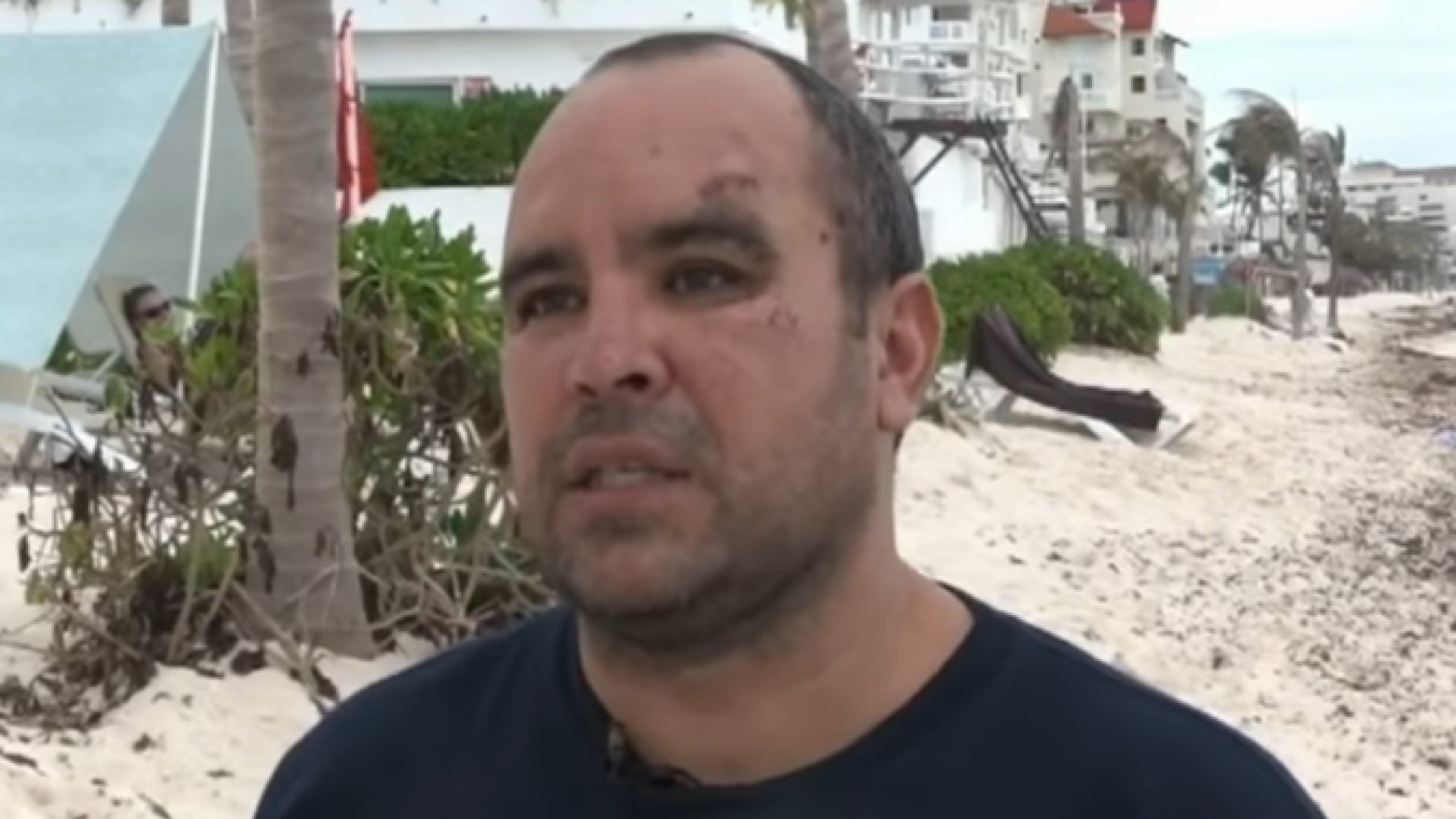 “It seems that Mrs. @liviabritopes still hasn’t learned the lesson of how to treat the press in Mexico. She always brings out her violent impulses and aggressive. Now I understand more what you had to live, my dear paparazzi @eze025″wrote.

Finally, the reporter mentioned the following: “I don’t understand why Televisa continues to have this woman (Livia Brito) in its ranks. Fortunately, there were witnesses. everything was recorded and will be broadcast on Monday in #Ventaneando”.

It is not known where or in what context the apparent attack would have occurred, but in other time stories, the reporter from windowing showed that he was returning from a palenque in Christian Nodal in Metepec, State of Mexico. 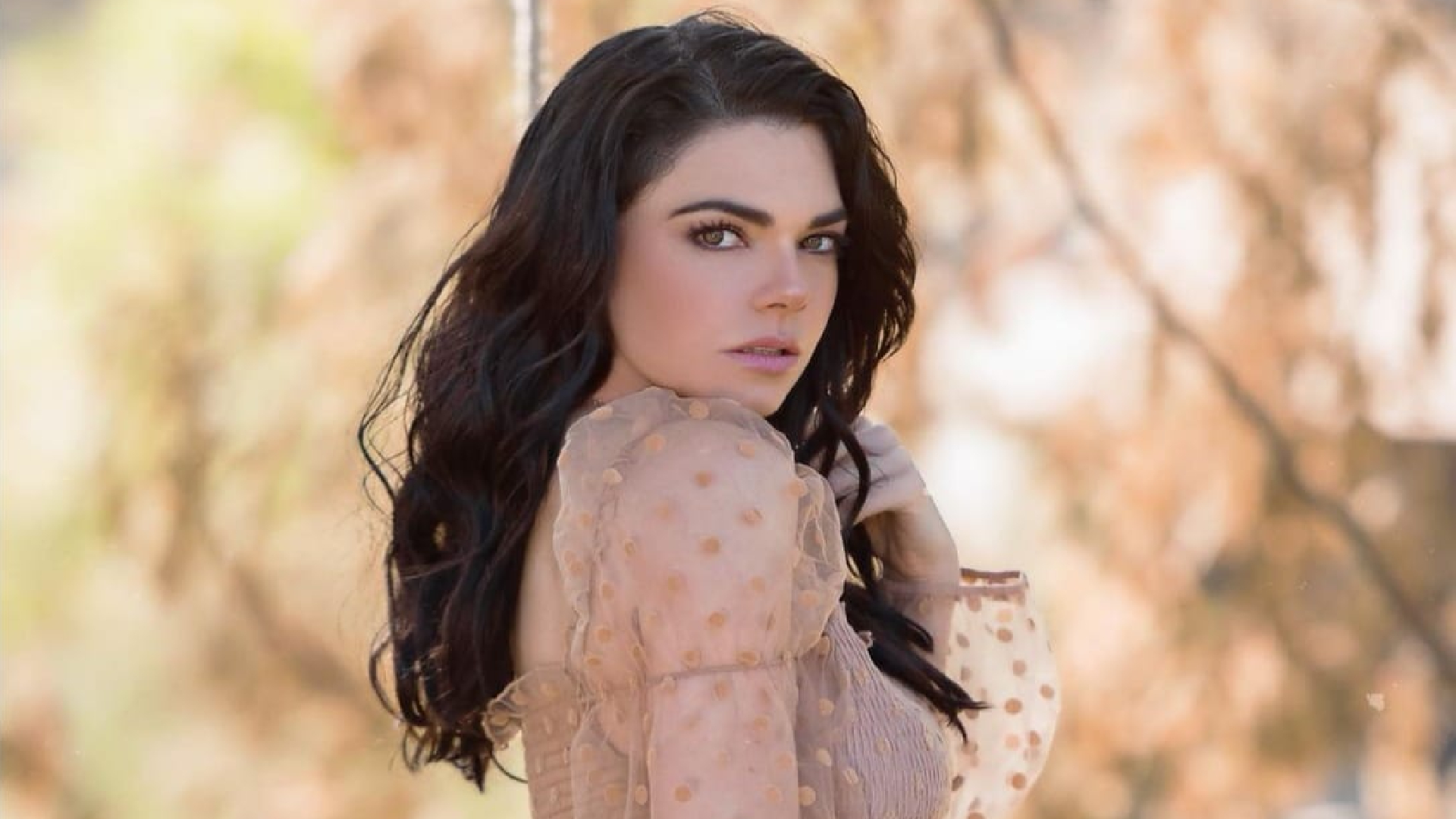 Livia Brito has not commented on this Photo: Instagram / @liviabritopes)

Until this Saturday afternoon, Livia Brito has not issued any comment In this regard and for his part, the reporter did not detail if he was injured or if he will take the case to legal instances against the actress.

In June 2020, the photographer Ernest Zepeda presented a complaint before the authorities for the alleged assault by the actress Livia Brito and her partner, Mariano Martínezwho – he assured – beat him and destroyed his photographic equipment after they were photographed on a public beach in Cancun. 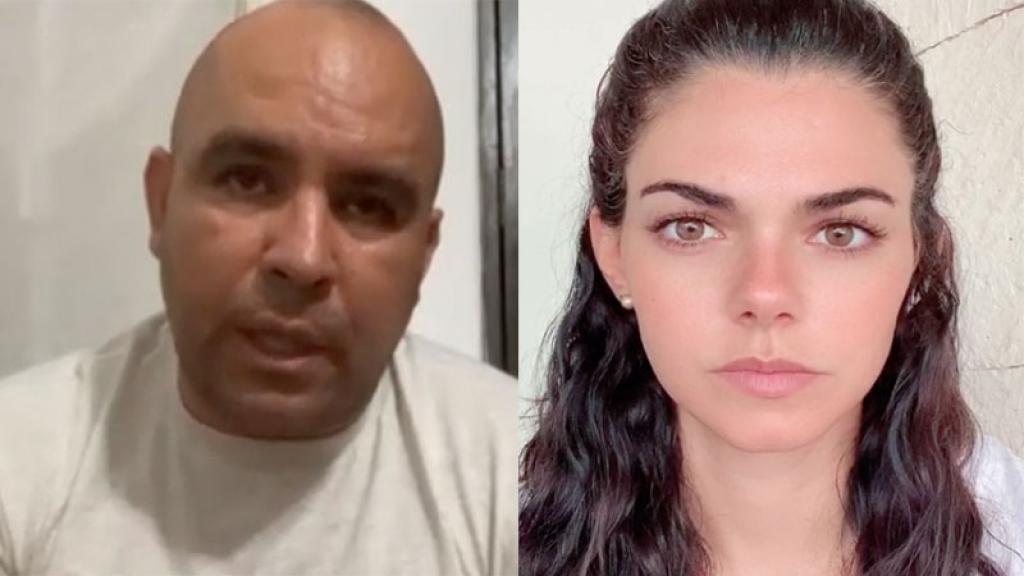 Livia Brito won the trial filed by the photographer Ernesto Zepeda against her (Photo: Instagram)

One year laterZepeda reappeared in an interview for windowingwhere he stated that still not received any notification from the authorities in what corresponds to his case, for which he denounced the lack of attention.

The first telenovela in which he participated after this scandal was The Heartlessat the time, the producer José Alberto the blonde Castro mentioned that He chose Livia Brito as the protagonist for her work, not for her scandals. 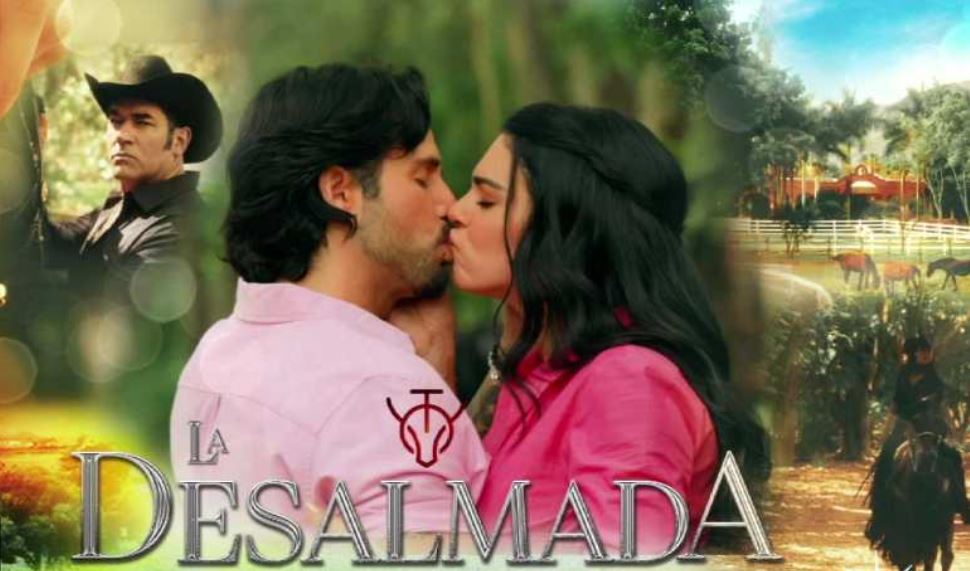 Recently the protagonist of the heartless shared a message expressing his feelings about what happened at the stadium The Corregidora, in Queretaro: “Deep sadness of what was experienced yesterday in #Queretaro… Yesterday he lost football but above all we lost as a society, a country. AtlasVSQuerétaro”

The actress’s text unleashed a wave of criticism against her from platform users, who remembered her with videos and images when she used physical violence by hitting the paparazzi and stripping him of his belongingsincluding his work material, that is, his camera.

Gustavo Adolfo Infante criticized Livia Brito for demanding royalties from a magazine that used her image without authorization
Eduardo Yáñez supported Livia Brito against the photographer Ernesto Zepeda
Livia Brito was hospitalized in an emergency: “I got sick, babies”