The filming of the second season of “Loki”the original Marvel series for Disney+, has already started and in a short time the first photographs of the protagonist played by actor Tom Hiddleston have been leaked.

LOOK: “Loki” premieres on Disney + and “solves” the mystery of DB Cooper, who kidnapped the crew of a plane and disappeared

In the images in question appears the actor Tom Hiddleston, who gives life to the ‘God of deception’, with an elegant suit on the new set located at the Noël Coward Theater in Westminster, in the city of London.

Along with the well-known interpreter, another of his co-stars also appears, Owen Wilson, who will repeat his role in ‘Mobius’. Recall that the return of ‘Mobius’ was confirmed after the end of the first season.

🚨 Tom Hiddleston in the recordings of the second season of #Loki pic.twitter.com/tw6iCZEsog

Other images and videos of the set where some scenes of “Loki 2” are recorded, where you can see various references to the Marvel Cinematic Universe and a classic comic book villain, have also been leaked.

According to the images and the references of the set, everything seems to indicate that both characters would have traveled in time for some important reason. In addition, there would be a nod to “Eternals”, since in one of the graphic materials you can see the Bollywood star ‘Kingo’ (Kumail Nanjiani).

On the other hand, on another poster you can see the image of a supposed movie called “Zaniac”, a possible reference to the villain of the same name from Marvel Comics, a recurring villain from the Thor stories capable of possessing people to make them commit crimes.

i think they’re shooting loki by the noël theater in london rn pic.twitter.com/dId6JUdKpx

The second season of “Loki” has not yet confirmed an official premiere date on Disney +; however, it is estimated that it could arrive sometime in 2023.

Watch the trailer for the first season of “Loki” 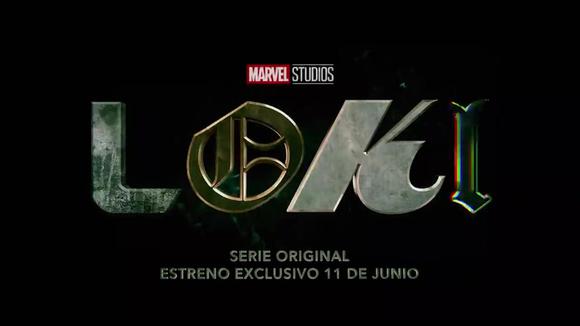 Marvel seeks to hook its most loyal fans and had no better idea than to release a new trailer for its original series starring Tom Hiddleston. “Loki” has a release date of June 11 on Disney Plus. (Source: Disney Plus LA)