madonna announced this Wednesday the release of two new remix compilations to celebrate decades of great success on the dance floor, where she has made history by becoming the first artist to accumulate fifty number ones on the Billboard Dance Club chart.

‘The Queen of Pop’ has brought together her favorite remixes of those fifty songs in an album that will be titled “Finally Enough Love: 50 Number Ones” and that includes some versions that had never been released.

In parallel, Madonna will release another smaller album, with a selection of 16 hits simply titled “Finally Enough Love”. That version with 16 songs will be available for streaming starting June 24, while the CD and LP will go on sale on August 19.

On that date, the collection with the fifty remixes will be released both in digital and physical format -on three CDs or in a limited edition of six vinyls-, although as of today a remix of “Into the Groove” is already available in advance. .

“50 Number Ones” runs for a mammoth 220 minutes and includes remixes from some of the most successful producers of the last few decades, including Shep Pettibone, William Orbit, Honey Dijon and Avicii.

In practically chronological order, the box set collects successes accumulated over decades, starting with “Holiday” (1983) and ending with “I Don’t Search I Find” (2019).

In between, there are, among others, remixes of essential Madonna songs such as “Like a Virgin”, “Like a Prayer”, “Vogue”, “Don’t Cry For Me Argentina” or “Frozen” and some of her most notorious collaborations , with Britney Spears (“Me Against The Music”), Justin Timberlake and Timbaland (“4 Minutes”), Nicki Minaj (“Bitch I’m Madonna”) or the Colombian Maluma (“Medellín”).

These two albums are the first pieces of the announced collaboration between Madonna and Warner Music Group to reissue part of the catalog that the artist has accumulated throughout her extensive career. 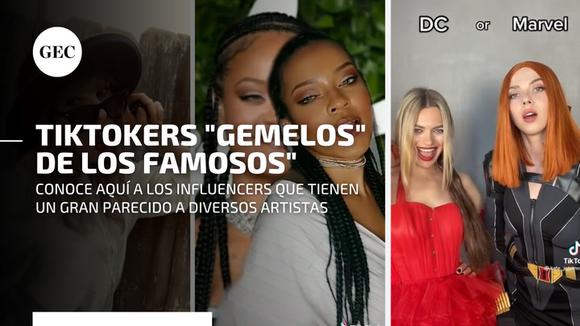 The incredible resemblance of these influencers with various celebrities has surprised thousands. Here we present who they are. Do you think they are identical to their famous versions?