He had no mercy. Magaly Medina She referred again to the alleged affair that her husband Alfredo Zambrano had with Giuliana Rengifo during the time they were separated, and used strong qualifiers against the singer for constantly remembering this chapter in her life.

“There are women who are so unworthy, they love each other so little that they go out to tell that they wallowed with whom, with this, with that. And the worst, poor things who haven’t understood that for a man it didn’t even mean michi. That they are ashamed to mention them, that they say that chapter does not exist, if it ever existed”, criticized the popular ‘Urraca’ on her program “Magaly TV: La Firme”.

The figure of ATV again minimized this alleged romance that her partner had in the past, and reminded the cumbiambera that, for the lawyer, she meant nothing in her life.

“There is the lady who goes around bragging, because I see that She is the only one who boasts that she has been with a man and that she was his toy, brag for what? It talks about a man who does not mention her, who is ashamed, what is my husband, of ever having had anything but a relationship because I know that “he clarified.

Magaly Medina He also questioned the former member of “Alma Bella” for having believed that she could have a serious relationship when they would have tried to hide it at all times. “If they put you into a hooded house late at night and take you out the same way, what are you to a man?” he lashed out. 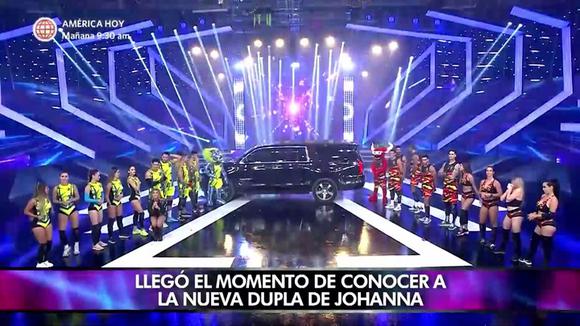