The program of ‘Magaly TV, the firm’ supported the former reality girl, Michela Elías in outings with the millionaire businessman Omar Macchi, who surprised the journalist Magaly Medina for the different attentions he had with Michela during one of their appointments.

The businessman is remembered for having been a couple of the model Delly Madrid for three years and then he was with the former Miss Peru, Viviana Rivasplata for two years, among other television figures. And recently he dated the popular ‘selfie girl’, Rosángela Espinoza.

The images are from the early hours of Friday, March 25, when Michella gets into Omar Macchi’s car, after having dinner with some friends at a restaurant in San Isidro. The curious thing is that the popular ‘King of the casinos’ opens the door for the young woman to go up, a detail that she has not been seen doing before her.

Then the couple and their friends go to Omar Macchi’s house in Barranco to chat on the terrace of his house. Michela was accompanied by Macarena Velez, who recorded the beautiful terrace that includes a large swimming pool that looks towards the sea.

“Omar gets out of his car and opens the door for her to enter, we had not seen him do that before. He does not give himself away like that, not more publicly, he is very discreet, he always sends the girls ahead, that his security opens the door for them, puts them in the car and he leaves in a sneaky way. This time Michela Elías will have him dazzled”, commented surprised Magaly Medina.

“He runs away from the cameras all his life, that’s why we don’t know what romance he has… After the restaurant they went to his apartment, a nice penthouse, a beautiful terrace. Also, he takes her to her house. He sent Rosángela Espinoza with her security guard and on top of her she arrived at her house a little seasoned, but this time he himself went to take her home”, added the journalist. 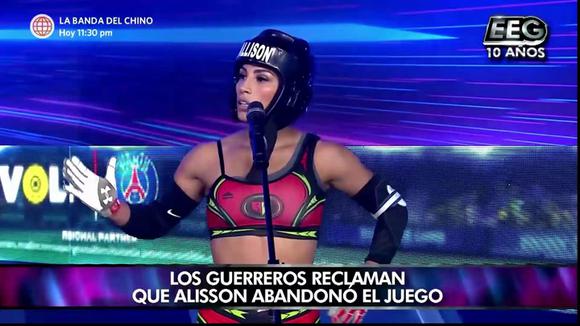