Jorge Luis Larrabure, better known as the wizard georgemarks a historical event in his career. And it is that the Peruvian magician arrived at the prestigious Magic Castle of Hollywood in Los Angeles, California, venue where the best magicians from all over the world are presented. The interpreter is in a brief season from April 18 to 24.

The Magic Castle is an exclusive private club within a beautiful castle in the heart of Hollywood attended by famous members and artists of the film and television industry such as Jennifer Lopez, Johnny Depp, Adele, Neil Patrick Harris, Scarlett Johansson, Steve Martin , among many others to enjoy magic shows.

Magician George, a Peruvian magician, managed to enter this elite of illusionists who are part of the Magic Castle for the first time. George will perform more than 21 shows in the week in the Parlor of Prestigigitation roomone of the most important theaters in the Castle.

“This is a dream come true, when I was 7 years old I saw a magic special on Channel 9 in Peru, called the Magic Castle of Hollywood where the best magicians in the world appeared, I was next to my father and I told him, Dad I want to go to the University of Magic, my father looked at me and said, encouraging me, of course, maybe one day you will present yourself there and look, today after 35 years I am here, representing Peru and fulfilling a great dream”, George said in a statement.

The Magic Castle is a private club, it can only be accessed through the invitation of a member and has a strict code of etiquette and elegant dress to enter. George will also do some private events and give a conference for all the magicians of the Academy of Magical Arts (AMA).

In this way, Magician George continues to surprise us with his professional career, a career that has led him to appear in more than 30 countries representing Peru. Just after his week at the Castle, George will leave for Las Vegas Nevada to visit the famous illusionist David Copperfield.

Lesly Moscoso is surprised by her husband 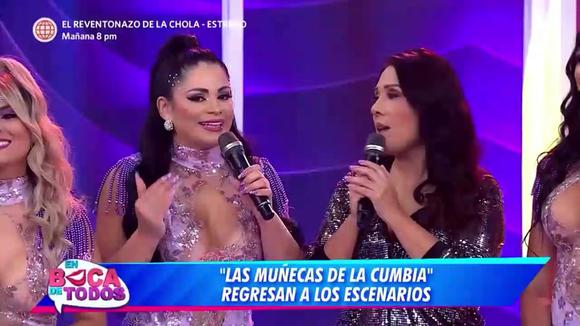 Lesly Moscoso is surprised by her husband https://www.americatv.com.pe/noticias/