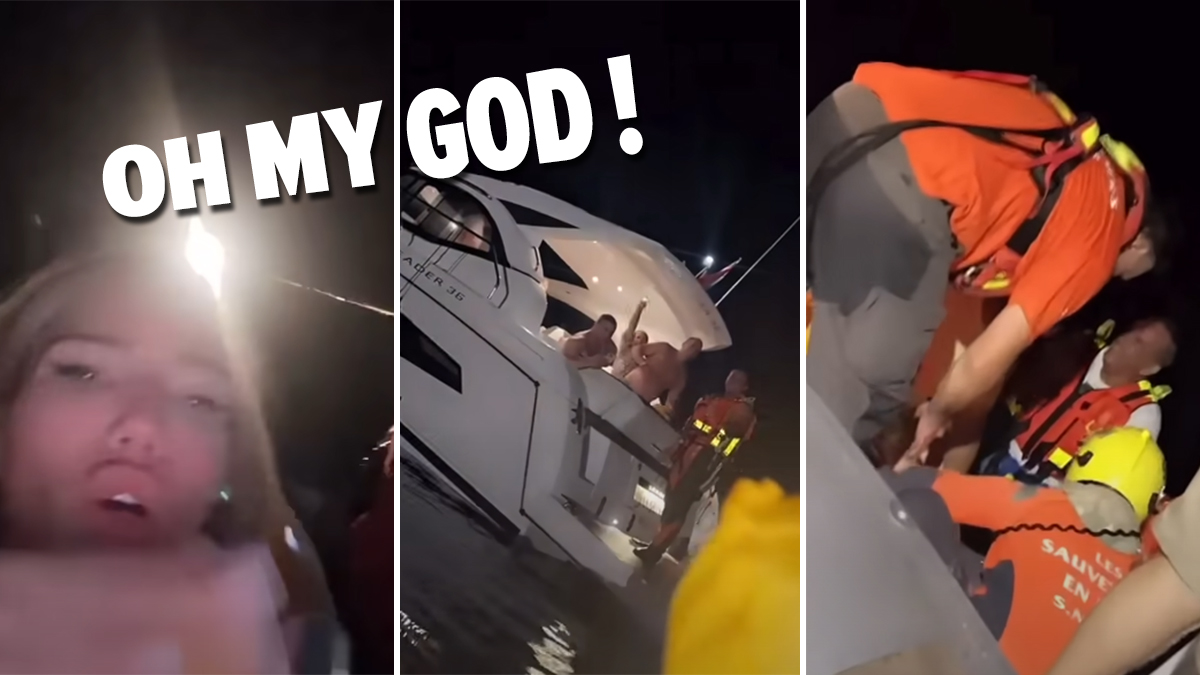 Manon and Julien Tanti shared with their subscribers the traumatic experience they had on the night of July 3 to 4. The reality TV stars washed up on Sunday evening off Cannes. The couple, on board a boat with five other people, had to be rescued by rescuers at sea, reports Purebreak.

Panicked, the 33-year-old woman explained this ordeal live on social networks. According to her, the boat was beginning “to flow”.

“We spent a day in Cannes. We are on a boat and we are simply sinking. We took a rock in the middle of nowhere. It is dark night. We called the emergency services 45 minutes ago, no one came. I find it very serious as a situation. I’m totally freaking out. I clearly had a fit of hysteria. There, I calmed down a bit. I hope they will arrive quickly because the boat begins to drop to the water level little by little (…) When we took the rock, it has makes a big boom. I was hysterical, I thought of my children, I screamed, I cried (…) Luckily I wasn’t with the children because I would have really panicked“, “I feel like I’m on the Titanic“, launched the mother of Tiago and Angelina whose remarks were relayed by 20 minutes.

Thanks to the arrival of help on the rocks of Sainte-Marguerite Island, the group returned to dry land around 3 a.m.. Manon thanked the rescuers following the intervention.

However, the drama version of the reality TV contestant was contradicted by the sea rescue association SNSM Cannes-Golfe-Juanrelates Nice morning. Rescuers said the situation was not critical. “They were stranded on rocks, so they couldn’t sink. We knew that there was no human life in danger“, said Jean-François Léonard to nice morningwhose remarks were relayed by 20 minutes.

“The Mediterranean is so unpredictable. Do not leave without knowing where you are going, and above all remain reasonable about the consumption of certain liquids“, added the man, addressing a message to the castaways.