They are fresh together
Alcohol addiction and separation dramas: the eventful lives of Marc Terenzi and Jenny Elvers

You confirmed it yourself: Jenny Elvers and Marc Terenzi have been a couple since the beginning of the year. In the first interview, he told how much the two have in common.

They have known each other for a few years, but it only sparked when they were shooting together in January. Jenny Elvers and Marc Terenzi said that in an interview with RTL. Terenzi also emphasized how similar the two are because they have had to process comparable things in life.

And indeed, there are certain parallels in the lives of both. On the one hand, there are the public love affairs that Elvers and Terenzi have already made one or the other headline. Marc Terenzi, who got his start in the boy band Natural, became known to a wide audience when he was dating Sarah Connor. The two were accompanied for their docu-soap “Sarah & Marc in Love” as they planned their wedding (2005). The wedding planner at the time was Frank Matthée, who is now well-known himself. The marriage failed and in November 2008 the two announced their separation. This was followed by shorter affairs and relationships, including with reality TV actress Gina-Lisa Lohfink.

Jenny Elvers’ private life also determined the gossip lines in the past. She has previously dated Heiner Lauterbach, Thomas D and ex-Big Brother contestant Alex Jolig, with whom she has son Paul. Her longest public relationship was with manager Goetz Elbertzhagen. They married in 2003 and separated in 2013. This was followed by affairs and relationships, similar to Terenzi.

Before the jungle into the hammam 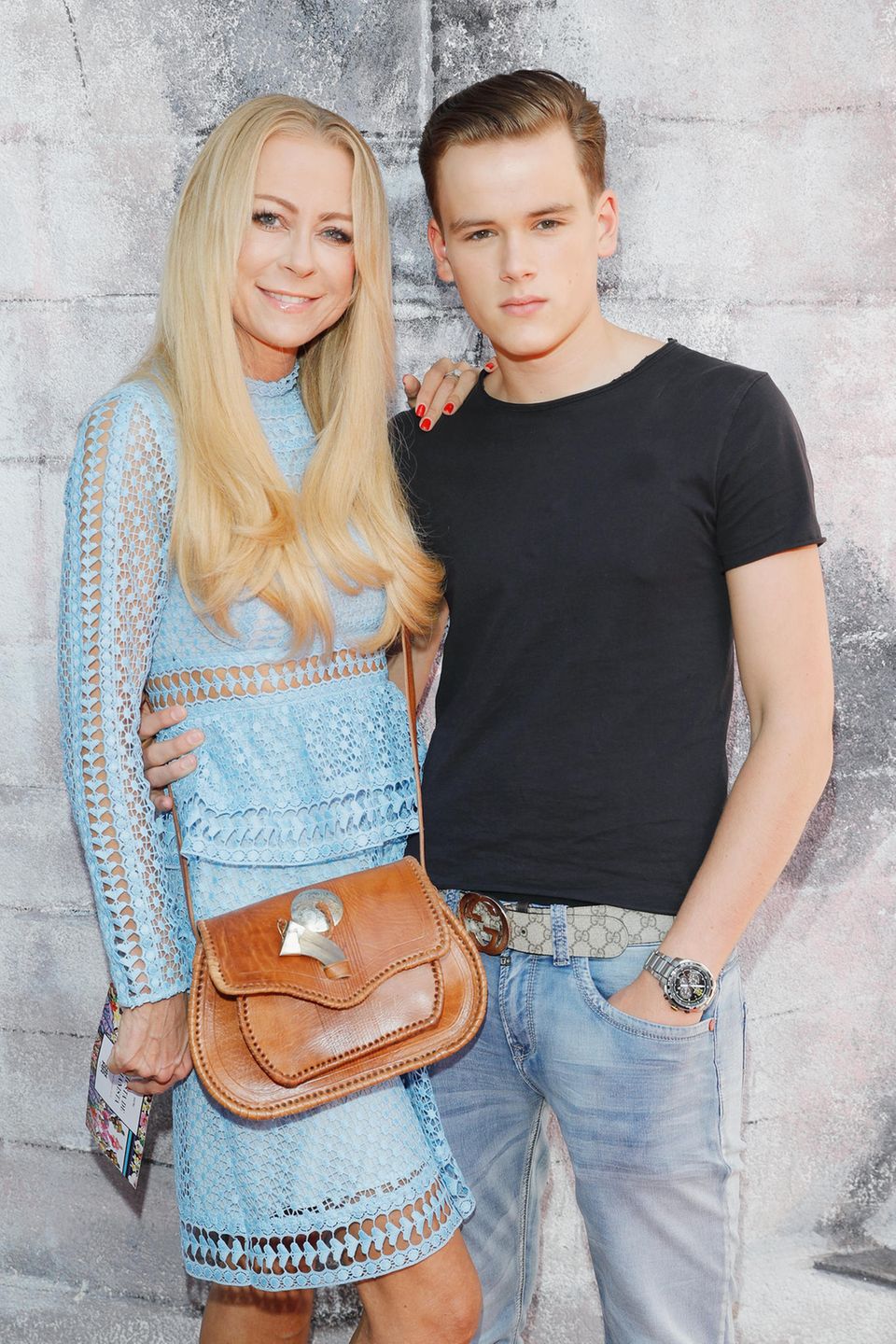 Jenny Elvers and her son Paul at Berlin Fashion Week in the summer of 2017. The 17-year-old also works as a model.

The most tragic parallel between the two is probably their alcohol addiction. Both are open about being dependent. In the case of Jenny Elvers, the crash took place publicly when she was drunk on the NDR talk show “Das!” in September 2012. occurred. “When I go on a show or give an interview, there are always two things from my life: the election of the Heidekönigin and alcoholism associated with my performance,” she said in 2018 when she was back on “Das!” was visiting. At the time, Elvers went to a rehab clinic and spoke publicly about how she wanted to get well again.

Marc Terenzi’s crash was less public, and yet the singer is open about his own alcohol addiction. It all started while Terenzi was a member of the boy band Natural, as he now admits. “We were young and rock stars, touring 50 countries, just traveling. We drank with the tough guys from Mötley Crüe or three days with the boys from JackAss. It was completely normal to party until the morning. And on Next afternoon we continued to get in a good mood again. Full throttle against the hangover until late at night,” the jungle king told the “Bild” newspaper a few years ago.

In the celebrity edition of the Sat.1 show “Suddenly poor, suddenly rich” he said in 2020: “Alcohol is my killer. I was in there. You are there, but not really there.”

“Jenny suits me very well. She has almost the same past as me. We are in the same industry and she had a difficult time, just like me,” said Terenzi in the RTL interview about his new girlfriend. In fact, it’s opposites that attract. With Elvers and Terenzi it could have been the similarities.