“I am” celebrates 10 years on the Latina signal with a special season: “Yo Soy: Perfect Duplas”. The talent show announced the return of historical judges and hosts, in the style of “This is war.”

The space will return on Saturday, March 19 at 8:30 pm and marks the return of Maricarmen Marín after becoming a mother.

Jorge Henderson, Katia Palma and Mauri Stern also make up the talent show jury. While Adolfo Aguilar will return to be responsible for driving alongside Karen Schwarz and Nicolás Galindo.

On this occasion, the singing and imitation program will move outside the Latina facilities to celebrate its anniversary in a big way live and from the Magic Water Circuit.

The public will be able to attend the Magic Water Circuit to enjoy this great night of the first program, which will kick off the season.

“I Am: Perfect Pairs” will be made up of duets with imitators of the same artist from two different generations, a child and an adult. These duos will compete as a team during the season with the goal of winning the competition.

In the promotional video that Latina launched, you can see a recount of several participants who went through the various seasons, such as: Carlos Burga and Luigi Cruz (José José), Oriana Montero and Sharik Arévalo (Danna Paola), Roxana Alva and Delssy Gómez (Carmencita Lara), among others.

It is worth mentioning that impersonators who have not been seen on the show for a long time will reappear and cause a sensation with their performances on the game show.

Gino Assereto returned to “This is war” 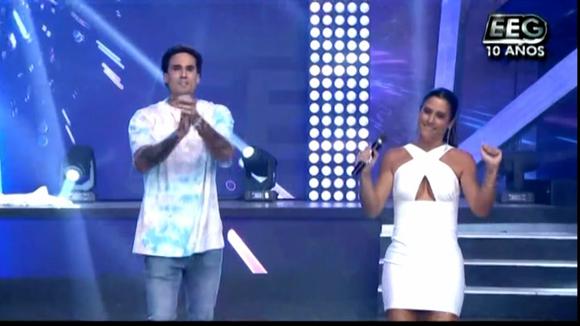