Melissa Paredes appeared on the program “In everyone’s mouth” and surprised the hosts of the space after he publicly confronted the therapist Tomás Ángulo for what he said in the past about her, when he was in the middle of the controversy over the ampay he starred in with Anthony Aranda.

LOOK: Érika Villalobos leaves Aldo Miyashiro’s infidelity behind and sings loudly: “Something that never was has been lost to me”

The event occurred after the former host of “América Hoy” reveals how she currently lives in her new stage after divorcing Rodrigo ‘Gato’ Cuba.

“In fact, it is like a second season of my life, I see it that way. One learns, one grows, one learns to get ahead. I think we both regret a lot of things, I think we shouldn’t have handled things the way they did, anyway, it’s over, we’re in another stage.” Melissa Paredes said.

After that, Tula Rodríguez asked Tomás Ángulo to give his opinion on what Melissa said, to which he replied: “I was thinking about that, in the words that Melissa used and I noticed the tone of voice, you are touching on themes from the past and present, I think you are doing well, you are trying to win, I think you are a very strong woman. Mistakes are part of life.”

However, Melissa Paredes reminded him that in the past he called her a “bandida” and even said that he asked for his daughter to be taken from him.

“It is difficult when you accept something that is not entirely true, and it is also difficult when they put many barriers on you. Today I see you talking about mistakes and I think it’s very good, but at the time you pointed me out in such an ugly way, calling me a bandit down and telling me that they should take my daughter from me, you don’t know “, Melissa said generating an atmosphere of tension on the set.

LOOK: Florcita attacks Néstor Villanueva in a statement: he has been showing recordings of my children

“Yes, I am a very strong woman because really, with all the burden that they did to me, I am standing here with a smile for all of you, and I continue with my life”, the model pointed out. 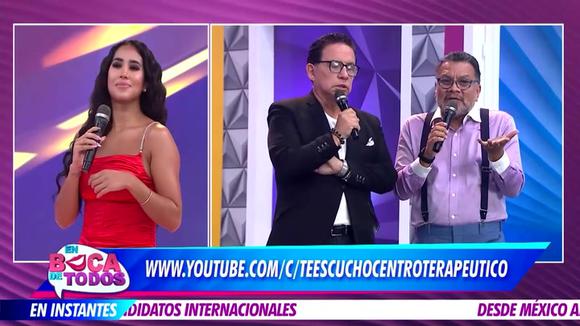 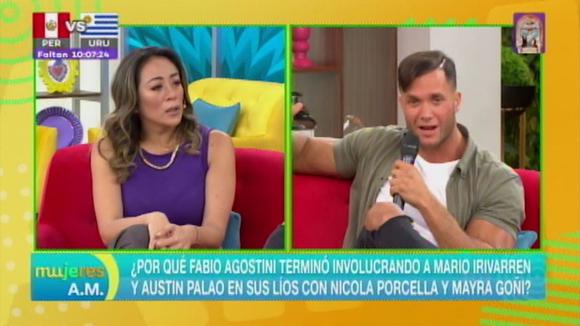