Melissa Paredes She did not remain silent and attacked Magaly Medina, who in the recent edition of her program described as disgusting the audio that the model recorded during a call she had with Rodrigo Cuba and with which she allegedly blackmailed him.

The former host of “América Hoy” offered some statements to the Willax TV program “Amor y Fuego” in which questioned the journalist’s attitude against her and her blind defense of the footballer and father of her daughter; and even, he slipped that it could be “a smokescreen” and that they use her as “cannon fodder”.

“By the way, how this woman named Magaly Medina is going to incite hatred in that waysaying: ‘If I were to meet Melissa Paredes on a plane, on the street, anywhere, I would attack her, tell her her life to her face’ (…) I am going to take measures because that cannot be done with me or with anyone and less for defending a person (Rodrigo Cuba), I don’t know why “said.

“And they should also investigate why he is so angry with me. She explicitly said: ‘She does everything for money… Of course! Because how are you going to ask for money in exchange for my silence?… At what point do I say that? Never! And every time I invented more things… It’s incredible, it’s totally crazy, sorry but they’ve already driven me crazy… No one messes with my daughter, it’s not possible, it’s already a lot “he added.

The former participant of “Queens of the Show” also indicated that “This topic is supposed to be private, it is supposed to be three, it is supposed that he no longer wanted to expose his daughter anymore. Yesterday he told me at the appointment with the psychologist and we were talking very well; However, her lawyer sits down to say that I’m crazy, that I’m sick, that they’re going to take my daughter away from me, that they’re going to take matters into their own hands, portraying me as a psychopath… This already seems political, a total smoke screen and I am its cannon fodder”.

Finally, Melissa Paredes sent a message to Rodrigo Cuba: “That she think about her daughter before continuing to do what she is doing because neither money nor anything is going to heal what her daughter will see when she grows up. Because at first we both screwed up…). but this topic is something else, he is older, he should never have come out, he should never have been exposed and his lawyer should never have sat down to say all that about the mother of his daughter and much less expose the baby. That is not ethical and even less so when there is an investigation involved”. 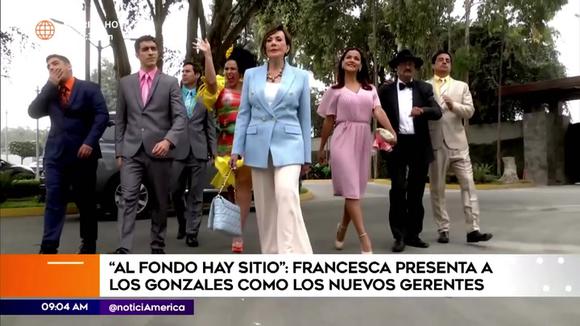