Miguel Hidalgo, former partner of Tilsa Lozanoused his social networks to show his support for Óscar del Portal and his partner, Vanessa Químper, after the ‘ampay’ he presented Magaly Medinaa.

WATCH THIS: Melcochita about Magaly Medina’s husband: “She knows he is not a saint”

The popular ‘Miguelón’ assured, through his account Instagramwho has a lot of respect for the couple, since he has known the sports journalist since they were children and, in addition, he was a partner of Vanessa Quimper in college.

“I would not like to meddle in personal matters or gossip, which seek to create morbidity and speculate regarding the lives of others. What I would like to tell you about is the excellent people that Óscar and Vanessa are, I knew him as a child, we played soccer together. A guy who has only worked hard to have what he has“, he pointed.

YOU MAY BE INTERESTED: Magaly Medina to Aldo Miyashiro after statements by Érika Villalobos: “He will not return to you”

He asks them to fight for his love

The lawyer took advantage of his extensive publication to advise the couple to minimize criticism in order to overcome together the scandal caused by the images between Oscar del Portal and Fiorella Mendez.

“Today, due to these circumstances of life, they find themselves in a small problem, and I say small because I am sure they will be able to overcome it, because they are intelligent guys, because they are a nice family and, most importantly, because they love each other and that love is very nice and has light, do not let it go out for stories or gossip that are just part of a cheap business”, he added.

Although he avoided mentioning the name of the ‘Magpie’, Miguel Hidalgo showed his rejection of the work done by the figure of ATV with his show program.

“It hurts them not to have achieved their separation. (…) Never in my life would I work in something that paid me to speak ill of others and much less to meddle in people’s private lives, you, Vane and Óscar, are above all that and are worth much more than them”, he lashed out. 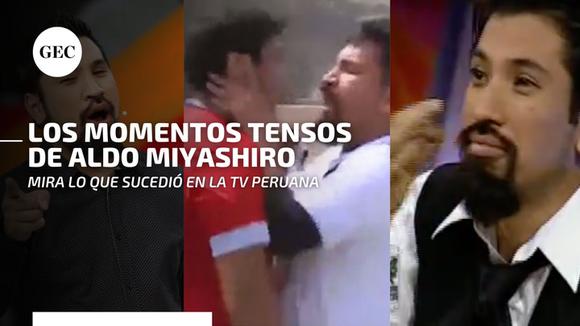