The death of taylor hawkinsAmerican band drummer Foo Fightersis lamented by fellow musicians, celebrities, and fans around the world.

Tributes began arriving shortly after the bandmates made the announcement on Twitter.

“We are devastated by the tragic and untimely loss of our beloved Taylor Hawkins”said the rock band in the statement.

The members of Foo Fighters they were absolutely shocked and heartbroken to lose such a jovial bandmate.

“His musical spirit and infectious laugh will live with us all forever”they added.

What did Taylor Hawkins die of?

According to press reports, the cause of death of the deceased drummer is unknown, however, the drummer was found dead in a hotel room in Bogotá, Colombia.

Currently, the band is on tour in South America where they will perform at the Festival Estéreo Picnic, according to Rolling Stone.

Tributes to Taylor Hawkins by other music stars

Miley Cyruswho was also set to perform with the Foo Fighters at the festival, shared a photo of the late Hawkins, 50, playing a drum, as he said: “This is how I will always remember you”. And he added: “My show tomorrow will be dedicated to Taylor Hawkins” 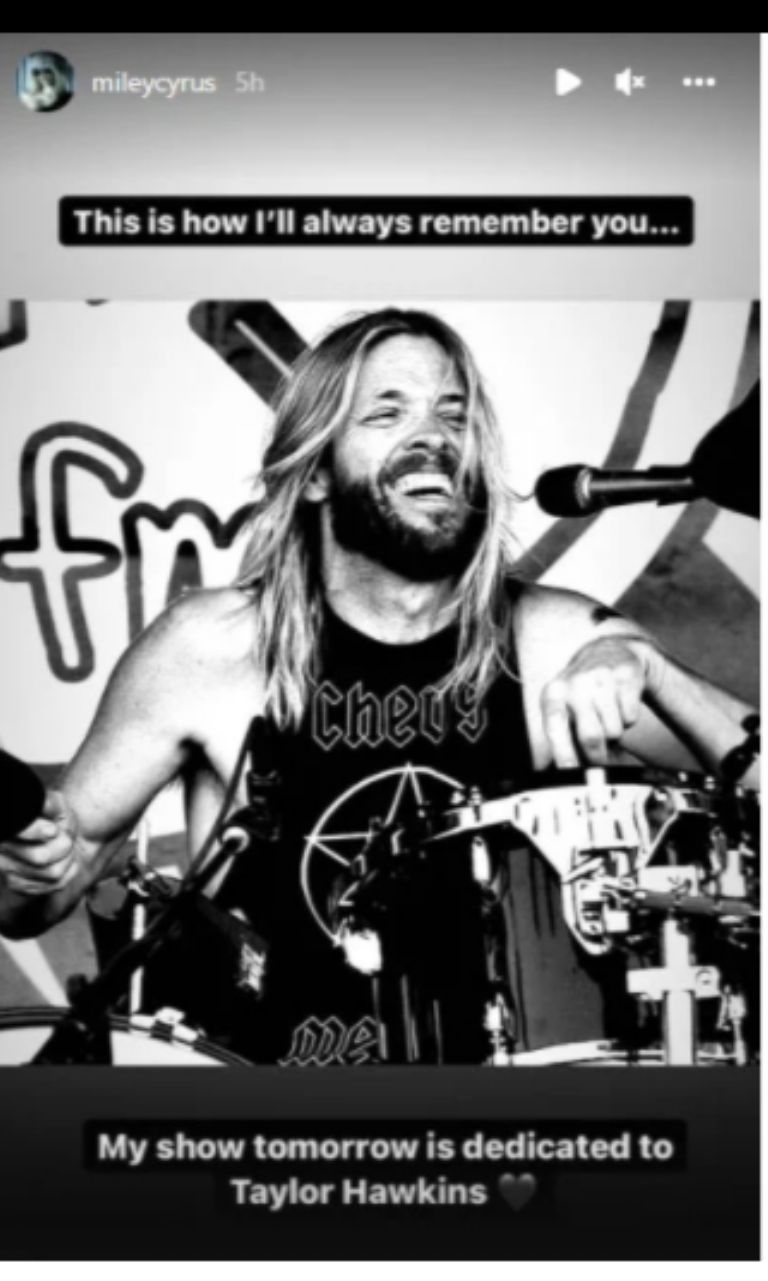 Oscar-nominated producer and Glee star Finneas O’Connell, known for writing songs with his sister Billie Eilish, was heartbroken to learn of her passing.

“What an incredible talent, who didn’t need to be so kind and generous and cool, but was also all of those things anyway. The world was so lucky to have your gifts for the time you had them, Rest in peace, ”he quoted.

Coldplay dedicated a moment of sho show to pay tribute to Hawkins and gave a moment that makes your hair stop.

For his part, former Beatles drummer Ringo Star also lamented the loss: “God bless Taylor. Peace and love to all his family and the band, peace and love,” he wrote.

British rocker Ozzy Osbourne was all praise for Hawkins.

“Taylor Hawkins was truly a great person and an amazing musician”said.

Fans were also heartbroken after hearing the news of the late drummer’s loss.

Above all, remembered as an “incredible drummer” and “a gem of a person”