The aircraft in which the American artist was traveling to Asunción Miley Cyrus She was struck by lightning and had to make an emergency landing at the Ciudad del Este airport, before leaving Paraguay for Brazil.

“Our plane got caught in a big unexpected storm and was struck by lightning,” The singer wrote to her millions of followers on her Twitter account on Wednesday.

The interpreter of hits like “Angels like you” confirmed that the crew, her band, friends and family who were traveling with her “are safe after an emergency landing.”

“Unfortunately we could not fly to Paraguay”, he added in a thread of tweets, including a video of the storm from the plane window and a photo of the impact it suffered.

Cyrus is one of the stars invited to the Asunción 2022 festival, which had to cancel its first day on Tuesday night due to the strong gale that hit the Paraguayan capital.

A source from the Silvio Pettirossi International Airport, which serves Asunción, confirmed to Efe that the artist’s plane that was heading to this city used the Guaraní airport, in Ciudad del Este, as an alternative, due to “inclement weather.”

The ship, after resupplying, headed for Sao Paulo, in Brazil, added the spokesman, who did not elaborate on details.

Rodrigo Nogues, director of the firm G5Pro, organizer of Asunciónico 2022, told the ABC station that Cyrus is in Sao Paulo, after “he had a problem with the plane.”

He did not immediately confirm if the second day of this show is suspended. For this Thursday, the Asunciónico program includes concerts by Cyrus, as well as by Argentine Nicki Nicole, Puerto Rican Jhay Cortez and the Uruguayan band La Vela Puerca.

Trailer for the episode of “Black Mirror” starring Miley Cyrus 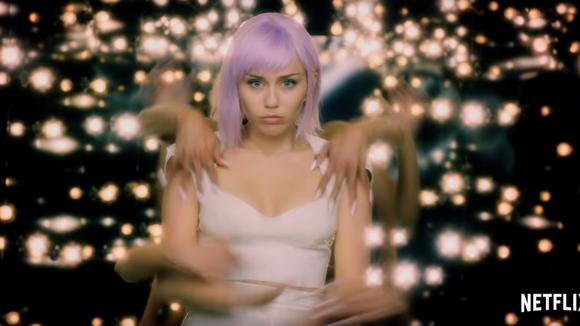