Jessica Newton will present the new edition of the Miss Peru and as a prelude to the official contest, the organizer presented the 8 official candidates in a special reality show “This is war”.

Tatiana Calmell, Alessia Rovegno, Arlette Rujel, Flavia Montes, Daleine Arroyo, Maryori Morán, Mei Azo and Valeria Florez were presented as the official candidates for Miss Peru, but only one can take the long-awaited crown. However, this could change in case he resigns along the way or Newton decides that he is not going anymore for breaking the rules of the organization.

That’s right, in the contest there were disqualifications before the official gala. Such is the case of the model Brunella Horna, who was a pre-candidate for the beauty contest, but her candidacy was not made official due to differences with Jessica Newton and the organization.

This situation occurred in 2017 when Newton used social networks to announce the candidates for Miss Peru, where Brunella Horna was listed as one of the favorites.

“Welcome Brunella Horna, happy to have you in Miss Peru. #candidate2017 #peruvianbeauty #lookingforthequeen”Newton wrote on his Instagram profile at the time.

At that time, Brunella began her career as a businesswoman after ending her relationship with Renzo Costa. In addition, the model had appearances in different show spaces due to the end of her commitment to the “King of leathers”. All these responsibilities made Horna absent from her classes at Miss Peru.

In addition, Jessica Newton did not agree with the behavior of Brunella, who became involved with men who were apparently married and much older than her.

Jessica Newton declared for the national press and regretted that Horna does not represent a candidate for Miss Peru. “As an organization it surprises me. I think if she’s not ready to compete this year, she should think about it… She’s not behaving like I expected her to behave.”, said the organizer of Miss Peru for Latina Television.

Before the public opinion of Jessica Newton, the model Brunella Horna gave priority to her stores and ruled out being part of the Miss Peru 2017 pageant.

“My priority is my company and everyone knows it. Opening a store is not easy because it is job after job”said the model at the time.

In the midst of these dimes and diretes, Jessica Newton used her social networks again to launch the official list of candidates for Miss Peru 2017 and Brunella Horna did not appear.

Miss Peru 2022: This was the catwalk in gala dress of the 8 participants 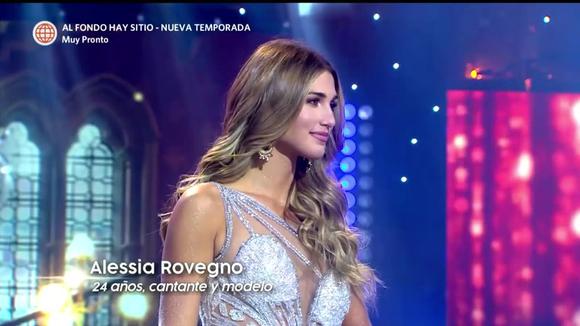