Thierry Suc, who has worked with Mylène Farmer for many years, has, on November 24, made rare confidences about the very discreet singer whose new album has just been released. The manager notably revealed that the star with millions of albums sold only had “very few relatives” in his entourage.

After 40 years of career and as his long-awaited new album entitled “L’Emprise” is released this Friday, November 25, Mylène Farmer continues to cultivate great mystery around his private life. During an interview granted to the Parisian, his manager Thierry Suc however made some revelations, thus giving a glimpse of the rather solitary character of the star with millions of albums sold.

“She has very few relatives. She feeds on the love of her animals, which are very important in her life, her dog, a Swiss shepherd, and her cats,” said the man who has collaborated with her since her beginnings.

But if the singer is rare, she does not cut herself off from the world, he says. “She’s not hiding. She goes to see exhibitions, goes to the cinema, to restaurants, to concerts… She is very curious. She likes to read, sees a lot of movies, needs to feed on all that, ”he said.

Succeeding in entering your private circle, like some personalities, such as Vincent Lindon, Jean-Baptiste Mondino, Mélanie Laurent or Tahar Rahim, as quoted by the Parisian, is above all gaining your confidence, he explains. -he. “When she trusts, it’s forever, but she takes time to give access to her privacy,” he says. “With Woodkid for example (a popular composer with whom she worked on “The influence“which comes out this November 25, editor’s note.), she is a friend. They see each other, create, laugh together”.

What the person confirms: “We spend a lot of time together. We have a common passion for dogs. What also unites us is that we are both passionate about the idea of ​​doing our best work but paralyzed by exposure and media coverage,” Woodkid told Le Parisien. He is full of praise for the singer: “His way of managing his career and of being an unassailable icon today is a model of sobriety and elegance. For me, it is sacred, almost a divine image”. 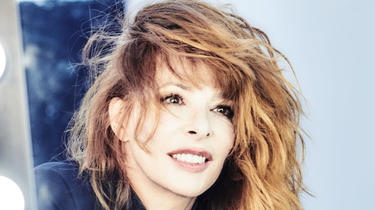 Their collaboration is already delighting the fans who were eagerly awaiting this return. However, everything was not easy, as she explained last Sunday in the JDD. “For a long time I was unable to write a single word. I was thinking of stopping everything. Then it happened all of a sudden. I was like the rising tide,” said Mylène Farmer, whose sales should as usual trigger a tidal wave.