The Peruvian actress, Nataniel Sánchez defended herself from those who criticize her for her Spanish accent. And it is that the actress has lived in Barcelona for four years, from where she wants to promote her artistic career, however, the Spanish left is clear in the way of speaking about her.

During an interview for the YouTube program “I am Jackie Ford” by the famous choreographer Arturo Chumbe, she made it clear that she does not mind being criticized. What’s more, she will keep talking like that for an important reason.

“I don’t watch entertainment programs. Actually, I like to watch programs that bring you. I don’t like to find out about the other person’s life because if the other person doesn’t tell me, why don’t I care?”, he said in the first part of his response.

“I’m not going to change their way of thinking”

Nataniel Sánchez said that she is studying a Castilian accent and clarified that for Spaniards she speaks as a Latina, however, for Peruvians she speaks as a Spaniard, which takes away her identity.

“It’s because I’m surrounded by Spaniards and Catalans, the accent is also present. It depends on who you relate to, the accent sticks to you. When I travel, the accent sticks to me easily. There are people who don’t stick to the accent and say I’ve lived eight years and I don’t speak like Spanish, well they do. If they don’t understand, I’m not going to change their way of thinking.”, he clarified. 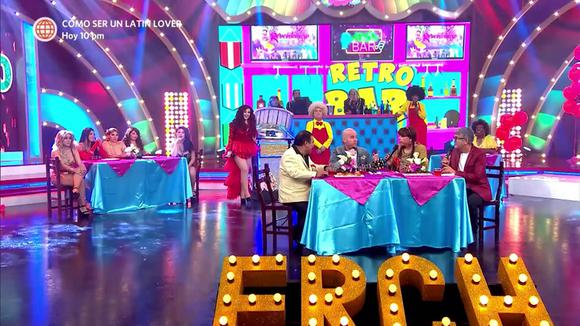