the cuban singer nesty marks his return to Peru as part of the promotion of his new song “No one believes you”, a single that he recorded with Alexander Delgado from Gente de Zona, and which will premiere on December 2.

This new song by Nesty, Mayra Goñi’s ex-partner, comes accompanied by a video clip recorded entirely in the city of Miami, United States, which will be available on all its digital platforms.

“This song is called ‘Nadie te cree’, it’s part of my new album called ‘Salsa Fresh’. It tells the story of an ex-partner who speaks badly about you, who feeds false rumors about her relationship, but nobody believes her because everything she says is a lie ”, Nesty told through a statement.

Regarding his video clip, Nesty revealed that it was directed by a renowned audiovisual producer who has worked with great exponents of music.

“The direction was in charge of Pedro Vásquez, who has worked with Enrique Iglesias, Farruko, Anuel, Yatra. We recorded a whole day with high temperatures and the truth is that the video was very beautiful”he pointed.

On the other hand, Nesty explained that his new production “Salsa Fresh” combines the sound of modern salsa with urban rhythms. As is known, the Cuban has already recorded some songs in Peru with artists such as Combinación de la Habana, Amy Gutiérrez, Mirella Paz and more. 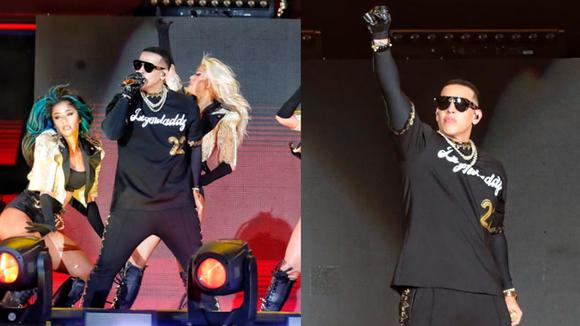 The king of reggaeton, Daddy Yankee, supported Peruvian gastronomy in full presentation at the National Stadium in Lima. “The great food you guys have is another level, you know that.” In addition, ‘The big boss’ mentioned the well-known restaurant ‘Mi Barrunto’ and the Callao neighborhood. (Source: Social networks)