Singer Nuria Saba He is going through a great moment in his musical career, proof of this is the release of his second song this year: “Viento del sur”, a song that talks about letting go and taking new directions, leaving behind what is known and continuing to grow.

“It is a song that deals closely with the bond I have with my own country, with whom I have often had a difficult relationship; however, the song embraces the idea that, although it has been difficult, it has also been wonderful to have been born where I was born, and as the song says ´there is not a day that we do not celebrate our meeting”explained the artist through a statement.

As for the sound, the song highlights Nuria’s voice accompanied by string instruments, approaching a pop folk melody. The video clip of the song is again accompanied by the direction and production of the filmmaker Adrián Saba, with whom Nuria has been working since last year.

“There are different moments in the video clip where I see myself in the middle of roads or running behind me. The idea proposes learning to let go of the past; look at it, be grateful for what has been experienced and, finally, let it go”he pointed.

“Viento del Sur”, a song that will be part of Nuria’s new album, is now available on all platforms, and the video clip on her YouTube channel. 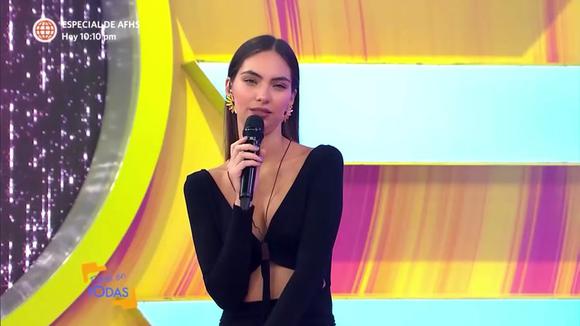 There is room in the background: Natalie Vértiz talks about her character in the series