The Peruvian soccer player Paolo Guerrero He appeared in the year-end compilation video of his partner, Ana Paula Consorte.

It is worth mentioning that in recent days rumors about a possible pregnancy of the Brazilian have been fueled after Internet users noticed an alleged pregnancy belly in the dancer’s photographs. However, it has not been confirmed so far.

The dancer shared, through her Instagram account, the best moments of her 2022, where members of her family, her friends, her daughter and the popular “Predator” appeared.

WATCH THIS: Alondra García Miró is captured in an affectionate attitude with a new lover (VIDEO)

In the ‘reel’, Guerrero is shown moved to tears while reading what would be a letter delivered by Consorte. “Thank you 2022, you were incredible,” wrote the athlete’s partner in the description of the video. 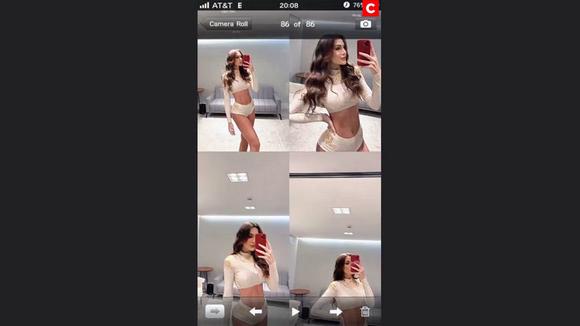 The rumors arose after the Brazilian model shared a video on her Instagram story in which she sees an alleged pregnant belly.

In the clip, you can see the soccer player’s legs next to the model and daughter of the Brazilian, on a paradisiacal beach in Brazil. However, a detail that did not go unnoticed by the followers was Ana Paula’s pronounced tummy.

For Internet users, the couple would have announced the new member of the family in this way. In addition, the rumors gain strength after the model has not shared full-body photos on her networks since November.