The pandemic not only made the Mexican singer Paty Cantu write new songs, but forced her to diversify into artistic matters such as acting, an area in which she had refused to participate and which she now approaches as a place in which to amplify her message as a protagonist.

“Last year they approached me with different acting projects and I said no because they were going to take me away from music, but then I said: if I can speak to other people from another angle and my character can resemble something that I think it would be very nice”the singer said in an interview with Efe.

When those thoughts entered his head, Cantu thought of a “very specific” character, and to his surprise a week later the ideal role landed him. “It is something very nice and consistent with what I promote and fight for. It’s my first leading role so I hope I’ve done well.”He says.

Although it is not his first histrionic project, it is presented as the most important he has done, but so far he has not been able to reveal the name or anything else about him.

In addition, she will be the presenter of “Iron Chef México” with the Netflix platform, and among the last works she has done on television is her participation in the “Who is the mask?” contest, in 2020.

However, her musical projects continue and after having returned to the depths of her roots in her latest album “La mexicana”, she begins a new journey with a song full of freedom and feminine energy.

“‘La mexicana’ was an album that I finished composing and producing practically in 2020 and it is a very purposeful, fun and net (true) pop”, He says.

Said work was born from the reflections that came from her origin as a Mexican after having traveled so much with her previous album “333″.

“I had to do just this, something that reminds my people that this is my land and that what I am most proud of is my roots in any style of music”mentions.

Now, as an independent artist since 2021, Cantú presents “Bailo Sola”, a song that highlights feminine energy, power and innate strength in women and that is part of a new stage in which she says she wants to make “the best music” of their life.

“Women are not ’empowered’, women are born powerful, human beings are born powerful, recent years have taught us that we empower ourselves, that suddenly when you finally dare, when you are finally brave and that is the discourse that we have to change”says the singer.

In her music and social networks, Cantú has always been interested in issues of support for women and with this song she was no exception, as she invited 20 of her friends of all ages and identities to be part of the video and 19 from them he received a resounding yes and without question.

“I want to promote that feeling that I am free and wonderful, being just the way I am and on the other hand it has those very funny phrases but they are saying something”, bill.

In addition, he hopes that this song will make his followers dance as they would when no one is looking, an action that he transferred to the video.

“Bailo sola” is the inauguration of her new record production and for now Cantú will go on stage at the Arena CDMX to be part of the nostalgic project “2000′s Pop Tour” in which she will sing along with bands like Playa Limbo, Bacilos, Motel, Nikki Clan, among others. 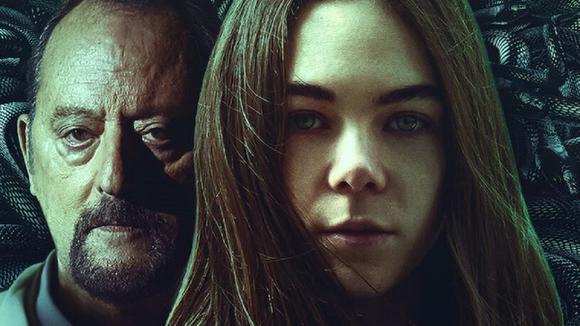