Emily Ratajkowski continues to take full advantage of her celibacy. After her romance with Pete Davidson, the top model was spotted kissing photographer Jack Greer on the streets of New York last Wednesday.

While the american tabloids announced that the relationship between Pete Davidson and Emily Ratajkowski was getting “more serious”, the supermodel has just been photographed in the streets of New York kissing the photographer Jack Greer, 35, with whom she had just shared a dinner in the West Village area. The pictures shared by the American site Page Six were made in front of the apartment of the young woman of 31 years. A few hours earlier, she had shared a video on TikTok in which she indicated her desire to go out “with several boys, women too”.

Last Thursday, Emily Ratajkowski also revealed in her podcast High Low registering on dating apps despite attempts to discourage those around her. “I took the leap for the first time between the period of my divorce and the beginning of my relationship with Pete Davidson. I said to myself, ‘and then heck’. I felt defiant because a lot of people told me not to,” she explains. 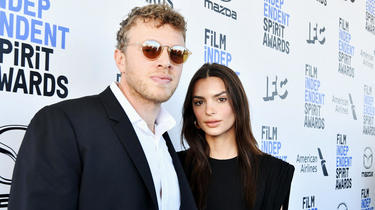 Last September, Emily Ratajkowski had officially filed for divorce after four years of marriage to Sebastian Bear-McClard with whom she had a one-year-old child, Sylvester. This new adventure comes on top of his supposed relationships with DJ Ozario Rispo, actor Brad Pitt, and more recently comedian Pete Davidson.