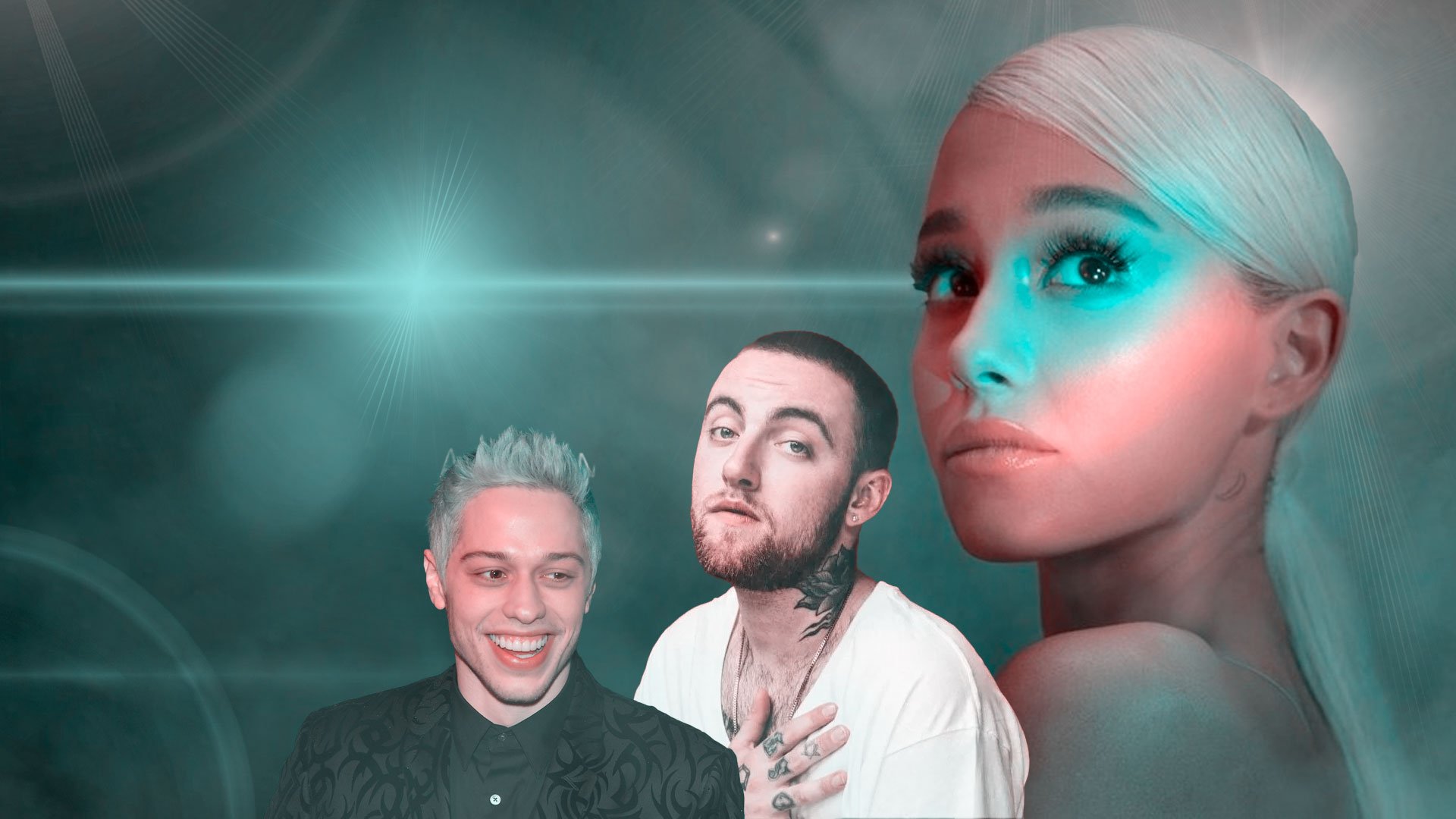 The comedy that beat rap and conquered a pop heart (Photo: Infobae México)

Year 2018 was one of the most controversial in the entertainment industry, because Ariana Grande he starred in a scandalous love triangle that didn’t end entirely well. She was connected with Mac Miller since his musical debut as a soloist and after viral moments together everything ended, starting a commitment with pete davidson. On September 7, the rapper lost his life due to an accidental overdose, according to his autopsy.

The singer’s relationship with the comedian also ended that year, making the story a great irony because despite the fact that the actress also released an album that allowed her to win her first Grammy award, her personal life went through a media moment in which managed to get out until the publication of the single and album Thank U, Next.

However, the story of how comedy beat rap and conquered a pop heart began several years ago, with 2013 being the first interaction of what is currently considered by fans and some recognized media as one of the stormiest love triangles. and controversial Hollywoodians of the 21st century. 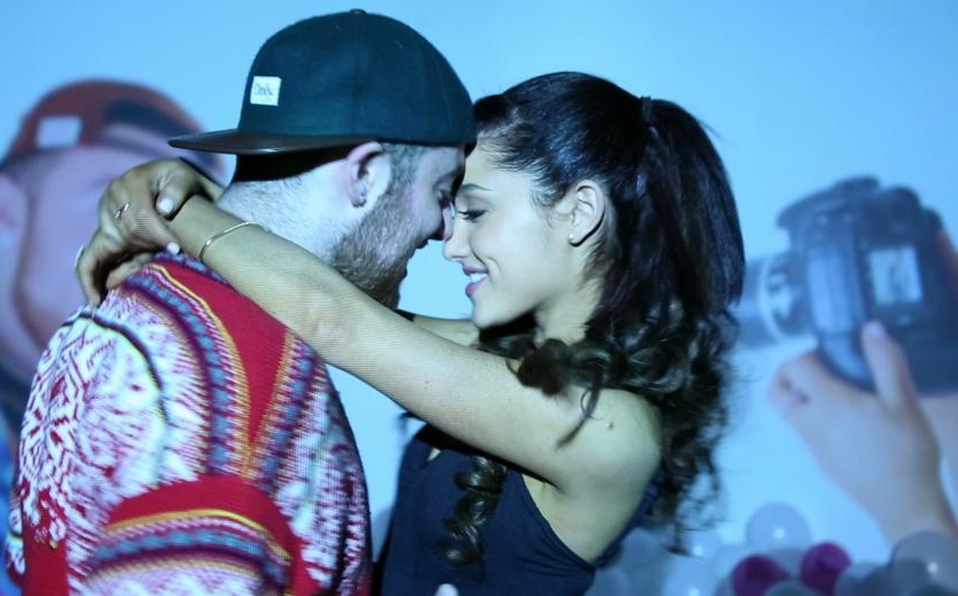 “The Way” was the song that brought Grande and Miller together (Photo: YouTube / Ariana Grande)

Although her contemporaries Miley CyrusSelena Gomez and Demi Lovato debuted in DisneyAriana began her artistic career in the series of Nickelodeonwith which she gained recognition as an actress, and eventually participated in the soundtracks that positioned her as a singer.

It was discovered musically by Youtube, a story similar to that of Justin Bieber and with whom, by the way, he shares a manager. There he covered songs by Adele, Whitney Houston and Mariah Carey. an executive of Republic Records He found the videos that the star uploaded to the platform and decided to meet with her to offer her a contract. Ariana Grande’s first studio album, Yours Trulytook three years of production, and was finally released in August 2013.

The first single and official debut of the also named as the New Princess of Pop was the song the waya pop tune that included a rap verse by Mac Millerwhich is why this feat is considered the beginning of the great love for the stars.

“I met him when I was 19 years old. We have loved, adored and respected each other from the very beginning, even before we met, because we were fans of each other’s talents. However, we were not at all ready to be together. It’s just the moment. We both needed to experience some things, but the love has been there the whole time,” Grande told cosmopolitan in the spring of 2017. 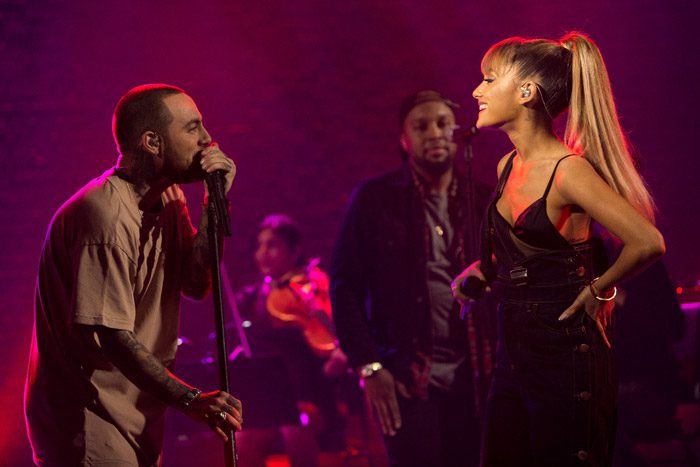 In their second collaboration, their relationship was confirmed (Photo: YouTube/ Ariana Grande and Mac Miller)

The communication and admiration between both artists did not stop completely after the collaboration that placed them among the first places in the most important musical popularity charts in the United States. Just three years later, in the 2016 Grande joined Miller again for said song and the official video where the theme of a possible love relationship was addressed for the second time.

Though the way It is a romantic song, the fans of both stars have expressed a peculiar affection for it since My Favorite Partas some American media reported that he wrote the lyrics a little before he started dating Grande, being completed with the confirmation of the relationship, although the version was never confirmed and even their relationship was made public on social networks until months later .

Lying on the floor, she with him looks of the era side to side and he with his classic basic style, Ariana Grande confirmed what everyone was already speculating: her relationship with Mac Miller. Posting on her account instagram a black and white photograph and with the description “Baby”, the pop star started a great euphoria among the fans who were able to see them for the first time as a couple at the MTV Video Music Awards. 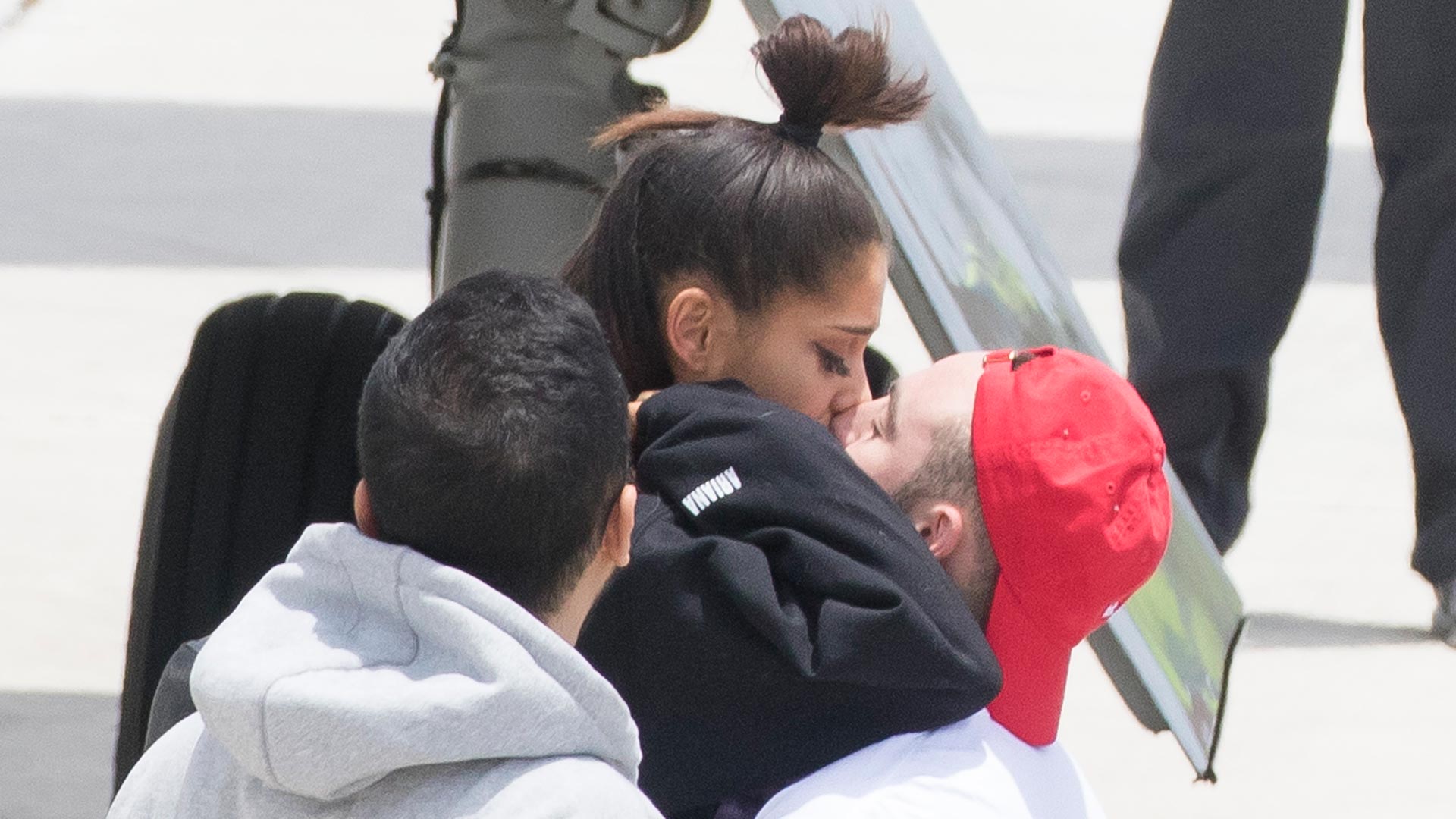 The images went around the internet world (Photo: File)

Although the reprehensible fact marked the musical career and personal life of the pop star, at that time Mac Miller was one of the fundamental pillars for her to get ahead.

Five years have passed since the terrorist attack at the concert that Ariana Grande was offering at the o2 arena manchesterand that ended with the death of 22 persons and with more than 800 wounded. The images of the star arriving in Boca Raton Florida, United States, 24 hours after the unfortunate moment went around the world, since his appearance reflected the emotional discomfort he was experiencing, although it was Mac Miller who met her at the airport. 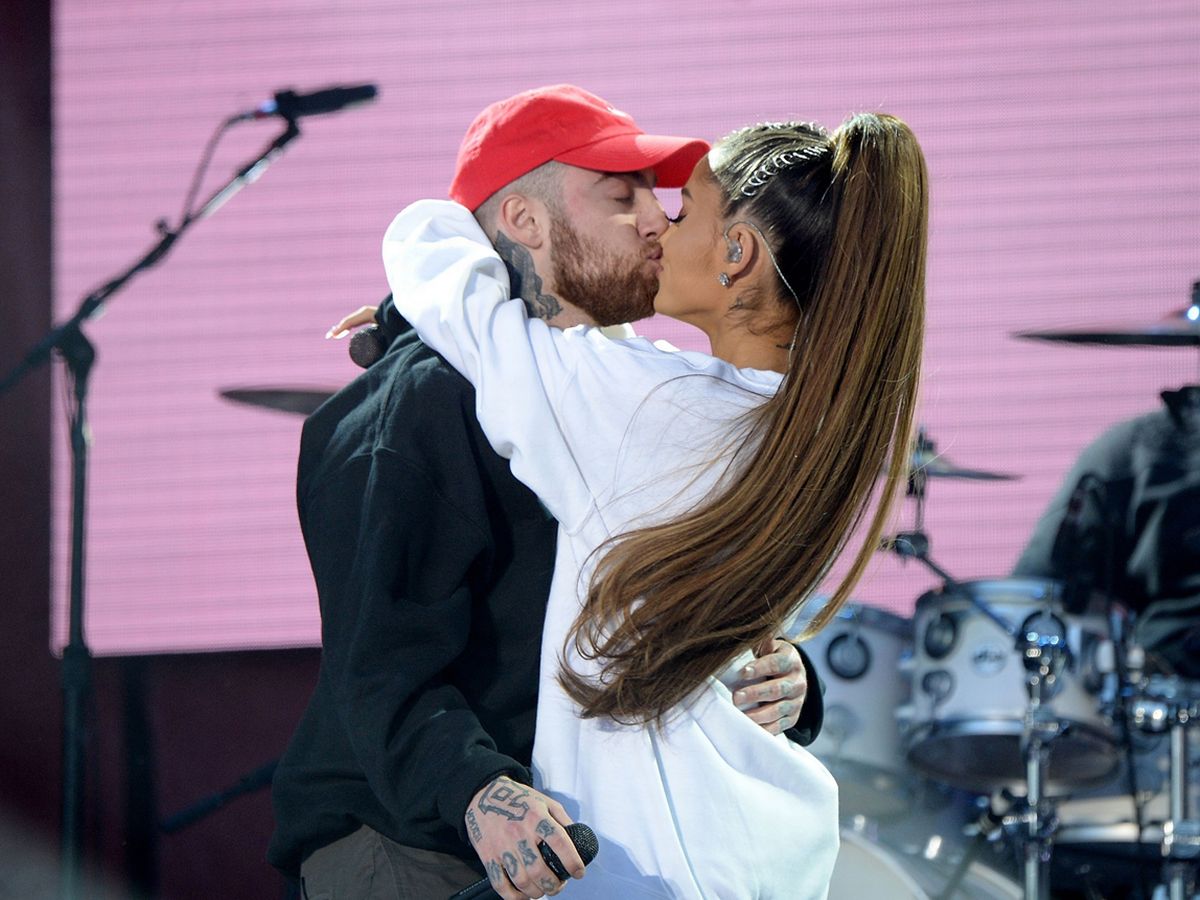 At “One Love Manchester” the singers presented “The Way” (Photo: Getty Images Europe)

The singer drew strength to, three weeks later, being June 4, 2017, make a benefit concert to help all the victims of that fateful episode. under the mottoto One Love ManchesterGrande surrounded herself with artists such as Robin Williams, Miley Cyrus, Liam Horan, Katy Perry or Coldplay, to show that there is no fear that can overcome love, Mac Miller being the most notable professional and emotional support she had during the difficult moment.

What seemed like one of the most tender love stories in the music industry turned into a total drama in a couple of months where even a third party was involved. In May 2018, Ariana confirmed on her private account that she had broken up with Mac Miller:

“This is one of my best friends in the whole world and one of my favorite people on the planet. I respect and adore him endlessly and am grateful to have him in my life in any form, at all times, regardless of how our relationship changes or what the universe holds for each of us,” she wrote of him in a story. from instagram. 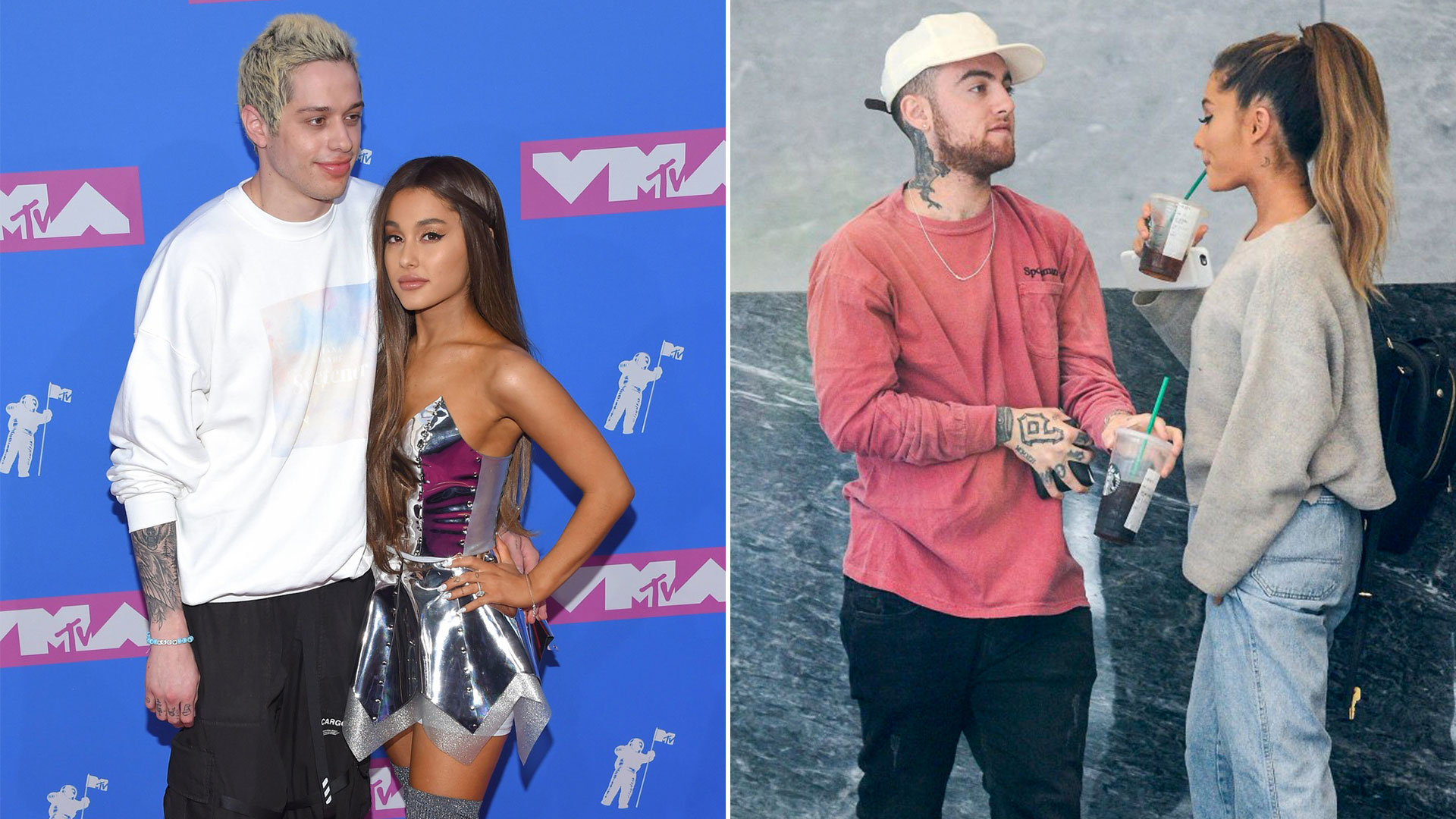 The first contact between the artists was in 2016 when Ariana attended as a guest at Saturday night Live and Pete participated with her in the initiation monologue. Although it was precisely in that year that her relationship with Miller was formalized, it is unknown if there was any kind of “chemistry” between them, since it took two years for the artists to give themselves a chance in love.

On May 30, 2018, the American comedian announced that he had conquered the heart of the pop star through his account instagram and even shocked the world by announcing that They were getting married: “I feel like I won a contest. I love it, Jimmy,” the comedian told Fallon about Ariana on the popular American entertainment space.

“I adored you from the day I met you when I was 19 and always will. I can’t believe you’re not here anymore. I really can’t understand it. We talked about this so many times. I am so angryI’m so sad I don’t know what to do. You were my dearest friend for so long, above anything else. I’m so sorry I can’t fix or take away your pain. I really wanted to do it. The kindest, sweetest soul with demons she never deserved. I hope you’re okay now. Get some rest,” Grande wrote in instagram after the news 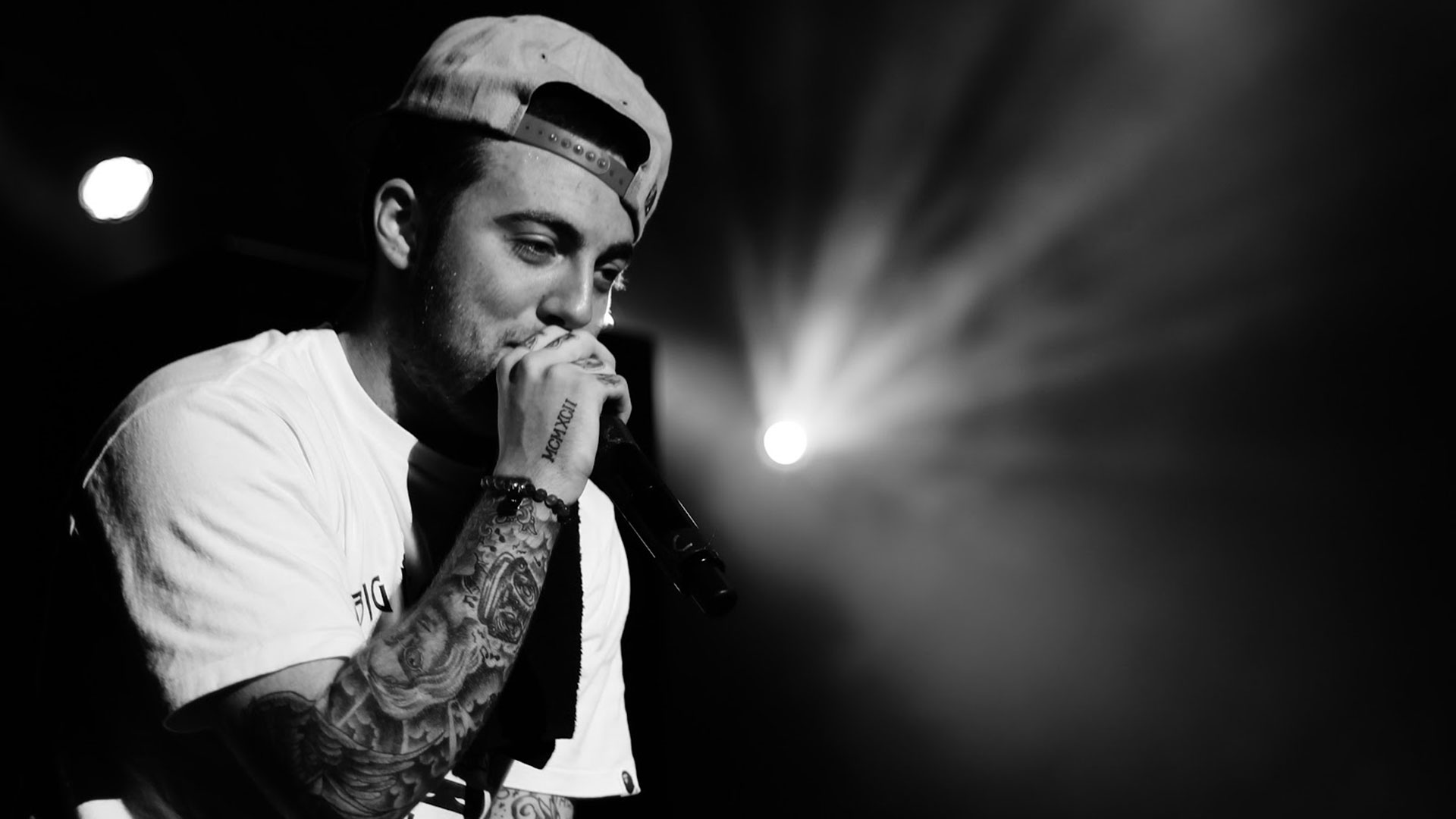 The singer died of an overdose (Photo: Infobae)

The rapper died from an overdose of illegal substances in which he mixed cocaine, fentanyl Y also alcohol. The Los Angeles County Coroner’s Office released the toxicology results, and according to the report, Miller died of “mixed drug toxicity”. His death was described as a accidental overdose.

After the viral news of the sensitive death of the rapper, the relationship between the pop star and the comedian did not flourish and the marriage commitment was even cancelled. On October 14, 2018, it was announced through TMZ their separation. A few days later Pete confirmed the information with a wry joke about the relationship.

“Hey Maggie (Roggers), I’m Pete,” Davidson said in the SNL promo. “Do you want to get married?” he continued. After the singer declined her offer, he responded, “0 out of 3″, referring to the times Ariana had gotten engaged but hadn’t walked down the aisle after breaking up with her partners.

with a successful come backAriana Grande released the single Thank U, Next in 2019, an act that marked the end of the stormy personal year that she had lived and that allowed her a year later to establish a relationship with what is now her husband: dalton gomez. 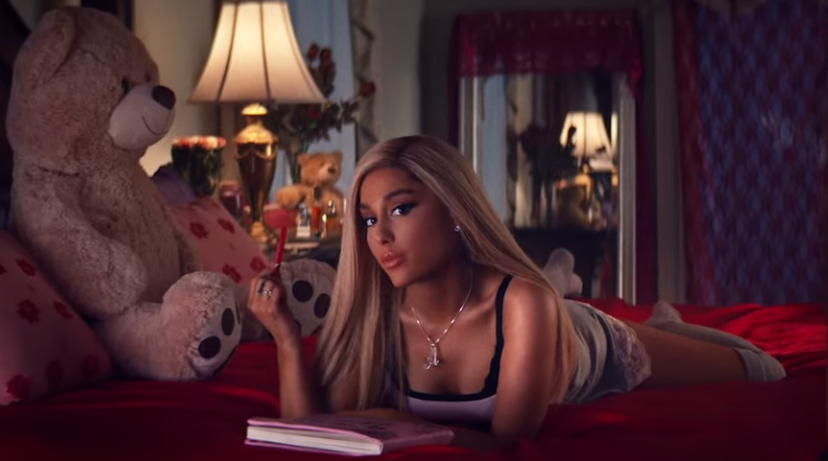 “I thought it would end beBut we didn’t make a good couple. I wrote some songs about Ricky, now I hear them and I laugh, we almost even got married. And refering to PeteI am so grateful… I wish I could thank you Malcolmbecause he was an angel.

Britney Spears naked: why the Princess of Pop shows intimate content on her networks
The day Miley Cyrus buried Hannah Montana and surprised the world to become the queen of twerk
From scrubbing floors to being Nicki Minaj’s first serious competition: Iggy Azalea, the story of a unique rapper