An Australian newspaper apologized to the actress on Monday. rebel wilson for an article about his romantic relationship with a woman, but denied pressuring her to go public.

LOOK: Rebel Wilson introduces his girlfriend on Instagram: Who is the woman who stole the heart of the actress?

Herald Andrew Hornery, columnist for The Sydney Morning, admitted in an opinion column that he “mishandled the approach” of a piece published Saturday about Wilson’s new romantic relationship with designer Ramona Agruma and how it had been made public.

Hornery pointed out that, after learning about this relationship, he sent a question to the actress to answer in two days, which some have seen as a form of pressure, but the journalist insisted that his intention was not to pressure her to come out of the closet.

Nevertheless, the article was removed from the web and replaced with an apology to the actress for having mishandled the matter.

“I thought I was looking for a Disney Prince, but maybe what I really needed all this time was a Disney Princess.”declared the actress on Friday on the social network Instagram along with a photo with her partner.

Hornery revealed the next day that last Thursday He had sent some questions about his new relationship to the actress, through his representatives, noting that he had two days to respond before the column was published.

The article sparked a wave of outrage among LGBT groups and Internet users who accused the newspaper and the columnist of pressure the actress, known for films such as “Giving the note” (“Pitch Perfect”) or “How to be single” (“How to be Single”), to declare her homosexuality.

“Thanks for the support, it was a very tough situation but trying to handle it with grace”Wilson commented on Saturday in response to one of the thousands of messages of support and censorship to the Australian outlet.

The Sydney Morning Herald removed Saturday’s article on Monday and published a new piece where Hornery, who is homosexual, “regretted” the situation and apologized to the actresswhich in 2017 managed to get an Australian court to agree with him after filing a defamation complaint against another media outlet.

“I am really sorry that Rebel found this difficult. That was never my intention. But I see you have handled it all with extraordinary grace. As a gay man, I am well aware of how deeply discrimination hurts. The last thing I want to do is inflict that pain on someone else.”acknowledged the columnist. 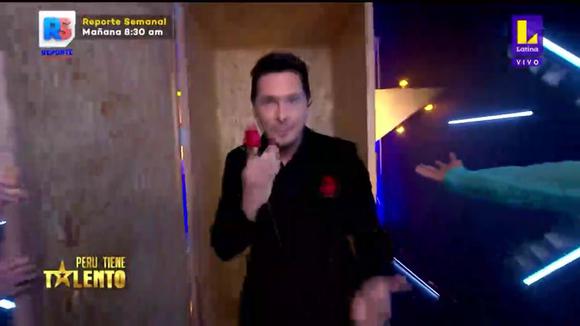