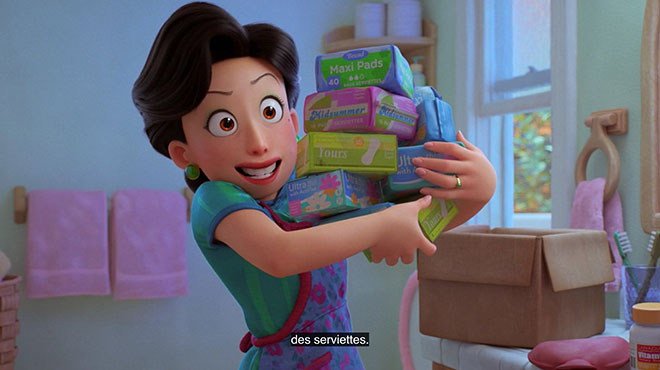 A new animated film signed Pixar was released on the big screen this Wednesday, March 16. “Red Alert” is already talked about for some rather unusual scenes in a children’s movie. Questions such as the transition from childhood to adolescence are addressed, thus lifting the taboo on menstruation and hygienic protection.

Pixar breaks taboos in its new animated film released this Wednesday, March 16 on the big screen. “Red Alert” addresses the theme of the passage from childhood to adolescence, with a specificity this time: we lift the veil on menstruation and hygienic protection, which appear for the first time on the screen.

One morning, young Meilin Lee wakes up woozy after a restless night. The young girl goes to the bathroom and discovers that she has transformed… into a red panda. She doesn’t know it yet but it’s actually her first period. When these emotions become too strong, Meilin indeed takes on the appearance of this large animal with glowing reflections.

This parallel with the transition to adolescence of the young girl was welcomed by the public.