US media reports
It’s a boy: Rihanna has become a mother for the first time


According to US media, singer Rihanna and US rapper Asap Rocky have become parents of a boy. The son is said to have been born on May 13th.

According to media reports, pop star Rihanna and her boyfriend, US rapper Asap Rocky, have become parents for the first time. The singer from the Caribbean island of Barbados gave birth to a boy in Los Angeles on May 13, reports the celebrity portal “TMZ”. The child’s name is not yet known. The TV channel CNN and the magazine “People” also reported on the birth.

Rihanna (“Umbrella”) and Asap Rocky (“Praise the Lord”) announced with a series of photos in January that they are expecting a child together. In April, the artist flaunted her baby bump in a photo shoot for fashion magazine Vogue. The 34-year-old also graces the cover of the May issue in an orange-red, skin-tight lace bodysuit.

Asap Rocky made headlines about a month ago after being temporarily arrested in Los Angeles. The musician was accused of assault using a weapon, the police said at the time. The rapper is considered a suspect in an incident in November last year in Hollywood.

Rihanna is the richest entertainer in the world

According to the police, a dispute between two acquaintances had escalated, which ended with gun violence. One victim was slightly injured. Asap Rocky was released on bail after being arrested. 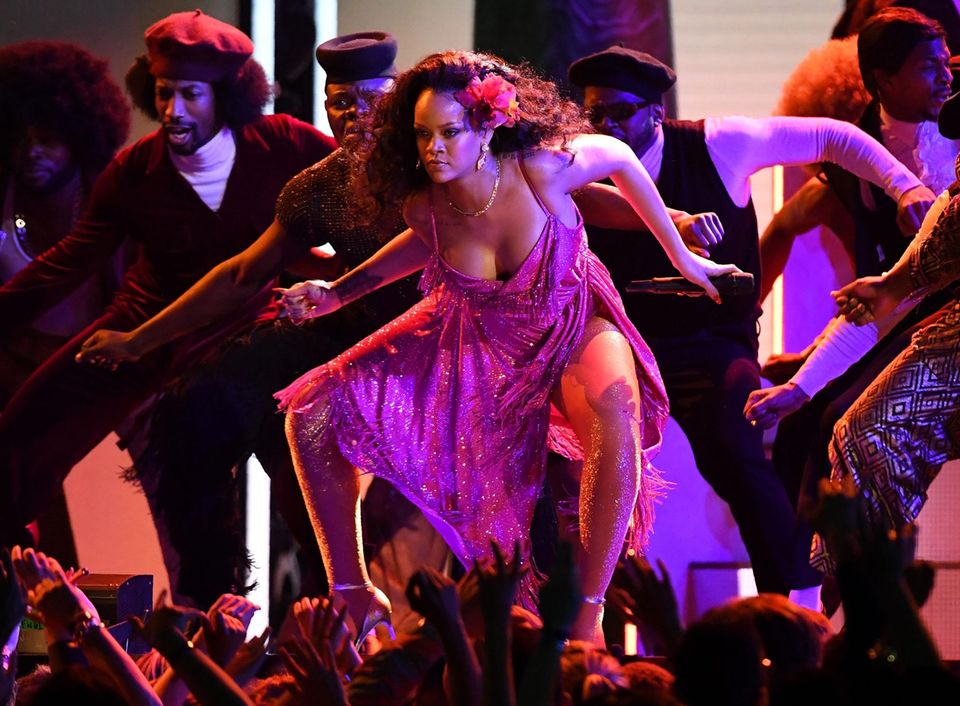 She is the first world star from Barbados: Although she has only just turned 30, the list of her awards already fills a whole book: Rihanna has won countless Grammys, American Music Awards, MTV Awards and other prizes in her career spanning more than ten years. In addition, she received hundreds of silver, gold and platinum records for her songs and albums. She is now also a successful fashion designer and acts as an actress in films and series. She performed at the Grammy Awards in late January this year.


Grammy winner Rihanna is also successful as an entrepreneur: The US business magazine “Forbes” estimated her fortune last summer at $ 1.7 billion (about 1.6 billion euros). She is the second richest entertainer after TV presenter Oprah Winfrey. Much of the fortune came from Rihanna’s cosmetics line, it said.