Robert Morse, who was one of the protagonists of the iconic ‘Mad Men’He has died at the age of 90. Recognized for playing Bert Cooper, co-founder of the advertising agency of the acclaimed AMC series, broadcast between 2007 and 2015, the actor also carved out an important career on the Broadway stage.

LOOK: Mad Men, Game of Thrones or Breaking Bad: Their protagonists before fame

It was the screenwriter and producer Larry Karaszewski, vice president of the Board of Governors of the Academy of Motion Picture Arts and Sciences, who announced the death of the actor.

“My good friend Bobby Morse has died at the age of 90”, wrote. “A great talent and a beautiful soul. I send all my love to his son Charlie and his daughter Allyn”, continuous.

My good pal Bobby Morse has passed away at age 90. A huge talent and a beautiful spirit. Sending love to his son Charlie & daughter Allyn. Had so much fun hanging with Bobby over the years – filming People v OJ & hosting so many screenings (How To Succeed, Loved One, That’s Life) pic.twitter.com/H1vCD3jjul

With a career spanning nearly 60 years, Morse appeared in nearly a hundred stage, television and film productions. It was with the stage adaptation of Shepherd Mead’s ‘How to Succeed in Business Without Really Trying’ in 1961 that she first made her name on the Broadway scene. For his participation in the play, he won a Tony Award, an award that he won again for playing Truman Capote in ‘Tru’.

Recognition on television came with ‘Mad Men’, a series for which he was nominated for an Emmy five times. In 2010, Morse, along with the rest of his co-stars, won the Screen Actors Guild Award for Outstanding Ensemble in a Drama Series.

The eccentric Bert Cooper was known for his bow ties and his collection of Japanese art and architecture. Although he sometimes seemed indifferent to the business affairs of the Sterling Cooper advertising agency, he could be cunning and manipulative when necessary. Cooper, in ‘Mad Men’, died the night of the moon landing and that episode gave Morse the opportunity to show off his singing and dancing skills with a fantasy number imagined by Don Draper ( Jon Hamm).

Watch the trailer for “Elite” Season 5 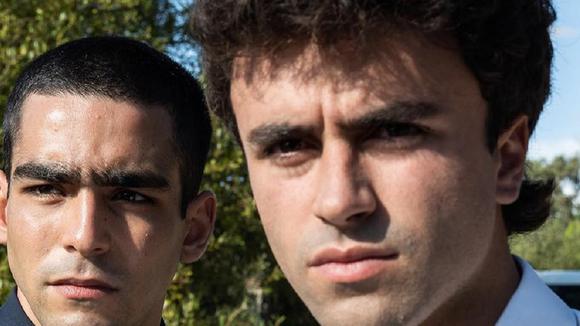 Trailer for season 5 of “Elite”, a Spanish Netflix series.