samuel suarez He said he believed that the girlfriend of the Peruvian soccer player Paolo GuerreroAna Paula Consorte, would be pregnant.

It is worth mentioning that the Brazilian shared, through her Instagram account, photos of her Christmas meeting with the popular “Predator” and her family.

Some of the published images revealed a notable “tummy” that aroused rumors about a possible pregnancy of the dancer.

WATCH THIS: Alondra will be a lady at the wedding of Paolo Guerrero’s cousin and would meet Ana Paula | VIDEO

In this regard, the creator of the Instarándula portal, said he was sure that the couple would be making the sweet wait known with the photographs.

“In his photos in networks, that area of ​​the pants is covered, but look at the detail there. Yes, it is a pregnant belly, already confirmed,” said the popular “Samu.”

Likewise, the communicator recalled how long ago Guerrero ended his relationship with the model Alondra García Miró. “How fast! But the photo is already too obvious, ”he mentioned. 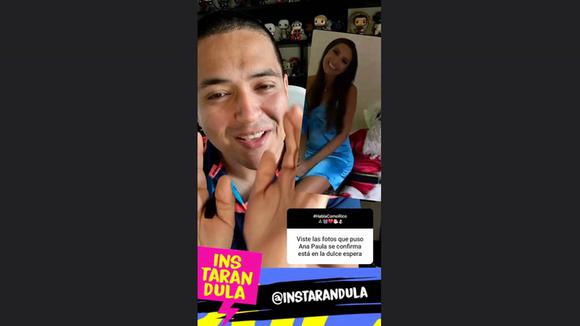 Paolo Guerrero grateful and excited after receiving a detail from Ana Paula Consorte: “Thank you, my love”

Through his Instagram story, the Peruvian soccer player shared a photograph of the gift he received from the Brazilian dancer.

The gift consisted of a box that had several photographs of the couple, a wine and some sweets. About the photograph, Guerrero labeled Ana Paula, and also wrote: “obrigado meu amor (thank you, my love)”.

Although the reasons why Ana Paula would have given her the present are unknown, her followers speculate that it was probably because the couple would have been together for another month.