This week, Sean Penn signed an agreement with the city of Krakow in Poland. The American actor and his CORE foundation are helping Ukrainian refugees.

The organization headed by Sean Penn will pass on to the Krakow city hall its know-how acquired from similar operations and will open an office there, explained the Polish press agency PAP. The program includes educational activities, the organization of workshops and the financing of renovation works of unoccupied premises to accommodate refugees.

a documentary in preparation for several months

At the end of last February, when the Russian invasion broke out, Sean Penn was in kyiv. He was filming a documentary there on the situation in Ukraine, according to information from the Ukrainian presidency. Already in November, he had gone to Ukraine to meet soldiers there. The documentary would be destined for Vice studios, according to the American channel NBC News. 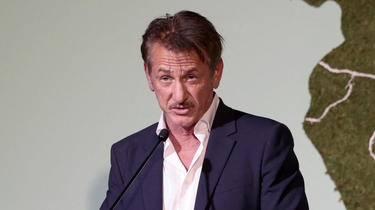 In an interview published by CNN, the actor awarded for the films Milk and Mystic River also attacked the Academy of Motion Picture Arts and Sciences, which organizes the Oscars each year. He said he intended to melt his statuettes if the Academy did not invite Ukrainian President Volodymyr Zelensky to speak at the ceremony which will take place overnight from Sunday to Monday.