The actor Emilio Delgado, who played the character of Luis in the children’s series “Sesame Street” for more than four decades (Sesame Street), died this Thursday at his New York residence at the age of 81 due to blood cancer, his wife, Carol Delgado, confirmed to TMZ.

Born in California in 1940, Delgado worked as a performer on “Sesame Street” from 1971 to 2015, which has led to the role of Luis being considered the longest-running Mexican-American character on US television.

Although he was born in Calexico (USA), Delgado spent his first years of life in Mexicali (Mexico), and began working as a child as a shoe shiner and in a bicycle repair shop that his uncle ran while he went to school on US soil.

After graduating from high school in Los Angeles, he studied performing arts, and his acting career began in 1968 on the PBS series “Song of the Race.”

When “Sesame Street” decided to include Latino actors in its cast, Delgado took on the role of Luis, the owner of the “Fix-It Shop.”

The American of Mexican origin also acted in several works both on Broadway and Off Broadway -as the lower-profile theater circuit with fewer means is known-, among them the Shakespeare Theater of New Jersey, the INTAR Theater, the Round House Theater and the Manhattan Theater Source.

When his character was removed from “Sesame Street” in 2015, Delgado began appearing on various American television shows such as “The Lou Grant Show”, “Hawaii 5-0”, “Quincy” or “Police Story”.

The actor continued to work until the start of the pandemic, when the play he was working on at the time, “Quixote Nuevo”, was suspended after having passed through three cities.

At the end of 2020 he was diagnosed with multiple myeloma, a type of blood cancer, but Delgado remained active despite the disease and in December 2021 agreed to serve on the board of directors of the Bayard Rustin Center for Social Justice, dedicated to protecting LGBTQ youth. (Source: EFE)

The Tinder scammer: who is the man accused of stealing millions from several women 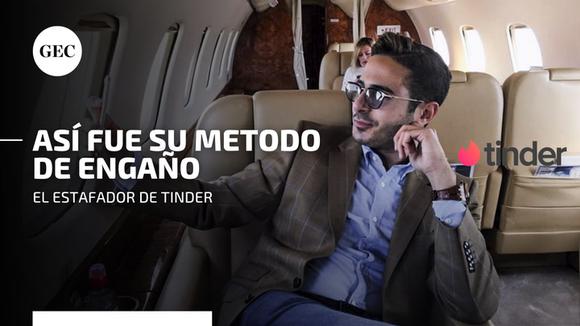 Simon Leviev is the protagonist of the new Netflix documentary, which has quickly entered the Top 10 of the most viewed on the platform, but do you know what his method of deception was? Here we tell you.