The culture Ministrythrough the Special Bicentennial Project, the Directorate of Audiovisual, Phonography and New Media, and the Decentralized Directorate of Culture of Cusco, will offer a free cycle of short films made in different regions of the country, such as Cusco, Puno, Ayacucho, Amazonas , Huancavelica and Lima.

These are the ten winning audiovisual productions of the National Project Contest: “Bicentennial Short Films”, which took place within the framework of the commemorations for the 200 years of the Independence of Peru.

The cinematographic works will premiere in two performances on Saturday, March 26 and Sunday, March 27 at 6 pm in the Armando Robles Godoy movie theater, located in the headquarters of the Ministry of Culture (av. Javier Prado Este 2465, San Borja). Admission is free and will be done on a first-come, first-served basis until full capacity is reached.

Citizens will be able to enjoy these new audiovisual contents that rescue unrecognized characters in Peruvian historiography, encourage reflection on the iconography of independence, the creation of new national myths and the recognition of cultural diversity.

10 stories to reflect on our country! 🇵🇪🎉

On Saturday, March 26, the first five titles will be released: Rimana Wasia short about the discovery of a radio soap opera in Quechua on a local station in Puno; heroines, a false documentary from Cusco that shows the cult that a group of women dedicates to the skull of Tomasa Tito Condemayta; and Monteagudo, an animated short that rescues the figure of Bernardo Monteagudo, a character ignored by historiography for being of African descent. In addition, Variations of an independence, an experimental work on an intuitive search where the image of the body is explored as a patriotic symbol; and Aents: identity and territorya documentary that narrates the process of the Awajún citizens in obtaining their DNI.

Continuing with the cycle of short films, on Sunday 27 will be screened urgent wordsa work that offers a thoughtful but fun look at the solemnities and patriotism that we were taught at school; The Guardian and the last Creolestells the story of a group of older adults who collect, interpret and revive the voices of Creole singers of yesteryear; uncovereda short film in which six trans women give voice to the stuffy Lima women, their “I” from the past, while living in the present with their own conflicts; Resistance, a short film in Quechua that tells the story of a soldier who fights with courage and conviction for his family; and 200 mileswhich reflects on union as the only way to overcome difficult times.

One day before the premiere, on Friday 25, the inauguration of the Cycle of Short Films of the Bicentennial in the Ministry of Culture, and can be seen live thanks to the broadcast of Cultura24.tv. During the ceremony there will be the participation of the filmmakers of the short films, who will comment on how the recording process was, the challenges they faced and the topics addressed. Also attending will be the director of the Bicentennial Special Project, Hildebrando Castro Pozo Chávez, and Laura Martínez, director in charge of the Audiovisual, Phonography and New Media Department (DAFO).

In this way, the culture Ministry contributes to the dissemination of audiovisual production that takes place in Peru and the work that is carried out from state institutions to promote the creation and production of diverse and decentralized works. 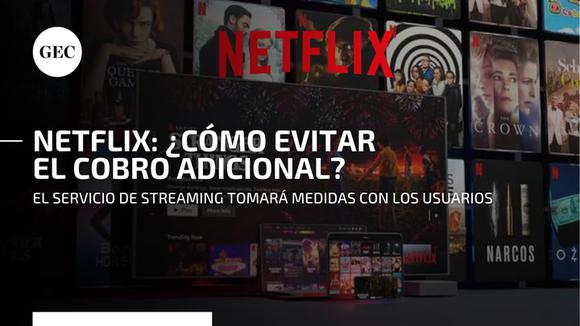 The streaming service will charge an additional S/ 7.9 in Peru for each user who does not live in the same house as the account holder. Know all the details in this video.