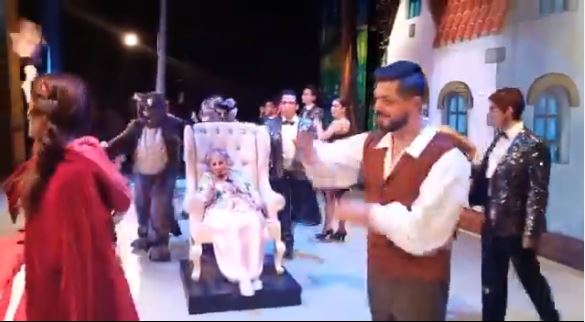 Silvia Pinal plays Little Red Riding Hood’s grandmother and appears in the play sitting on a chair that the other actors manipulate (Capture: @ivan.cochegrus/Instagram)

The Musical Press Show Little Red Riding Hood, what’s up with your granny!, which marks the return of Silvia Pinal to theatrical stages, took place without the presence of the star.

The comments had already been raised at the New Silvia Pinal Theater when the start of the show, which was scheduled for 8:00 p.m., was delayed.

Before the confusion of the attendees, finally the actor Carlos Ignacio sHe went on to report that Pinal would not be at the function for a drop in your blood pressure.

Carlos Ignacio, who also wrote the libretto for the play, appeared dressed as the Big Bad Wolf and made the announcement to the attendees, among whom were figures such as Eric del Castillo, Laura Zapata, Latin lover and Alma Sanchez Fuentes little things. 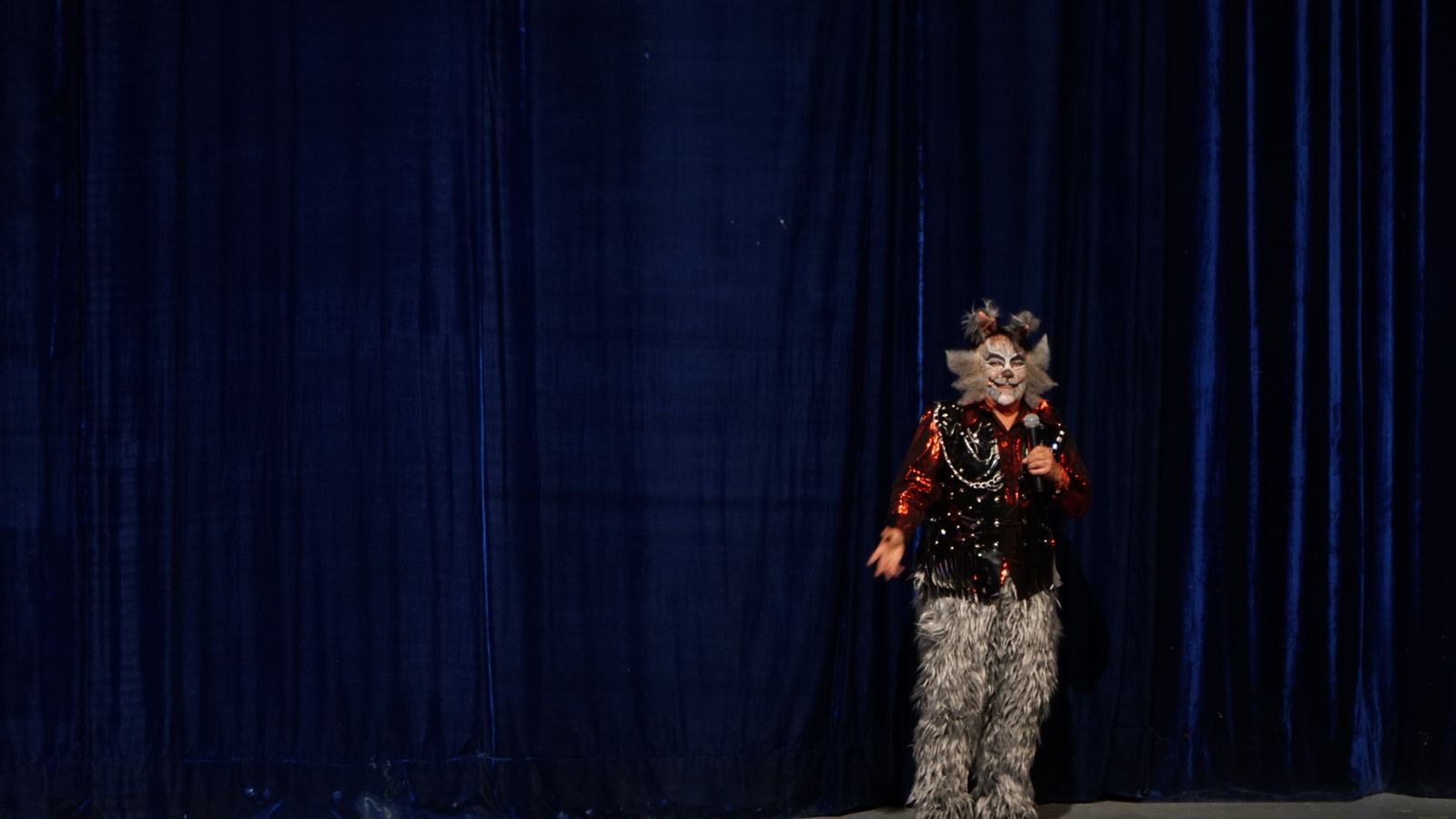 Carlos Ignacio was in charge of reporting what was happening with the actress Photo: Infobae/Eduardo Altamirano

“It has been a week of emotions, of rehearsals, of things,” he told the audience. “And today precisely because of the delay, we are waiting for the doctor to authorize us, We don’t want to risk it.”assured.

Carlos Ignacio took the opportunity to express that Pinal “is very excited to see all her friends, her colleagues who came here, she sends them all her affection, her love.”

Finally, he assured that in future functions the star of the Golden Age will be present at the functions.

“We promise you that next week you will see it in all its splendor.” 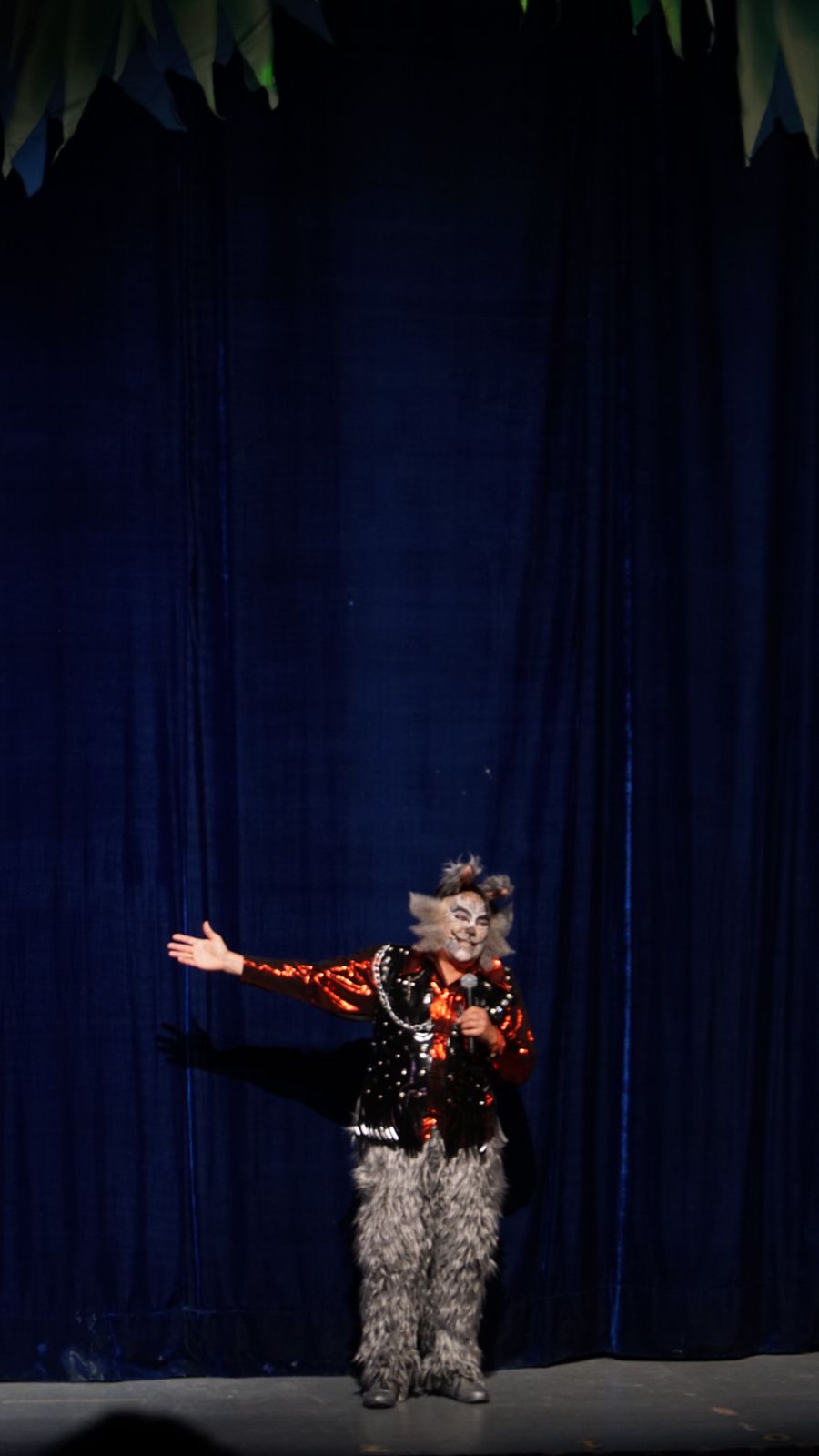 Carlos Ignacio promised that Pinal will be in all its splendor in the work Photo: Infobae/Eduardo Altamirano

For this role, Pinal was replaced by another renowned actress: Norma Lazareno.

Silvia Pinal’s return to theatrical stages was not well seen by followers and members of the media.

First it was noticed that the 90-year-old star suffered from a coughing fit during an interview to present the work and then it was warned that perhaps her condition was not the best to present herself, given the health problems she faced and that even took her a a hospitalization last December.

The presenter Gustavo Adolfo Infante expressed strong criticism of the theatrical production and it was even said that his attendance had been vetoed. 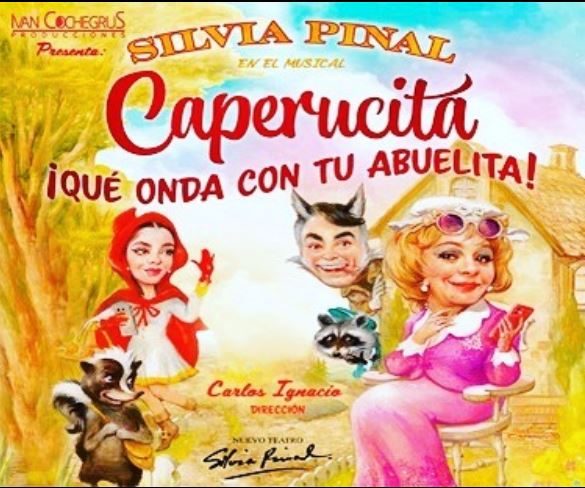 “This is not what Silvia Pinal deserves to retire from the artistic medium and the children don’t say ‘my mom needs the money’, that is, because how much can they pay her? You just see that scenery, I almost painted it. It’s unfortunate, go to the little skunk, it seems that the costume was bought in the Lagunilla market, then it’s fine chafita”, he pointed out during a broadcast of the program First handof which he is the owner.

Hours later, through a live broadcast on Facebook, Infante assured that the producer of the work, Iván Cochegrus, had banned him from the special function for the press on May 11.

“I applaud Ms. Silvia Pinal for her desire to work, she is an inexhaustible, tireless woman, butThere was a time when the divas had to retire as María Felix retired, we did not see her in her last days, Elsa Aguirre, María Victoria, Marco Antonio Muñiz, Loco Valdés, Polo Polo, Xavier López Chabelo, why expose Silvia Pinal”, he shared with his followers on the social network, but assured that he would not be a participant in what was happening with the actress.

Criticism was also unleashed on social networks for the presence of the 90-year-old actress in the play, especially because she was physically diminished, and even memes about the situation were shared. Some users emphasized the fact that Pinal appeared in the play on a chair with wheels without moving on stage.

Despite the criticism, the children of the star defended their presence in the play. “She always wants to be working and this opportunity came up to start the theater and to do theater for children … The doctor told us that what she could do best was to take care of herself,” explained her son Luis Enrique to the program Joy come.

Gustavo Adolfo Infante is banned from a play starring Silvia Pinal after strong criticism
Adela Micha spoke about controversy with Silvia Pinal: “I was doing my job”
Silvia Pinal has already premiered her children’s musical: “Getting on stage gives her health”