The premiere of “Until we meet again” on Netflix has not only unleashed a wave of criticism against the script and direction of the film, but has also put all eyes on the performance of the Peruvian actress Stephanie Cayo.

After the Peruvian actress came forward to minimize the questions and defend her career in the film industry, Ana Sanguineti, the artist’s mother, decided to break her silence to support her daughter.

The progenitor of Stephanie Cayo He shared his daughter’s publication in which he defends himself against the attacks against him, and took the opportunity to send a strong message to his critics.

“Yes please, we beg unruly and mean tweeters to get to work (that helps guys), especially not to waste time“, he pointed Ana Sanguineti through your account Facebook.

For her part, the remembered protagonist of the soap opera “Kisses stolen” wrote an extensive message in her Instagram stories to ensure that she has managed to stand out in this area without having to talk more about third parties.

“Regarding the tweet criticism, I reiterate: Get out of Twitter and get to work, or make another movie. Go! That we do need, more Peruvians doing nice things for our country”, he refuted.

Stephanie Cayo also supported Bruno Ascenzowho has received criticism for the script and direction of the film.

“You better go do things for yourselves and leave my friend Bruno alone, he’s a wonderful writer and director. I repeat, if you are going to speak, show me something that you have done, (something) that you have sacrificed your life for, that you have fought for years and then we talk. No one has given us anything. get to work”, he indicated.

Brunella Horna is trolled for not knowing funny jargon 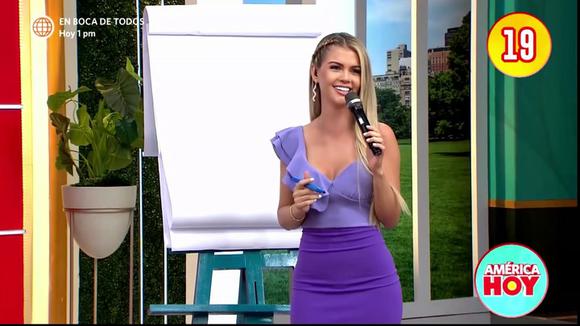