Totally surprising, on Thursday, May 5, Taylor Swift announced the arrival of her single “This Love (Taylor’s Version)” by posting a preview of it in the trailer for “The Summer I Turned Pretty”, the new Prime Video series.

Through her official Instagram account, the 32-year-old singer-songwriter thanked Jenny Han, who wrote the book on which the Prime Video series is based, in 2009 and revealed that “This Love (Taylor’s Version)” will be released at streaming platforms beginning at midnight on Friday, May 6.

“Thank you Jenny Han for debuting my version of This Love in The Summer I Turned Pretty trailer!” wrote in the post. “I’ve always been so proud of this song and so happy about this turn of events: This Love (Taylor version) is out tonight at midnight!” was the message he spread prior to the official launch.

It is a theme that has been reissued

The song “This Love” first appeared on Taylor Swift’s 2014 album “1989”. Although it did not achieve the commercial success of the other songs on the album, such as “Blank Space” and “Shake It Off”, Swift shows today that she is not willing to give up and presented a new version.

In the new presentation, he changed the introduction and the melody has a more indie genre vibe. Swift’s voice also sounds less processed; however, her handwriting remains the same.

The song was written as part of a poem that later became a song, it was written solely by Taylor. “This Love” was the first song written for “1989″ and was recorded shortly before the release of her RED album.

As recalled, in 2019, Taylor Swift promised that she would re-record her first six albums after music executive Scooter Braun bought her former label, Big Machine.

The deal left master rights to her repertoire to Braun, whom Swift described as a “relentless and manipulative stalker.” A year later, Braun sold the artist’s catalog of hits to Shamrock Holdings, a private equity firm.

That is why the release of “This Love (Taylor’s Version)” has generated a lot of expectation among her followers, as many believe that “1989” could be the next album that Swift re-records as part of her master plan to remake the largest part of their catalog.

However, a movement by the artist has disoriented her fans and fueled speculation that her next re-recording could be her version of “Speak Now” or even considering a double release in the coming weeks.

Alarms went off after Taylor Swift’s official website launched two different merchandising collections at the same time: one corresponding to “1989″ (Taylor’s Version) and another related to “Speak Now” (Taylor’s Version).

When Taylor knows that she is impassable per capire, the next re-recording will be “Speak Now” or “1989” and she decides to play with my sentiments 🥺 I love you stesso 💙💜#ThisLoveTaylorsVersion #Taylor Swift #SpeakNow #1989 #TheOldTaylorCollection https://t.co/YTvBTCQHUR

When you realize when you got your nails done TWO WEEKS AGO – you were the Easter Egg for @taylorswift13 dropping 1989 merch and the This Love (Taylor’s Version) release 🤯💙🫶🏻 #ThisLoveTaylorVersion #ThisLoveTaylorsVersionOutNow @taylornation13 #Taylor Swift pic.twitter.com/uw9jGaOYm0

Taylor Swift shares video on Instagram about her documentary 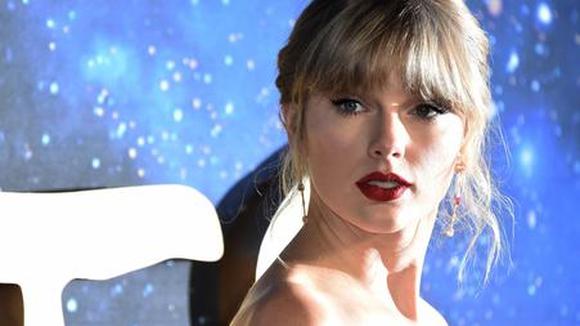