The member of “This is war”, Tepha Loza was encouraged to give small details of the happiness she feels today because she is in love. Although she did not want to reveal the name of her current partner, she assured that she was happy next to her new love.

Many speculate that it would be the soccer player Sergio Peña, however, she did not want to say the name because she explained that she wants to take care of this new relationship that has her excited.

It all happened when he had to be part of a challenge. The host of the reality show, Joahna San Miguel stopped her for a minute to talk about it.

“Apart from being cute, he is very mature and is an A1 person. The important thing and the good thing is that it is projected to more… I want to keep it that way and I want to take good care of this. to anonymous many kisses for you and I hope to see you soon. For the first time, after a long time, that I have this beautiful illusion and I want to do things well, that everything flows well and that there is no bad vibe. Let’s see what happens later and I love it and I’m happy”, said the warrior.

Given these statements, her sister Melissa Loza made a surprised face to learn live that her younger sister is with a partner and did not hesitate to give her advice to start a nice relationship. “I don’t know much, but I only know that that smile has a first and last name. It’s nice to see her happy. Step by Step”, commented the “Goddess”.

Johanna San Miguel also asked her how she calls him affectionately and the warrior replied “my love”. In addition, she revealed that Tepha would be planning to travel to Germany to meet her new love, but apparently this would not be possible due to the fact that the producer of the program has prohibited them from taking leaves of absence. 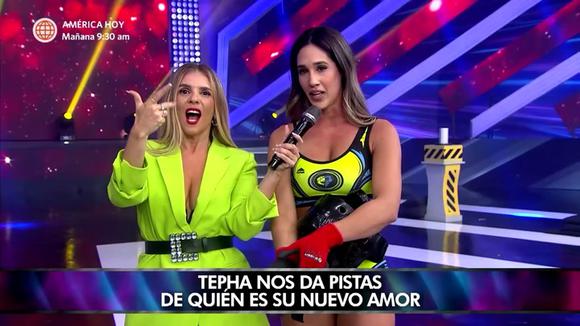 Melissa Paredes says that she and Rodrigo Cuba regret many things 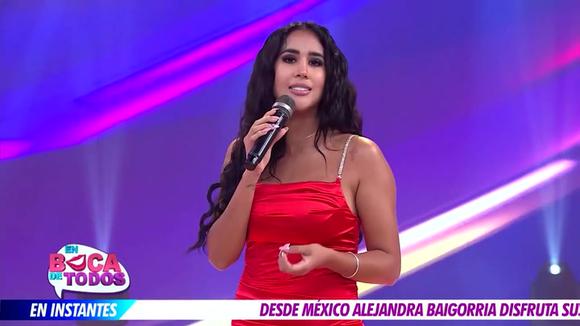 Melissa Paredes says that she and Rodrigo Cuba regret many things https://www.americatv.com.pe/