Mexico.- The premiere of Thor: Love and Thunder is very close —July 7— and the whole world awaits the fourth title of the studio that leads the legendary God of Thunder.

The process of introspection, however, is interrupted by the arrival of Gorr, the Butcher of Gods (Christian Bale), a new enemy like none he has faced so far, embarked on a mission to make all the gods extinct.

Thor: Love and Thunder presents a collection of characters that, since the launch of the trailer, are giving a lot to talk about. Allies, henchmen, villains, gods… some make their return to the Marvel Cinematic Universe (MCU) and others are introduced to it for the first time. These are five of the characters who step strong within the story. 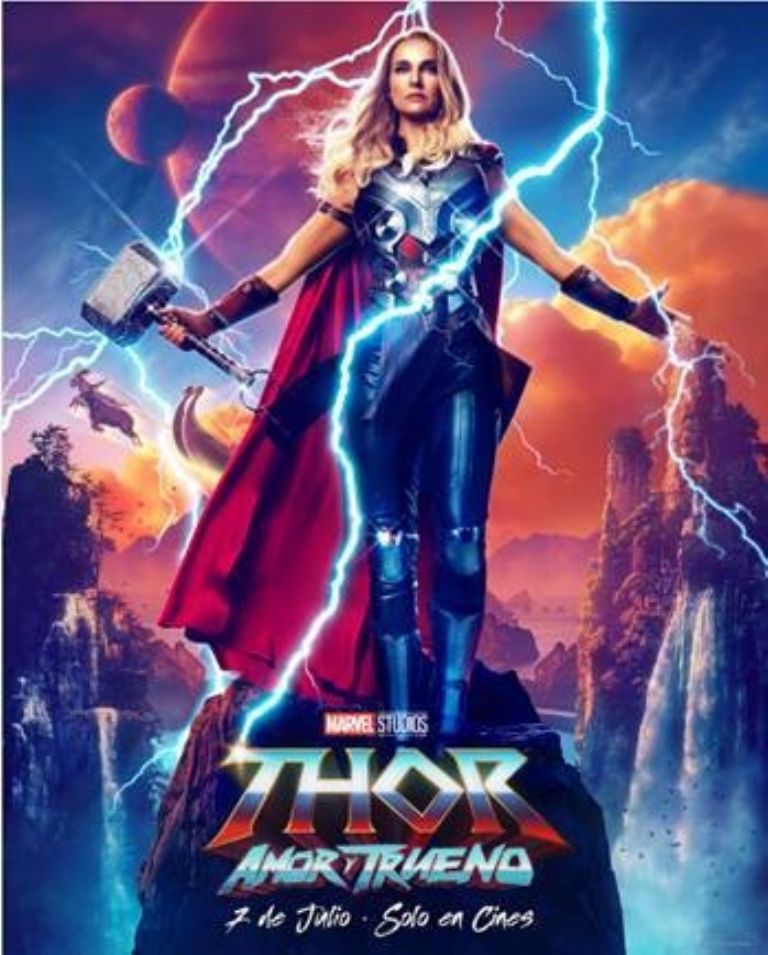 Fans have been waiting for it: Jane Foster (Natalie Portman), Thor’s ex-girlfriend and world-renowned astrophysicist, is back in Thor: Love and Thunder.

After her disappearance in the blip, Jane reappears with new powers and a major transformation: she has proven herself worthy to wield her magical hammer, Mjolnir, and has become the Mighty Thor.

In previous movies, Jane was a scientist who needed help and Thor saves her. But in this movie, she is looking for her own solutions and following her own path. She’s fighting alongside Thor and they’re teaming up, but Jane is blazing her own trail, which is very exciting,” says Portman.


Thor: Love and Thunder also reveals more about Jane and Thor’s relationship and their separation, allowing both Chris Hemsworth and Portman to showcase their comedic talents.

“Natalie was very enthusiastic and open to any kind of collaboration, with a great sense of humor. Her character takes a very different direction, so it was like a rebirth. She was more than willing. It was hilarious,” says Hemsworth.


Gorr: The Butcher of Gods

Thor has faced great villains throughout his history, but nothing quite resembles what the appearance of Gorr, the Butcher of Gods, implies. 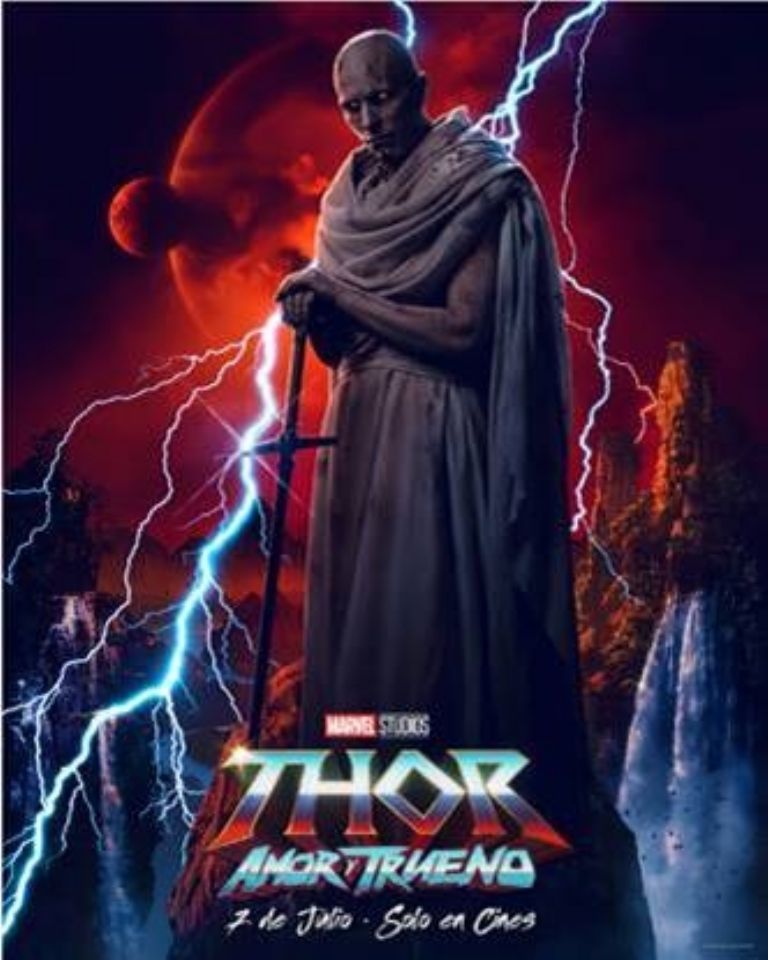 The new character, who lands in the MCU at the hands of actor Christian Bale, was a devout man who obediently prayed to the gods, but after witnessing death and destruction for a long period without the gods intervening, Gorr is consumed by a fierce anger and decides to rid the Universe of these immortal beings.

Explains Hemsworth: “Gorr is a very dramatic and unhinged character, but Christian Bale was able to find the epicenter in every moment. You can’t take your eyes off him. The character is fascinating, because like all good villains, Gorr has a point. He may not do things in the best way, but there is empathy in the script, and Christian took a lot more layers out of it and gave more depth to the character of Gorr.”

That of Valkyrie (Tessa Thompson), King of New Asgard since its foundation, after the events of THOR: RAGNAROK. In the new story, Valkyrie teams up with Thor to confront a new villain who is threatening the safety of his people. Valkyrie is the last remaining member of Asgard’s elite force of female warriors and she misses the old days, when she fought alongside her sisters. 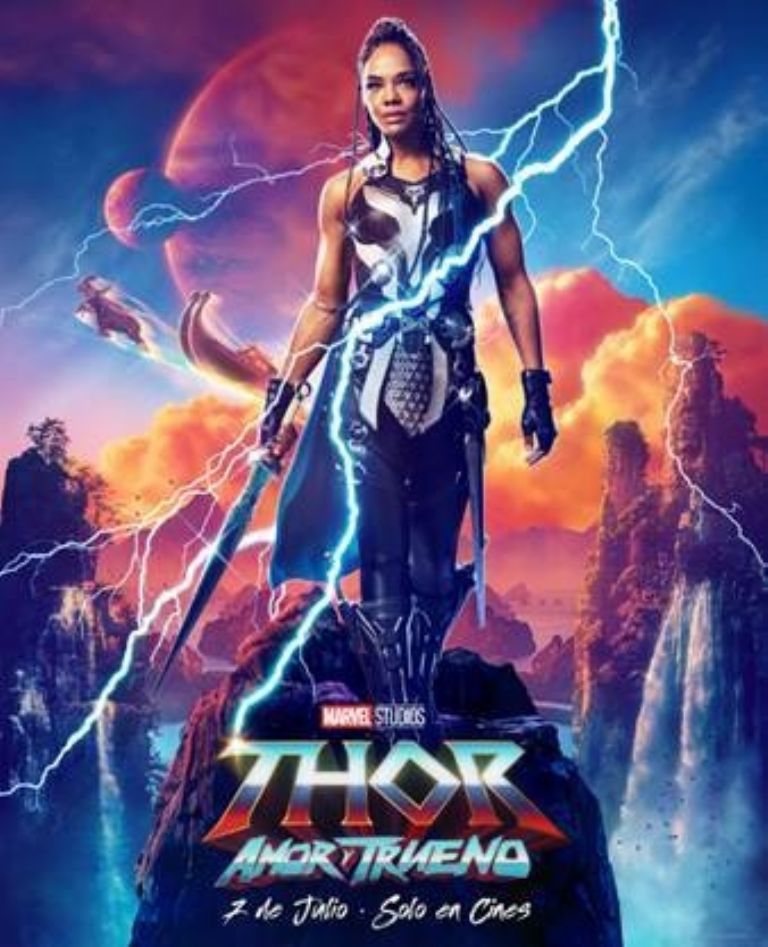 Therefore, when Gorr takes the battle to New Asgard, she doesn’t hesitate for a moment to join Thor and fight alongside him. “Playing a Super Hero that goes against the grain, that she is so strong and resilient, she is wonderful. The really interesting thing about the MCU is the idea that your superpowers come from the things that happened to you, the traumas that you had, the things that ostracized you. But what makes you different is what makes you so spectacular,” says Thompson.

When it comes to deities, nothing and no one compares to Zeus, the legendary king of the gods who makes his grand entrance into the MCU in the film, is played by Russell Crowe. Zeus inhabits the Great Pantheon of Omnipotence City, and has little record of the increasing number of gods that are disappearing, courtesy of Gorr. 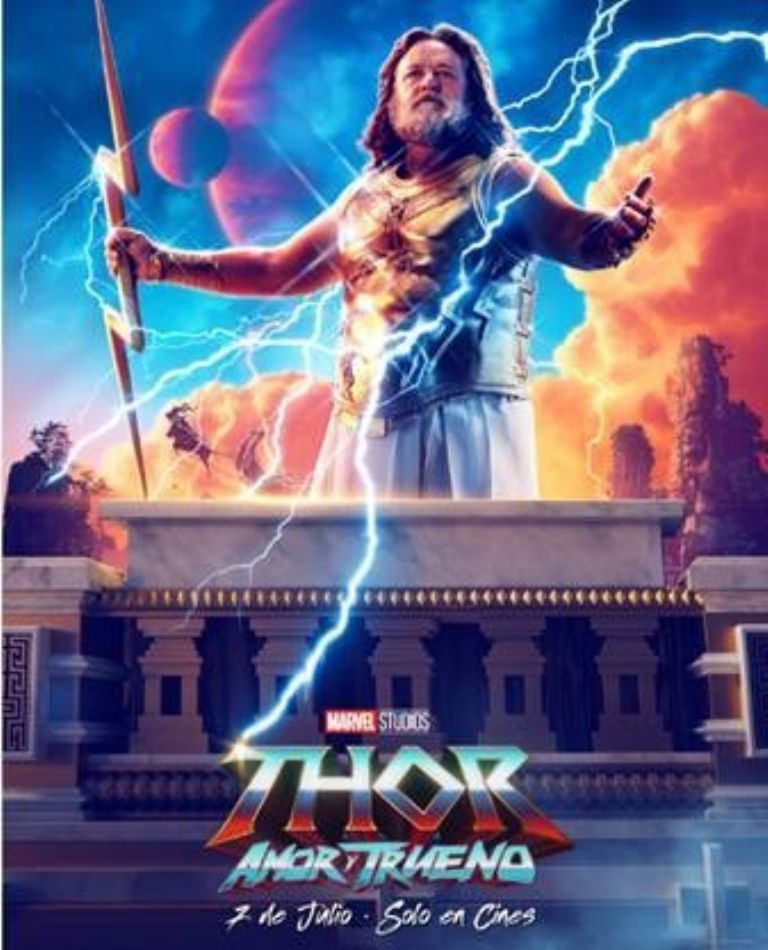 Both the cast and the directors of the new film assure that Crowe’s personification of the character is exceptional, insofar as it combines in its fair measure the majesty and great presence that is expected of Zeus with the sense of humor necessary for him to be part of the world. featured in this story. 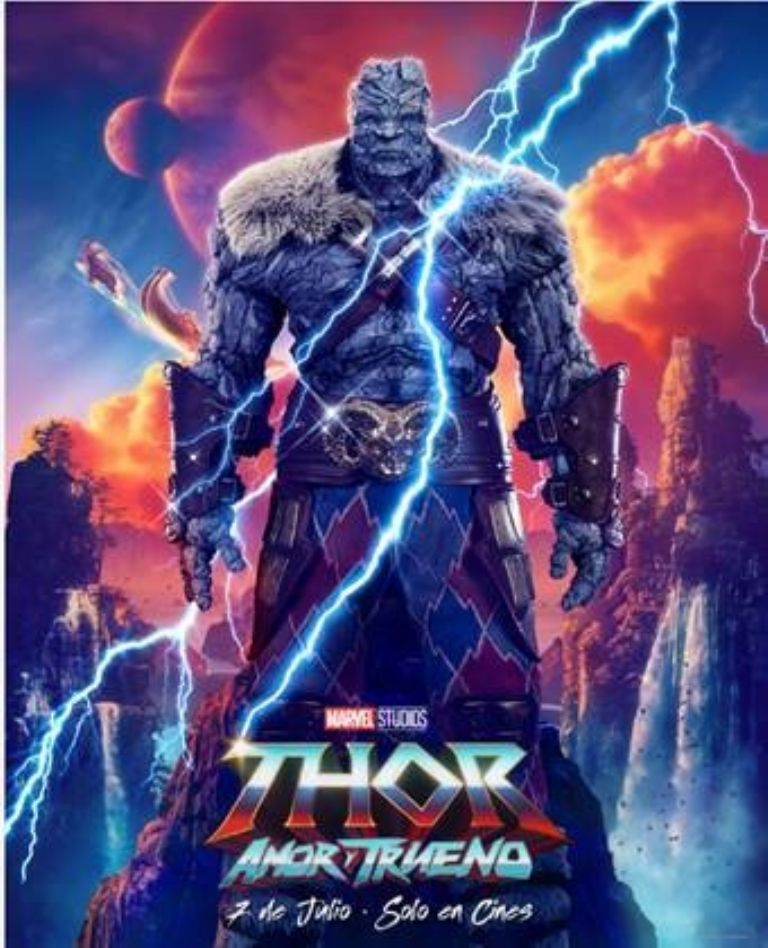 In his new story, Thor couldn’t help but be accompanied by his faithful sidekick, Korg. This cute, rocky-looking humanoid is one of the most beloved characters by Marvel fans, and when the God of Thunder needs support, he doesn’t hesitate to be there. Taika Waititi, director of THOR: LOVE AND THUNDER, lends his English voice and motion capture for Korg.

I think the good thing about Korg, relative to all these other characters that are evolving and changing and doing different things, is that he didn’t change at all. He is a very important grounding force,” Waititi observes.