After a decade of legal litigation, Zulma Lobato won a lawsuit against Crónica TV for “damages” for the broadcast of Anabela Ascar’s program in which she was recorded without her consent when she lost balance off the air.

The situation that generated the conflict took place in 2011, when Zulma Lobate fell apart when she was about to appear on the program “Hedos y Protagonistas”, which she hosted Anabela Ascar in TV Chronicle.

In that dramatic moment, both Zulma Lobato Like the medical staff who treated her, they asked not to capture her with the cameras, but in the cycle they showed absolutely everything.

“All these issues belong to the private sphere of Mrs. D., and it is not noticed what socially relevant interest their dissemination may have. Thus, in the absence of consent on the part of the plaintiff, it is clear that in the course of that broadcast the honor, intimacy, and image of Mrs. D were damaged.”, expresses the document that defends Zulma Lobato. 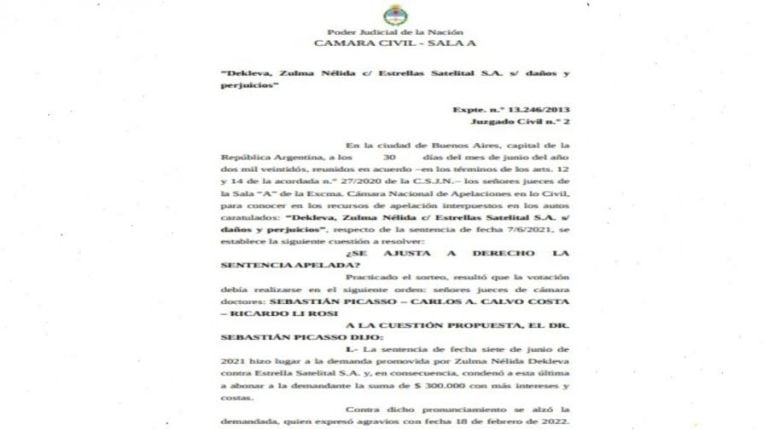 The judges took into account that the aforementioned film record was never authorized; and even less so was the possibility of broadcasting it in public.

Furthermore, the ruling states that cub must be compensated by TV Chronicle with the sum of $300,000 plus interest and costs.

Around 2007, Zulma A similar situation had happened when the cycle 70-20-10, from Chiche Gelblung, shared a report in which the image of the media was ridiculed by insinuating that she was looking for food in the garbage.

At that time, the Supreme Court of Justice of the Nation ordered compensation of 200,000 pesos in favor of the media.