Eight years had to pass for Jorge Rial and Luis Ventura get back together, spend a moment like they used to, and apologize for past mistakes. All this happened on the afternoon of Friday, July 1, in a bar in the Palermo area.

This was stated by Jorge himself in an Instagram post, after meeting “purely by chance” while Ventura was having a snack with his people after his return to Intruders (he replaced Florencia de la Ve due to a “flu state”) and he buying books. 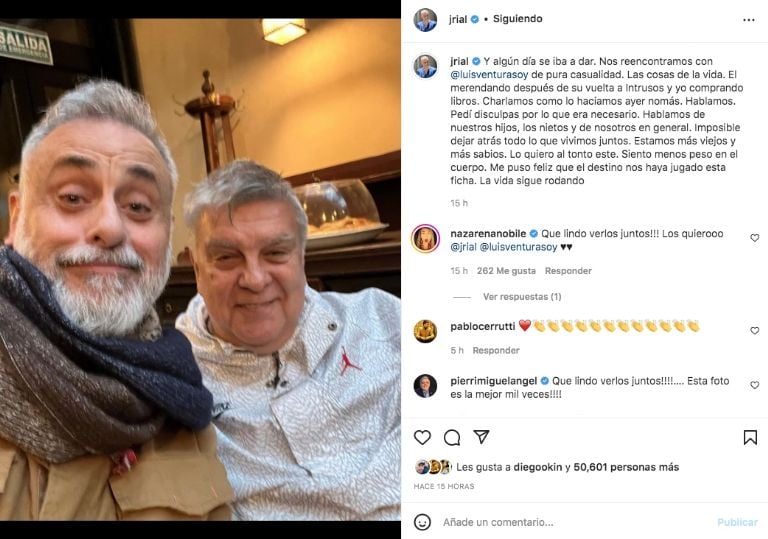 In that pleasant talk they had, just as they did in the old days, Morena and Rocío’s father repented for things he considered necessary and apologized to his colleague, who agreed to pose for the photo that Rial himself uploaded to Instagram. Ventura, meanwhile, chose not to give anything on his social networks. Why will it be after so many years together in Intruders?

They were also able to share how their lives are today. “And one day it was going to happen. We met again with @luisventurasoy by pure chance. Things in life. He had a snack after his return to Intruders and I bought books. We chatted just like we did yesterday,” Rial began.

“We talked. I apologized for what was necessary. We talked about our children, grandchildren and us in general. Impossible to leave behind everything that we live together. We are older and wiser. I love this fool,” he added.

“I feel less weight in the body. It made me happy that fate has played this card for us. Life goes on rolling,” Jorge closed on his social networks.

On the other hand, the former host of Intruders noted the passage of time. He is about to turn 61 in October, while the former technical director of El Porvenir (today at Victoriano Arenas) is 66. 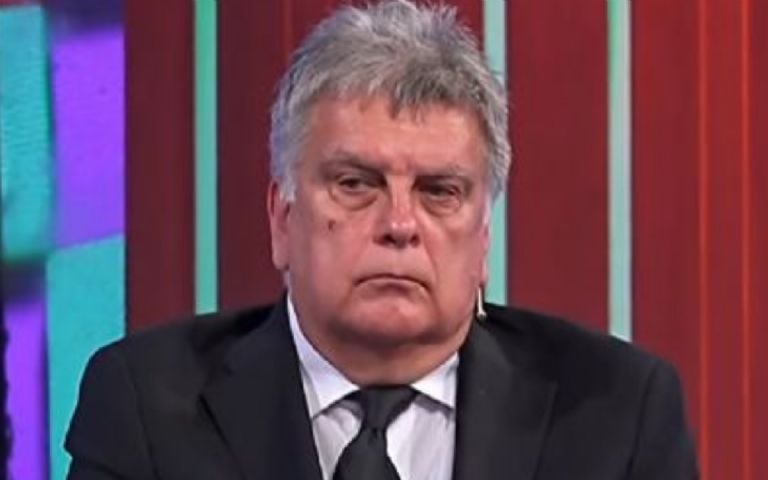 Rial put his feelings on the table and not only did he express all his feelings for his former buddy, but he also made it known in the post he uploaded on his Instagram: “I want this fool,” he repeated.

To close his testimony about this meeting, Rial was happy that fate has played this card for them, and assured that life keeps rolling. But on the other hand, on his Twitter account he also expressed himself and said “too much history in common to continue being separated.”