This Wednesday the first national edition of Primavera Sound announced its long-awaited lineup. Between October and November, prominent music stars will arrive in the country ready to shine in the prestigious event created in Spain.

The festival will follow a route similar to that of Lollapalooza as it will also land in Santiago, Chile and São Paulo, Brazil. In just 15 minutes, this Wednesday the Early Bird tickets were sold out and there is great expectation for the following stages as the super event is expected to sell out. 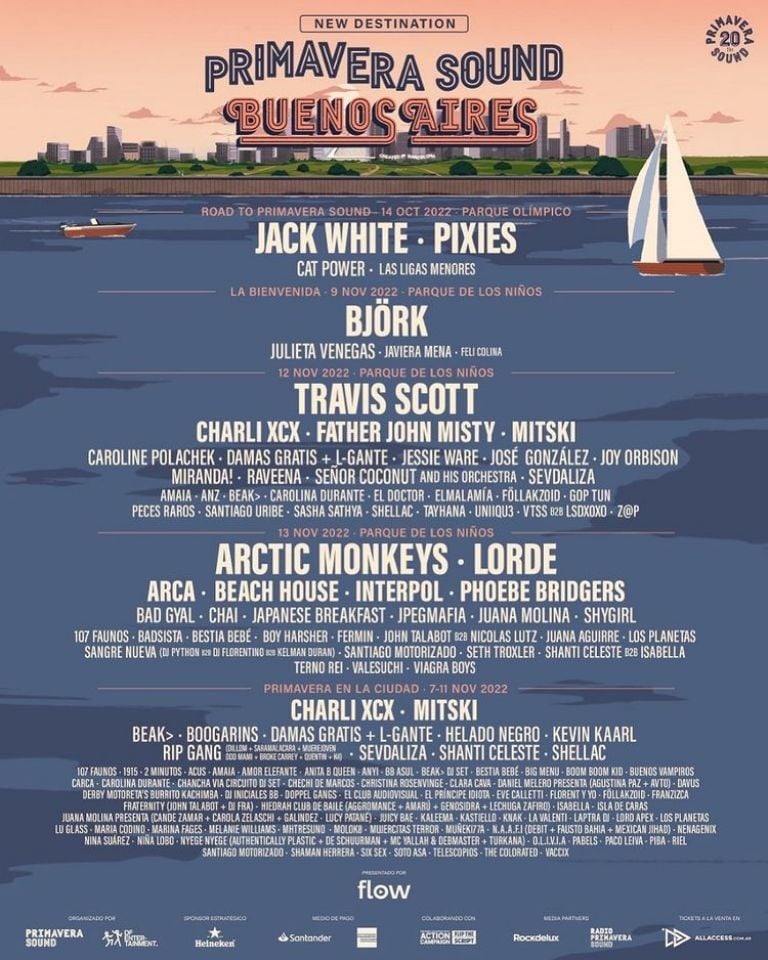 The Spring Sound It emerged in Barcelona in 2001, and has already had editions outside of Spain in countries such as the United States and Portugal. The spirit of the festival is related to a selection of alternative music artists and the most innovative pop.

The start date of the great meeting is set for October 14 at the Olympic Park, then dates between November 7 and 13 will be added at the Children’s Park and other points in CABA.

This Thursday begins the second round of ticket sales for the Spring Sound for Santander American Express credit card customers. The 4-day general pass costs $25,000, while the 3-day VIP pass costs 40,000. Finally, the VIP subscription for the 4 days, with Fast Pass entry and access to exclusive space, is achieved for $50,000.