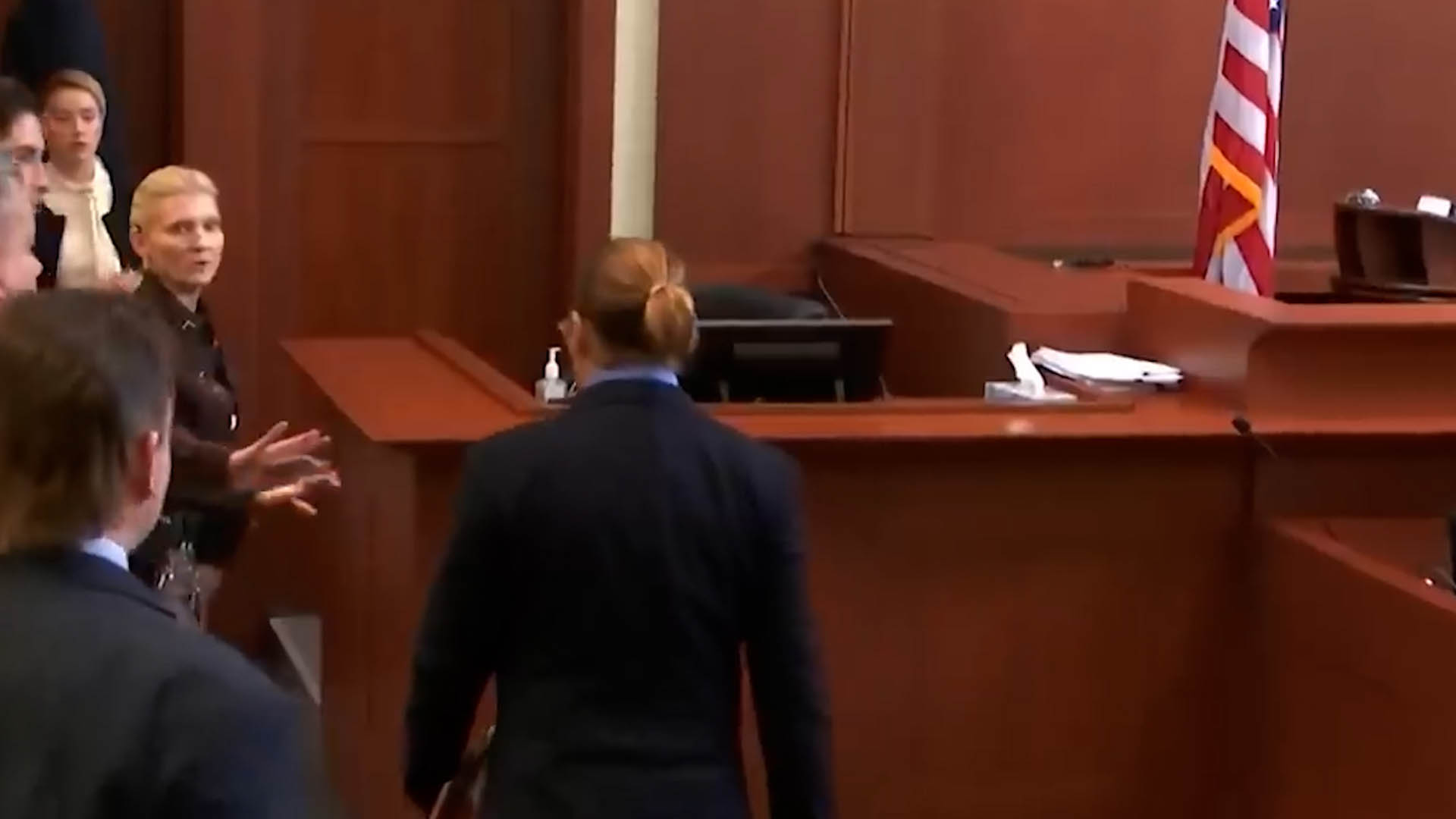 seconds after Amber Heard declared an alleged rape at the hands of the Hollywood star in the trial initiated by her ex-husband Johnny Depp for defamation, the former couple starred in a tense moment in court when the actor and his lawyers were preparing to leave the room after Judge Penney Azcarate authorized a recess.

It all happened after the session was over, in which Heard was testifying from the podium, and Depp was listening from the table in the front row.

At one point, the actress gets off the stage without noticing that her ex is trying to leave the room precisely on that side, so they both come face to face. They look at each other for a few secondsand then the officers intervene by cutting off Depp, who decides to turn his back on Heard while outlining a mischievous smile.

Depp chats with his team for a few seconds, and then she walks across the room with an officer.

Heard testified last Thursday that her ex-husband sexually assaulted her and threatened to “cut” her face with a broken bottle during a heated argument, a month after their marriage in 2015.

The “Aquaman” actress, 36, said she said Depp ripped off her robe and sexually assaulted her with a bottle. “Johnny had the bottle inside me and he put it in me over and over again,” he said, while repeatedly threatening to kill her.

Heard claimed that he managed to escape and the next morning discovered that Depp had used blood from his finger, food and paint to write “incoherent” messages on all surfaces in the house.

Videos with the statements of Amber Heard

Depp, 58, filed a lawsuit against Heard over an op-ed she wrote for The Washington Post in December 2018, in which the actress described herself as a “public figure representing domestic abuse.”

Heard did not name Depp in the op-ed, but the actor is suing her for implying he was an abuser and is seeking $50 million in damages.

Heard countersued, asking for $100 million and claiming she suffered “unbridled physical violence and abuse” at his hands.

Depp’s lawyers took to the stand experts who testified that the actor has lost millions due to abuse allegations, including $22.5 million for the sixth installment of the “Pirates of the Caribbean” franchise.

Depp filed the lawsuit against Heard in the United States after losing another libel case in London in November 2020, which he brought against the British tabloid. The Sun por call him a “wife beater.”

Depp, a three-time Oscar nominee, and Heard met in 2009 on the set of the film “The Rum Diary” and married in February 2015. Their divorce was finalized two years later.

Through tears, Amber Heard recounted how she was raped by Johnny Depp with a broken bottle
Johnny Depp vs. Amber Heard: their representatives reacted with explosive statements after the trial
Amber Heard denounced that Johnny Depp slapped her and kicked her on a plane because of the jealousy she felt towards James Franco