Jennifer Aniston revealed on Thursday that a camera assistant on his show had died suddenly.

In a statement on social media, the “Friends” star asked her fans to donate to the fund set up for Gunner Mortensen’s wife and son.

Erik Gunnar Mortensen, a camera assistant on the Emmy Award-winning series, died Monday at the age of 39 after a motorcycle accident on a stretch of Southern California highway. There were no other vehicles involved and the accident is under investigation.

The accident occurred around 6:40 p.m. on Highway 74 between Hemet and Mountain Center. Mortensen was transported to Hemet Global Medical Center, where he died about an hour later, according to a statement from the Riverside County Coroner’s Office.

Aniston, 53, paid tribute to Mortensen with a post Thursday on her Instagram story, sharing photos of him with his wife Keely and their 2-year-old son, Lars.

She said: “Last week we suddenly and tragically lost Gunner Mortensen. One of the bright lights on our set of ‘The Morning Show’.

She added, “As a camera assistant, he was so skilled and dedicated to his job.”

Check out Aniston’s full statement below: 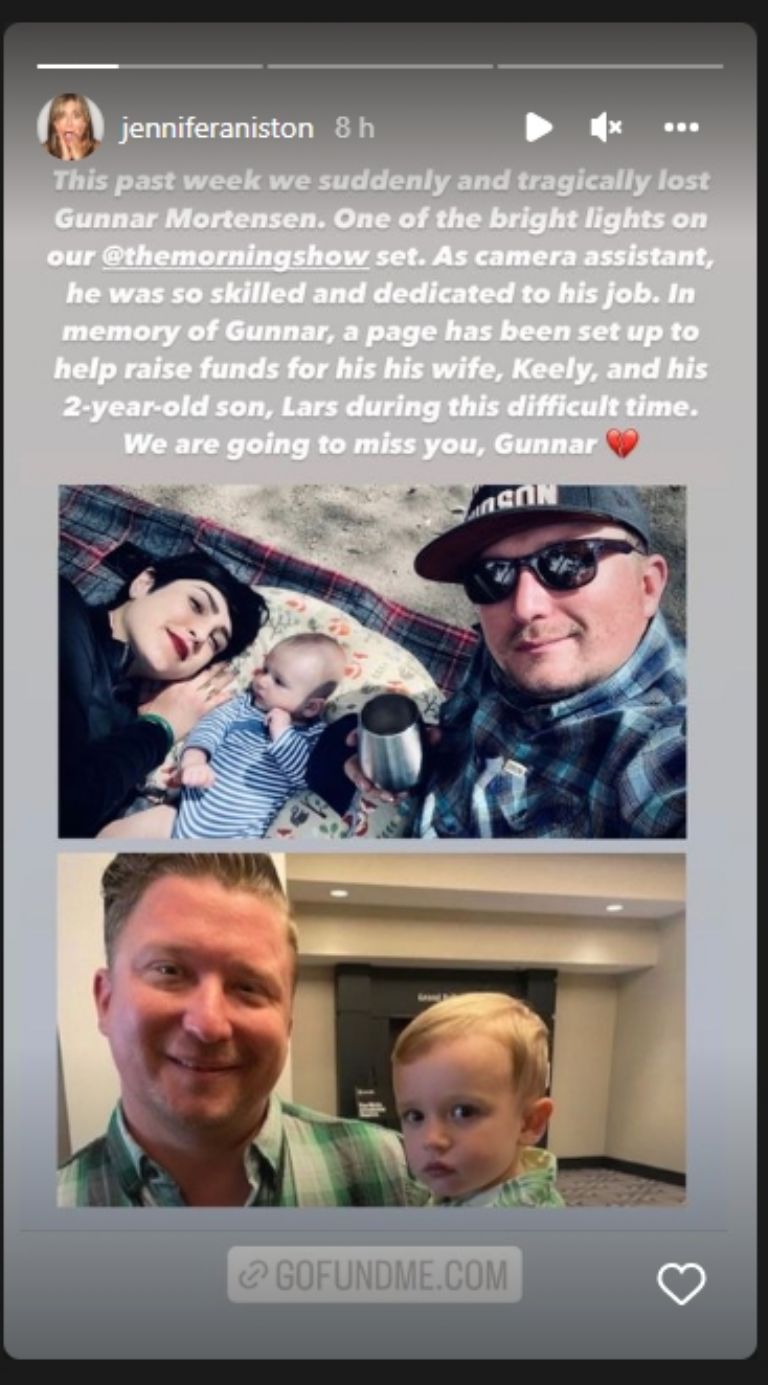