Although the return of “Al fondo hay lugar” was celebrated by his followers, there were many people who asked for the return of some protagonists; such as Andrés Wiese, who gave life to ‘Nicolás de las Casas’ in the successful series.

In a recent post on his Instagram account, Andrés Wiese thanked the public for the great reception that “Junta de neighbors” had. In addition, he celebrated the return of “Al fondo hay lugar” with an emotional message.

“Thanks to each of my dear and talented fellow actors, and above all thanks to those who have accompanied us all these months from their homes,” Wiese pointed out next to photographs of the last episode of “Junta de neighbors”.

“Finally, ‘Junta de neighbors’ is over, but today my family starts ‘Al fondo hay lugar’ at that time on América Televisión and I wish them all the success in the world”added the remembered ‘Ricolás’.

As expected, his message was not lost on his followers, who in various comments requested his entry into fiction as the popular “Nicolás de las Casas”.

As you remember, Andrés Wiese gave life to ‘Nicolás de las Casas’, son of ‘Miguel Ignacio de las Casas’ (Sergio Galiani) and ‘Isabella Picasso’ (Karina Calmet). Along with him, other actors who will not be in the series are Nataniel Sánchez, Tatiana Astengo, Mayra Couto, Irma Maury and more. 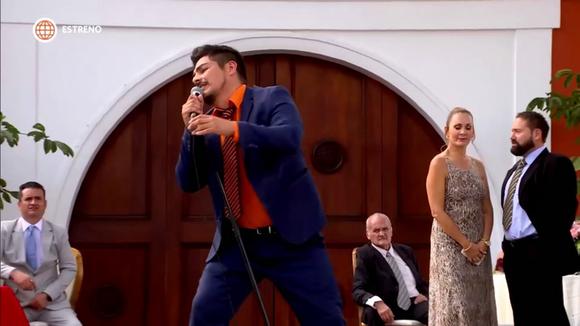