Joseph Fidel is in serious trouble. Trying to get his eldest daughter out of the country with irregularly obtained permits would have serious consequences for the Peruvian salsa singer who now lives in the United States.

According to a report from the Magaly Medinathe singer could be prosecuted for three crimes, including forgery of documents, which is punishable by up to 10 years of imprisonment.

The testimony of those involved:

César Dávila, the singer’s lawyer, assured that the problem in migrations originated because the notary of Marisol Perez Tello He misplaced the digital signature of the salsero, however, the former Minister of Justice denies it.

“It’s a lie, this is also illegal and a crime. This is about a forgery of a signature on a document that is true, that is called ideological falsehood in a public document”clarified the lawyer.

in conversation with Magaly MedinaPérez Tello assured Josimar turned to the notary’s signature taker, who is a motorized staff, to help him with permission for his daughter to travel to the United States.

In this sense, the artist would have urged the worker to allow his representative in Peru to sign said document, despite the fact that this constitutes a crime.

Carlos Andrés La Rosa Rincón, worker at the notary office of Marisol Perez Tello involved in this complicated case, he was fired and denounced before the Lima Provincial Criminal Prosecutor’s Office for the crime of ideological falsehood, since he would have lied by pointing out that he validated the salsero’s fingerprint despite the fact that he is not in the country. 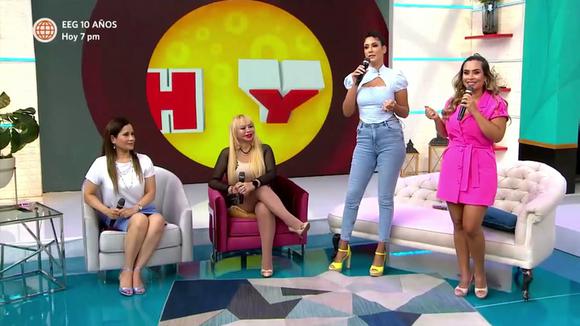