Amber Heard and Johnny Depp’s libel trial has resumed after a week-long hiatus. This is how the 36-year-old actress returned to the stand on Monday to continue giving her testimony.

However, something that has drawn attention is that, since the defamation trial began -on April 11-, Depp has avoided looking his ex-wife in the face.

What is the reason why the actor avoids eye contact with Amber Heard?

During the resumption day of the trial, Camille Vasquez, one of the actor’s lawyers, revealed the reasons why the protagonist of “Pirates of the Caribbean” avoids looking at Heard.

“You’ve looked at it many times, haven’t you?” Vasquez questioned Heard, who replied: “Yes I do”.

After that, the lawyer asked Amber if she knew the reasons why her ex-partner had avoided looking at her. “You know exactly why Mr. Depp doesn’t look at you, don’t you?” questioned, then added: “He promised you that you would never see his eyes again, is that true?” defense continued. “I don’t remember if he said that” The actress replied after giving a sigh.

However, Depp’s lawyer decided to play an audio that would be from one of the last times the couple had seen each other, in which Heard begs the actor to hug her goodbye.

The meeting would have taken place in 2016, at the San Francisco hotel, when Heard had already requested a restraining order. A meeting that Depp previously testified that she attended in the hope that “she would take back her lies” about him.

The audio is heard at the precise moment when Heard tries to hug Depp, but he refuses and she tells him: “Please, I just want to hug you and say goodbye.” Depp is then heard saying: “I am nothing to you, and I will always be nothing to you. You will never see my eyes again.”

“He has kept that promise, hasn’t he?”, Vasquez asked, referring to Depp refusing to look at Heard, to which she replied: “As far as I know, he can’t look at me.”

Weeks ago, one of the actress’s representatives assured that Depp did not have the courage to look at her before the judge. “It is no wonder that Mr. Depp does not have the fortitude or courage to even look at Ms. Heard throughout the proceedings, as he was unable to do so at the UK trial, and instead doodles and Serie”, pointed out. 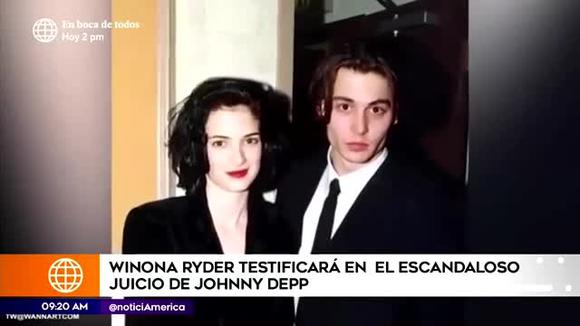 In the next few hours, the actress will speak in the lawsuit filed by Johnny Depp against the newspaper ‘The Sun’ for defamation.