“It is with great sadness that we announce the passing of Andre Leon Talley,” said a statement on his Instagram account. “An international icon for the past five decades, he was the close confidant of Yves Saint Laurent, Karl Lagerfeld, Paloma Picasso, Diane von Furstenberg and loved discovering, encouraging and celebrating young designers”.

Born in Washington in 1948, Andre Leon Talley was largely raised by his grandmother in Durham, North Carolina, and became interested in fashion at an early age.

“Every Sunday I would cross the train tracks to go to the affluent part of Durham to buy Vogue and Harper’s Bazaar, and I would come back to my grandmother’s house to read my magazines,” he told the British daily The Guardian in May 2020. “I could get away from harassment and sexual assault and take refuge in a world of beauty.”

A flagship duo with Anna Wintour

He had studied French in college, earning a master’s degree from the prestigious Brown University before entering the world of fashion journalism.

After spending time with Andy Warhol’s Interview magazine, the Women’s Wear Daily, W and a brief stay at the New York Times, he joined Vogue as director of fashion information in 1983, the same year as Anna Wintour who became its editor. chief. He will remain there for thirty years, until his departure in 2013, with the titles of creative director or editor-in-chief, forming a flagship duo with Anna Wintour.

The latter described Wednesday the loss of “his colleague and friend” as “immeasurable”.

“He was beautiful and erudite and laughable — but also moody,” she said in a statement. “There were tough times but all I want to remember today, all that matters to me is the brilliant, compassionate man who was a generous and loving friend to me and my family. for so many, many years and will be sorely missed by all of us. 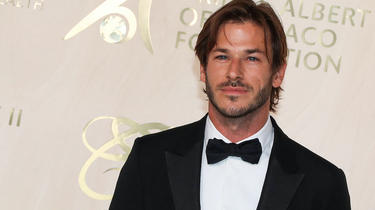 The world of fashion and culture paid tribute to him on social networks. “Farewell dear Andre (…) no one has seen the world in a more chic and elegant way than you,” wrote designer Diane de Furstenberg on Instagram. “I loved you and laughed with you for 45 years.”

Oscar-winning actresses Octavia Spencer and Viola Davis tweeted their sadness, as did Slave Play author Jeremy O. Harris, who tweeted that “for a gay black boy who wanted to reach for the stars from the South , there were few people up there among the stars who looked like me, only more sublime, and who I could look up to, except you, Andre”.