Since the outbreak of the pandemic that Mirtha Legrand he does not conduct his traditional lunches with continuity. The arrival of the coronavirus turned everything upside down for the diva, who had to take refuge inside her home to take care of the disease.

That caused her granddaughter Juanita Vialeto replace her, in what was believed to be a temporary situation but that extended over time, to the point that the actress was left in charge of the cycles of eltrece, both on Saturday nights and at Sunday lunches .

The focus was directed to the return of Mirtha, who has expressed a great desire to return to work and take control of the historical program that he has starred in for decades. However, something in the negotiations with the eltrece authorities is stalled. 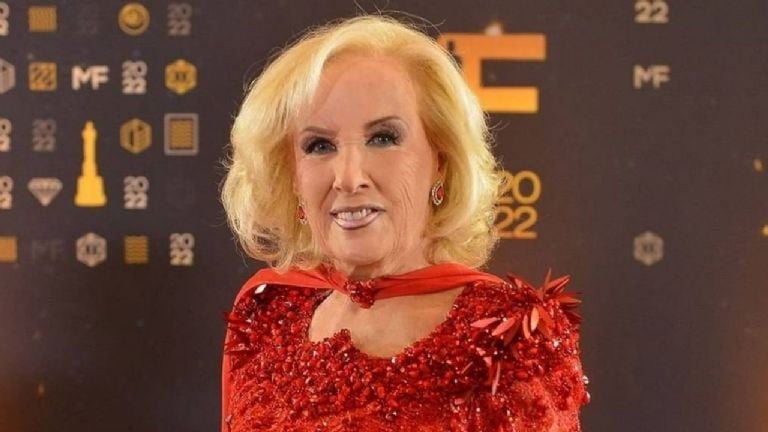 The Constitución channel has not yet announced whether it will continue the program, either with Juanita or with Mirtha, or maybe with a mix between the two. And in that sense, hundreds of speculations were activated, of all kinds, until it appeared louis ventura to return various data.

The journalist from America described the demands that the diva made on the management that she commands Adrian Suar: “He asked for a ten-day extension to agree on the contract because there are several points that they want to correct.”

As for the details of those monetary issues that hold up the agreement, Luis added: “The first point is to raise the amount of money that Mirtha should receive as a salary. In addition, Mirtha is interested in the percentages of PNTs -non-traditional advertising- that would correspond to the producer and their distribution within the Program”.

For its part, suar He contributed a bit of the panorama and maintained in the Mañanísimas cycle: “I hope he comes back. I wish. I adore her, I would love for her to come back, Juana too. We made them an offer and now they are going to answer. Hopefully it can be resolved, we want it”.

The programming manager of eltrece contributed his vision and recognized the core of the problem: “It is an economic issue, there is nothing else. Hopefully we can make it. The channel wants, if they want it will be achieved. And if not, it would make me very sad that Mirtha is not on the screen.